The cogen units will provide steam for Suncor’s extraction and upgrading operations and deliver 800 MW of power – about 8% of Alberta’s current electricity demand – into the provincial power grid. They will also provide a much-needed demand boost for Alberta’s struggling natural gas producers. 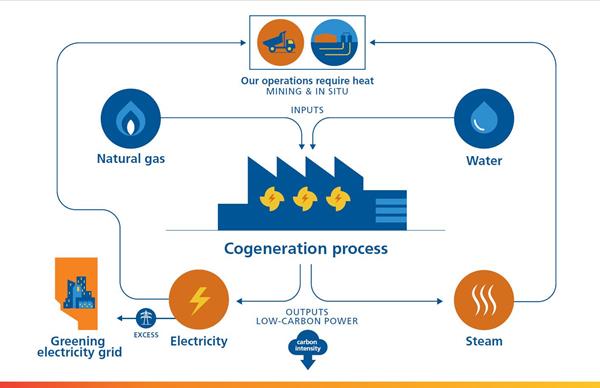 Replacing the coke-fired boilers with cogeneration will reduce greenhouse gas emissions from the base plant by about 25%, Suncor said, and will cut sulphur dioxide and nitrogen oxide emissions by 45% and 15%, respectively.