According to Mozambique’s National Health Institute, the Total project at Afungi accounted for 19 of the 31 confirmed Covid-19 cases that had been recorded in country at that time.

The operator and 26.5% stakeholder, together with its partners – Mozambique’s national oil company ENH, Japan’s Mitsui, Thailand’s PTT and India’s ONGC Videsh, Bharat Petroleum Resources and Oil India – are involved in preliminary construction work on the $20bn, 12.9mn metric tons/yr LNG facility that has become the centre of Mozambique’s Covid-19 outbreak.

Of the 76 Covid-19 cases that had been diagnosed in Mozambique by April 27, 66 were linked to the Afungi outbreak and they were all linked to a Total worker. Of the 66 cases in the area as at April 27, 47 were at the gas project site. If construction is completed as scheduled in 2024, the project will process gas from the Golfinho and Atum fields, offshore Area 1 of Rovuma Basin.

US giant ExxonMobil, operator in a separate LNG project in Area 4 of the same basin, had two weeks earlier announced that it had decided to defer a final investment decision (FID) for its $30bn project.

ExxonMobil and its partners – Portugal’s Galp Energia, South Korea’s Kogas, Italy’s Eni, China National Petroleum Corporation (CNPC) and ENH – had planned to take FID on a 15.2mn mt/yr onshore complex by June this year, looking to produce gas in 2025. The gas would have been taken by the project’s equity-holders.

A third LNG project in the southern African country, the Eni-led Coral South floating LNG plant, has rescheduled work related to offshore drilling for gas although it remains confident that production will begin as planned in 2022. Like the two onshore ventures, Eni’s $4.6bn, 3.4mn mt/yr facility would draw gas from the Rovuma Basin. Eni, ExxonMobil, CNPC, Galp, Kogas and ENH are the partners in the FLNG investment. 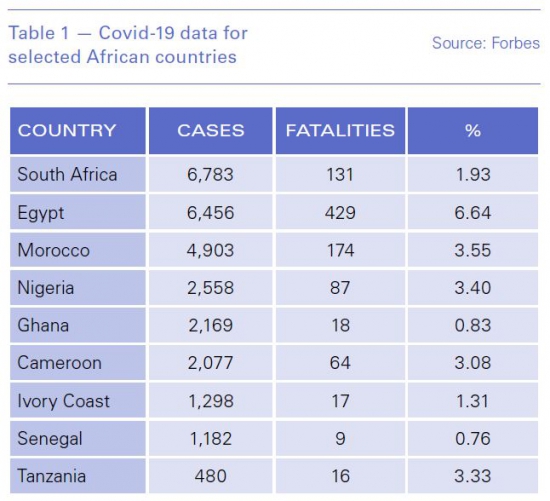 The international Monetary Fund (IMF) predicts that ExxonMobil will defer FID to 2021 and production will also be delayed by a year, it said in report issued on April 30. The multilateral institution had agreed to lend $309mn to Mozambique to help the country meet urgent balance of payment and fiscal needs stemming from the Covid-19 pandemic.

“ExxonMobil and its partners have yet to reach an FID on this project. Under the challenging global environment of lower energy prices and tighter financing conditions, it is plausible to assume that ExxonMobil and its partners will delay the FID to 2021 and start LNG production only in 2026. The LNG megaprojects led by Total and ENI, however, are assumed to move ahead as scheduled because their FIDs have already been reached, contracts to deliver LNG have been signed and financial penalties for non-delivery are substantial,” it said.

Mozambique expected a more immediate socio-economic transformation driven by its 180 trillion ft³ of gas, mostly found in the Rovuma Basin. The country could earn $100bn in taxes and other revenues from the three LNG projects over their lifespans, transforming the economy.

A Forbes Africa tally said May 4 that Africa had 45,474 cases of Covid-19, 1,803 associated deaths and 15,155 recoveries. The numbers should be treated with caution, as there seems no standard way of counting cases, even within the European Union.

Most of the infections were in the continent’s biggest economies as well as the major oil and gas producing countries (see table). Tanzania, which has the second largest proven gas reserves in south-eastern Africa after Mozambique at 57 trillion ft³, had the highest number of cases in east Africa.

The African Union (AU) says the continent’s economy will suffer due to the infection. It forecasts the biggest impact to be on economies that are highly dependent on hydrocarbons and tourism.

As a result, the AU’s 7% growth rate projection for the continent for 2020 will be missed, it said in a document, Impact of the Coronavirus (Covid-19) on the African economy. Revenues related to oil and other hydrocarbons could drop by at least 40% to 50% on the continent, adds the document, that was released on April 3.

Norwegian energy firm Equinor, leader of a consortium that plans to build a $30bn onshore LNG facility south of Tanzania using gas from that country’s share of the Rovuma Basin, said that during the Covid-19 pandemic it had carried out extensive analysis of its portfolio to see where the weak points were for saving cash.

Negotiations for a host government agreement (HGA) with Tanzania are on hold pending the outcome of the production sharing agreement reviews.

“Our priority is getting in place a financial framework through the HGA. We believe it is in the mutual interest of both Equinor, its partners and Tanzania that this resource is developed, and we are working with the authorities in order for this to happen,” Haaland added.

Equinor’s partners in the long-delayed LNG project include Anglo-Dutch Shell, US ExxonMobil, Singapore’s Pavilion Energy of Singapore and the Tanzania Petroleum Development Corporation.

Equinor is the operator with a 65% working interest in an offshore block while ExxonMobil holds the remainder. The block has about 23 trillion ft³ of recoverable resources. Shell is the operator in another partnership that includes Medco Energi – owner of Ophir Energy – and Singapore’s Pavilion. The partnership has about 16 trillion ft³ of offshore gas as well. The quintet are planning to jointly build the onshore LNG complex. Tanzania’s government expects construction of the 10 mn mt/yr project to start in 2022, ending six years later.

Gas exploration and development firm Aminex, however, is drastically cutting costs in its operation in Tanzania to help it navigate around the adverse impact of Covid-19 and the resulting drop in the oil price. If restrictions in movement that the Tanzania government has imposed in an effort to stem the spread of the infection are prolonged, Aminex said in an April 27 statement, “there may be a delay in the group's operations in Tanzania as access to sites, personnel and equipment may not be possible. The group will consequently carefully review any capital asset investment decisions and take further action to reduce costs if necessary.”

But it is not all bad for Tanzanian projects. Wentworth Petroleum, which is partners with Indonesian Maurel & Prom in the onshore Mnazi Bay gas production operation, told NGW that the company was now debt-free and the government was up to date, as of March, with its gas bills.

The producing consortium includes a state entity, and all the gas is sold at predictable prices to the state power generator, with no minimum delivery quantities for the producer, but take-or-pay obligations on the purchaser.

The company would therefore be among those that will pay dividends, the CEO Katherine Roe said. “We are in a lot better than merely survival mode. Unlike nearly every other company, we have no commodity price risk; we have cash in the bank; we are still paying dividends; and we have no debt. And we are operating in a country that is going the right way: the president is overseeing infrastructure projects as the economy grows and he is absolutely taking the country forward.”

There had been no impact on operations either, as a result of the Covid-19 crisis: "The Mnazi Bay operational staff live in a compound which has everything needed including medical supplies. But staff are staying in-country, with no rotation, as a precaution against infection. There are three French managers who would have a month at home every other month; the other staff are Tanzanian. So far the contingency planning has not cost the joint venture.”

Zimbabwe does not have a natural gas industry yet but Australia Stock Exchange-listed independent Invictus Energy is advancing towards exploratory drilling in the second half of this year on an acreage where abundant potential for gas was first identified in the 1990s by Mobil. Getech Group estimates the prospect has 9.25 trillion ft³ of gas.

Invictus CEO Scott Macmillan said the Covid-19 enforced national lockdown made it impossible for his team to make a presentation to a technical committee of the Zimbabwe government. Also, a traditional ceremony meant to officially welcome the company to Muzarabani could not take place owing to government restrictions against gatherings and movement. However, he said Invictus remained on track to deliver its key milestones once the restrictions have been lifted and business resumes. The volatility that Covid-19 has triggered globally, he added, will not hamper progress on its Zimbabwe project.

“Our project has a unique combination of low-cost entry, long-dated and relatively low-cost work commitments due to its onshore location with good infrastructure, significant scale in terms of prospectivity and running room upon success, and importantly, multiple monetisation pathways,” Macmillan said in an activity report on April 30.

“With the regional gas market a focus for the company rather than overseas exports, the gas sale agreements are generally fixed price, long-life contracts over 10-20 years which results in stable pricing and remain unaffected by the sort of volatility we are witnessing in the oil and LNG market at present.”