In December 1970 the first LNG “satellite” facility was commissioned in northeast Spain, in a village close to the French border, inaugurating the “small scale” business in the Iberian Peninsula. Since then, more than half a million trucks have been loaded at the Spanish LNG import facilities and unloaded in hundreds of satellite LNG plants built in Spain and abroad.

The business model of large LNG regasification terminals has traditionally been based on the reception, unload, storage, and regasification of LNG, finally delivered to end-consumers through the gas networks. However, in recent years, besides usual large-scale LNG services, European LNG infrastructure players have been adapting their business models and introducing new technology to respond to the greater relevance of small-mid scale LNG services. These services refer to:

Although the small-mid scale LNG business is experiencing a significant development in the last years, future growth in the EU crucially depends on many factors, notably a more favourable regulation. Pricing, taxation, environmental rules, infrastructure availability and the commitment of the industry are also key factors.

LNG is one of the most environmentally-friendly fuels, given that it generates about up to 30% fewer emissions of CO2 than oil. Moreover, it reduces significantly emissions of sulphur oxides (SOx), particulate matter and nitrogen oxides (NOx), which will allow complying with increasingly tight environmental regulations.

LNG contributes to the decarbonisation of the transportation sector and to reduce local pollution in our cities and seas. As regards maritime transport, LNG is the most efficient solution for new vessels to meet the requirements for lower sulphur content in marine fuels in the SOx Emission Control Areas (SECA), which affect half of the fleet in European short sea shipping. Today more than 50 gas-fuelled ships are currently running in Europe while another 69 new ship-building orders have now been confirmed[1].

It means a significant growth taking into account how young is the LNG-powered ships’ sector. LNG-powered ship engines are now widely available in the market. While in Norway the use of LNG as maritime fuel is more extended, the take-up of LNG as maritime fuel in Europe is now starting also, with Sweden, Finland, Belgium, the Netherlands and the UK being the EU member states to have LNG bunkering facilities at present. Other countries, such as Spain, will also have LNG bunkering facilities soon. 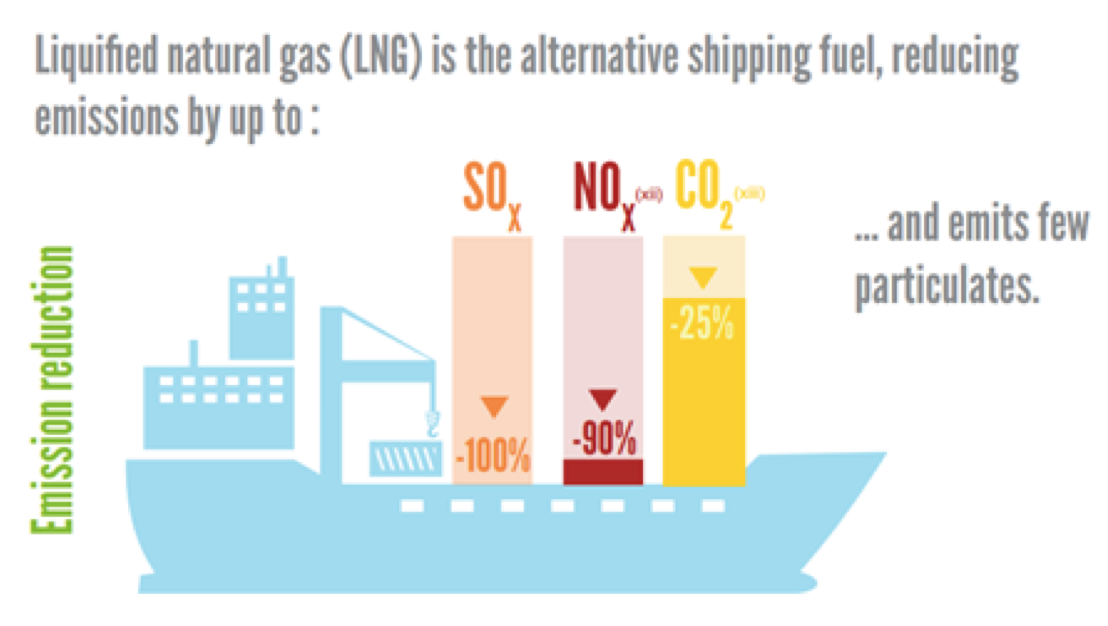 As regards road transport, LNG vehicles are also based on mature technology, using conventional internal combustion engines. There are more than 1500[3] LNG-fuelled trucks operating in the EU and more than 100 LNG refuelling stations (23[4] in Spain). This number is increasing every year.

LNG, including liquefied bio-methane, can offer a cost-efficient technology for heavy-duty vehicles to meet the stringent pollutant emission limits of Euro VI standards. The Trans-European Network for Transport (TEN-T) should be the basis for the deployment of LNG infrastructure as it covers the main traffic flows.

From a regulatory perspective, the EU is taking action to promote the use of LNG for mobility. The EU Directive on the deployment of alternative fuels infrastructure 2014/94/EU requires member states to ensure an appropriate number of LNG refuelling points across Europe.

In this context it is worth mentioning the European Commission's co-funded LNG Blue Corridors project. The project aims at improving knowledge and awareness of LNG as an alternative fuel for medium and long distance road transport. The core of the project is the deployment and demonstration of four LNG Blue Corridors. This will include building 14 new LNG stations and building up a fleet of about 100 LNG heavy-duty vehicles which will operate along the corridors.

Gas Infrastructure Europe (GIE)[5] is the European association representing gas infrastructure operators active in the transmission, storage and LNG regasification business. GLE, a sub column of GIE gathering LNG terminal operators, is excited about the opportunities offered by small-mid scale LNG and will play its part in promoting its further development in a safe way. GLE regularly gathers and actualizes information about small-mid scale services too.

The LNG New Services Inventory[6] provides an overview of the new services (reloading, trans-shipment, bunkering ships, truck and rail-loading) offered by the European LNG terminal operators. Although these services are labelled as “new”, some of them have already been offered successfully in a few countries for many years or even decades.