TEHRAN, July 12 (Shana) – Inauguration of the second train of the refinery facility of Phase 19 of the supergiant South Pars Gas Field has brought its sweetened gas output to half of its nameplate capacity.

Hamid Reza Masoudi, operator of the phase, said the refinery capacity, now that its second train has come online, will reach its full capacity within the next few weeks.

The train came online earlier this week after Platform 19C of the phase became operational.

Plans are under way to bring gas recovery from the phase to 2 billion cubic feet per day by the end of the current Iranian calendar year to March 19 2017.

Phase 19 of the supergiant South Pars Gas Field is a leading project in new development operations over the field. The phase came on-stream in April with 7mcm/d of natural gas output. 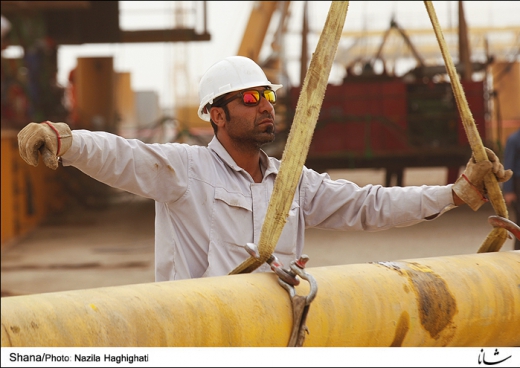 This development phase was awarded by Pars Oil and Gas Company (POGC) to a Petropars-led consortium of Petropars Limited and Petropars Iran and IOEC in June 2010 under an engineering, procurement, construction (EPC) contract.

Petropars Limited and Petropars Iran are responsible for onshore installations and drilling operations.