Plans to develop LNG-to-power projects in South Africa have suffered a setback after the government rejected an application by Turkey’s Karpowership to operate floating power plants at three of the country’s major ports. The company, a unit of a unit of Karadeniz Energy Group, had earlier been included among the preferred bidders to supply electricity to South Africa – a country struggling with chronic power shortages.

However, the South African Department of Forestry, Fisheries and the Environment (DFFE) subsequently rejected Karpowership’s application for environmental authorisations in June. The decision complicates the country’s efforts to alleviate its power shortages and raises questions about how new generation capacity additions can be balanced with environmental concerns.

Karpowership’s selection as a preferred bidder in March came as South Africa sought to address crippling electricity shortages that started around 2005 and are costing the country billions of rands each year. In a tender to provide 2,000 MW of emergency power supplies, Karpowership was dominant among the preferred bidders, selected to supply a combined 1,220 MW via three of its LNG-to-power vessels – known as powerships.

The Karpowership contract was estimated to be worth 218bn rand ($15.2bn) over a 20-year period, which would have made it one of the biggest ever in the global market for floating power stations. The vessels would have been moored off the ports of Coega, Saldanha and Richards Bay.

In a statement released at the time of its selection, Karpowership described the powerships as “fully self-contained floating power stations that operate on regasified LNG, together with specialised floating storage and regasification units (FSRUs) for the LNG”. It added that the ships had already been built and were available immediately for deployment in South Africa.

However, the DFFE stated on June 24 that “after due consideration of all relevant information presented as part of the environmental impact assessment process for all three applications” it would not grant environmental authorisations to the three projects. The department said that in each application, “the minimum requirements, specifically with regard to public participation, were not met”. In particular, it highlighted the fact that underwater noise generation from the projects at the proposed sites had not been fully investigated, which it said meant that the environmental impact could not be adequately assessed. The DFFE also cited “discrepancies and contradictions between specialist studies clarified by the Environmental Assessment Practitioner”.

The department was not the only one to raise concerns over the powerships, which had also received considerable pushback from environmental groups on concerns over their impact. Additionally, an unsuccessful bidder in the emergency power tender, DNG Energy, is challenging the result in court and alleging that the process for selecting the preferred bidders had been marred by corruption.

The company has claimed that some of the bidders – especially Karpowership – had been unlawfully granted exemptions from the tender requirements. Karpowership, for its part, denies the allegations.

DNG, which had bid for the right to build three gas-fired power plants, is seeking either to take over Karpowership’s contract, or alternatively have all the winners in the tender barred from completing their deals with the South African government. 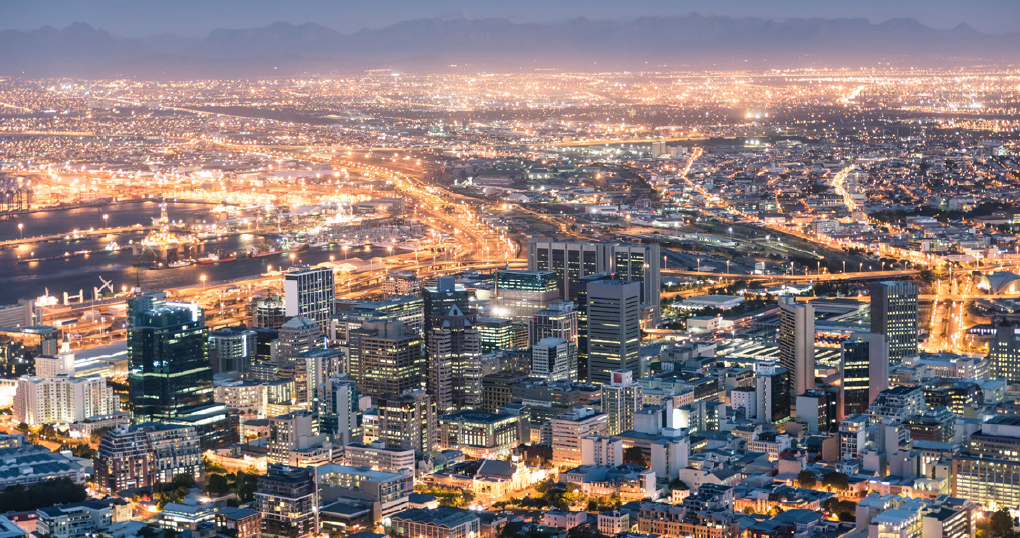 The case could be heard in the country’s high court in July, and is thought to pose a significant threat to the entire programme to supply South Africa with emergency power. And if the programme is derailed, this may well complicate any new efforts to address power shortages, especially in the shorter term.

“The provision of power generation has become politically charged and amid DNG Energy’s allegations, the process is descending into farce,” IGM Energy’s principal advisor, Ian Simm, tells NGW. “For all that the country’s green groups have cheered the decision to reject the Karpowership application, there appears to be little consensus on a feasible alternative and this could well prove problematic for the build out of industrial-scale power capacity.”

Any new power plant will likely run into environmental and local opposition, with the South African government coming under pressure to balance these opponents’ concerns with addressing power supply gaps as quickly as possible.

Given the urgency of this, projects that could quickly be brought online would be expected to have significant appeal, and Karpowership’s vessels fitted the bill in terms of faster deployment. The attractiveness of floating LNG (FLNG) options can be seen beyond South Africa too, and indeed, Karpowership operates its floating LNG-to-power plants in a number of other countries already.

“The FLNG-to-power model is attractive because of its rapid start-up time,” says Simm. “For countries with few alternatives, like Lebanon, this is a great solution. However, energy as a service inevitably means that host country costs will shift from construction to tariffs.”

In South Africa’s case, LNG-to-power could also help the country shift away from its extensive coal use for power generation. Currently, around 77% of South Africa’s primary energy needs are met by coal, according to government data. However, some groups – globally, not just in South Africa – oppose any new fossil fuel projects, instead advocating a jump straight to renewables. This has led to considerable debate about what is desirable versus what is feasible when it comes to balancing environmental concerns with power demand.

“While there may be resistance to further fossil fuels projects, replacing coal with gas would be an important step on South Africa’s energy transition,” says Simm. “However, the country will need to balance its requirements with control of its energy security,” he continued. “The 865-km gas pipeline from Mozambique means that the country is hard-wired to a significant gas resource while facilities at Maputo could also be used for gas imports further down the line. Nonetheless, save for a rapid growth in renewables, South Africa will need to accept less control over price if it is to wean itself off domestic coal.”

The fight over Karpowership’s proposed projects appears set to continue for some time. While DNG prepares for its court case to be heard, other groups are trying to save the projects.

Karpowership itself said immediately that it would appeal against the DFFE’s decision, and that it was confident of winning. Meanwhile, various business lobby groups have also launched appeals against the decision, or have declared their intentions to do so.

Even if Karpowership succeeds in having the decision overturned, though, the fight could still result in significant delays. However, if it fails and alternative projects have to be developed instead, that process would likely take even longer. And in the meantime, South Africa will continue to struggle with power shortages, despite president Cyril Ramaphosa’s recent move to allow companies to generate up to 100 MW of their own power needs without a licence. This is expected to help provide some relief and break state-owned utility Eskom’s monopoly, but not immediately, and not to the extent that the power shortages will be resolved. In order to fully tackle the shortages, larger projects are needed, and LNG-to-power should be one of the more attractive options, but the fight over Karpowership’s plans may have undermined the appeal of its offerings.

“There is a strong case for LNG-to-power as a short-term solution for South Africa, however the bidding process may have tainted its image in the country,” says Simm. “There appears to be uncertainty about what South Africa’s energy mix should look like and this will likely see the situation drag out further.”