Russian president Vladimir Putin has kick-started the EU transition away from natural gas. Moscow cut or reduced gas supplies to Bulgaria, Poland, Finland, The Netherlands and Denmark in April and May, and on August 31, it halted deliveries via the Nord Stream 1 pipeline, ostensibly because of equipment failure. Then on September 26 and September 27, Nord Stream 1's two strings suffered large leaks, along with one of the two Nord Stream 2 strings, with sabotage widely suspected. 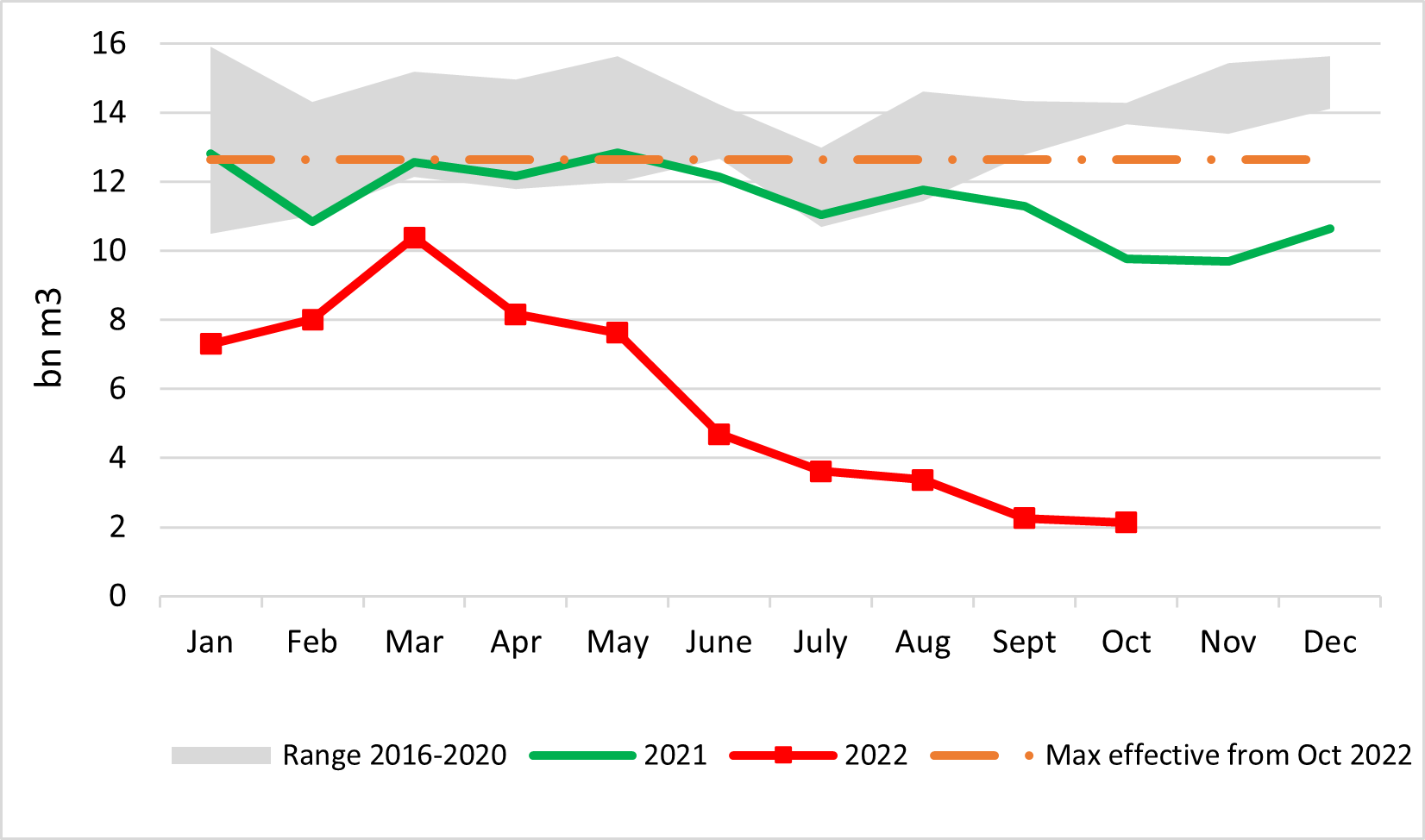 At a record low of only 2.1bn m3 in October, or 5.6% below the previous record low in September, the European market’s resilience will soon be tested as the remaining Russian flows are non-replaceable as Europe has been too dependent on Gazprom. Unless the EU manages effectively to act in solidarity to avoid German industries to be the ones taking the full hit, the next three winters will be very challenging.

As the two lines of Nord Stream 1 are filled with corrosive sea water, they will never be used again; we therefore adjusted the maximum levels of the graphs by taking out Nord Stream 1’s capacity. We can also safely assume that Poland, now completely independent from Russian gas, will not allow any Russian gas to be imported any longer, at least for its own demand. The theoretical and effective maximums are reduced to respectively 13.5bn m3/month and 12.6bn m3/m; lower than what Europe was getting some months prior to Russia beginning to weaponise gas supplies in 2021. There is now way back to “business as usual”; Gazprom is no longer in a position to kick-start a price war in Europe.

We could expect Russian pipe flows to stay between 0.9bn m3/m (TurkStream only as Russia has little incentive to fully cut off Europe) to 4.5bn m3/m (TurkStream and the Ukrainian route). The uncertainty Europe faces coming from Russia alone amounts therefore to 3.6bn m3/m or 43bn m3/yr. This is more than 10% of EU demand or 17% of storage capacity at the end of this winter.

Split of Gazprom’s monthly gas exports to Europe via route 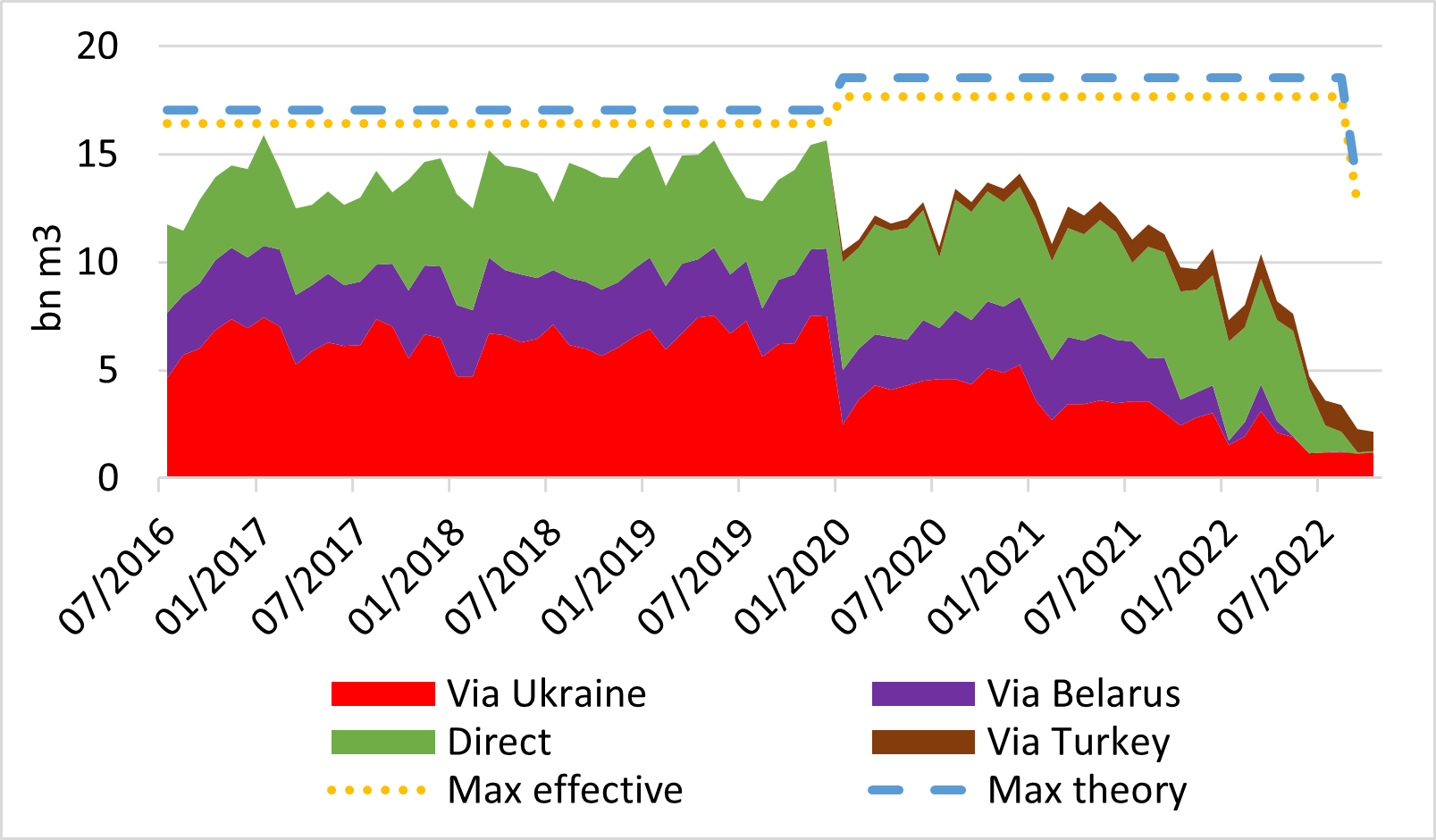 In October, LNG send-out was 83% above both last year and the historical mean. 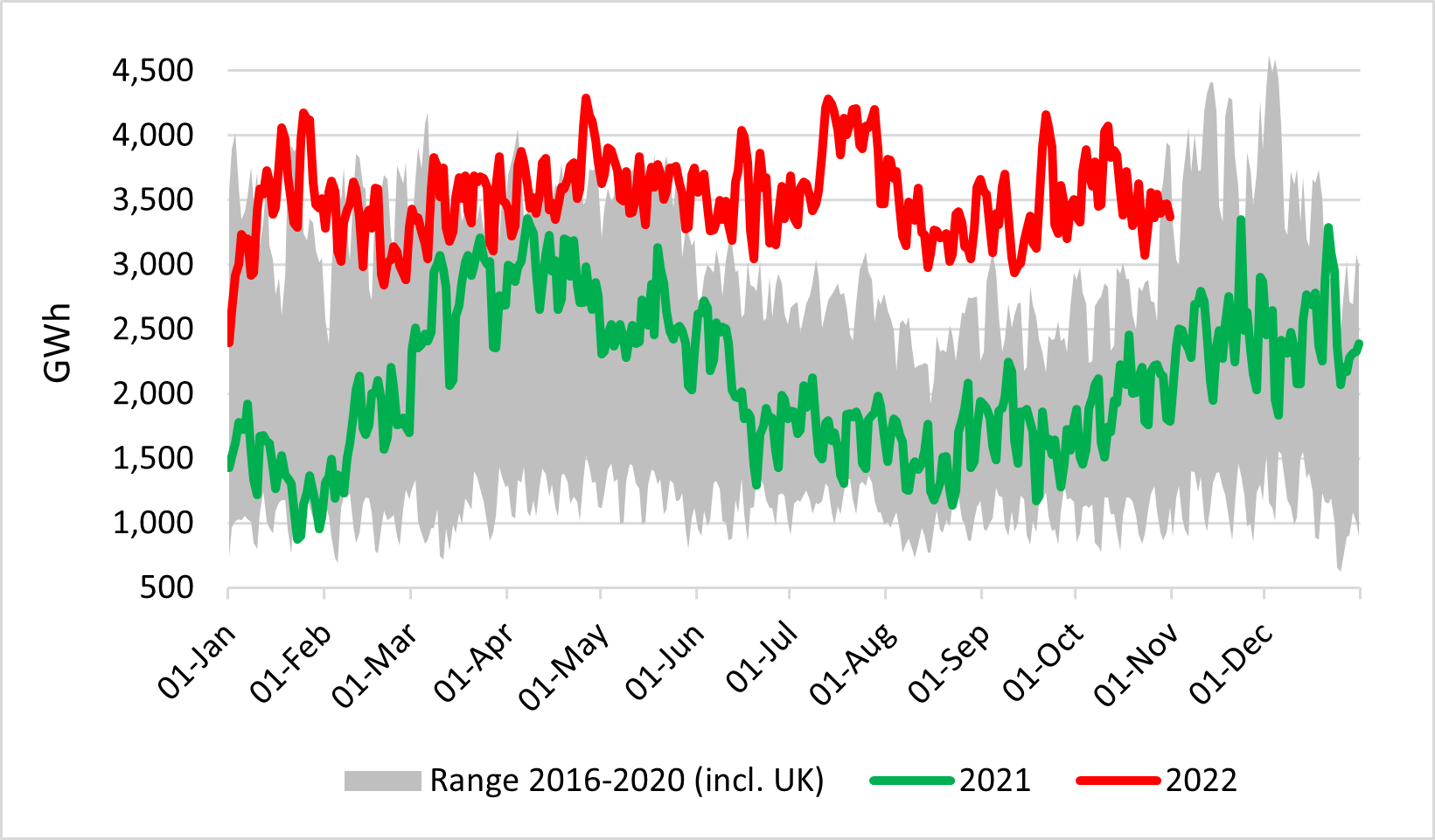 With very warm weather, the filling of EU storage continued in October reaching 95% at the end of the month. With storage quasi full and demand low, spot prices went down. This is the first year ever, storage refilling lasted all over October in Europe and should extend to early November. 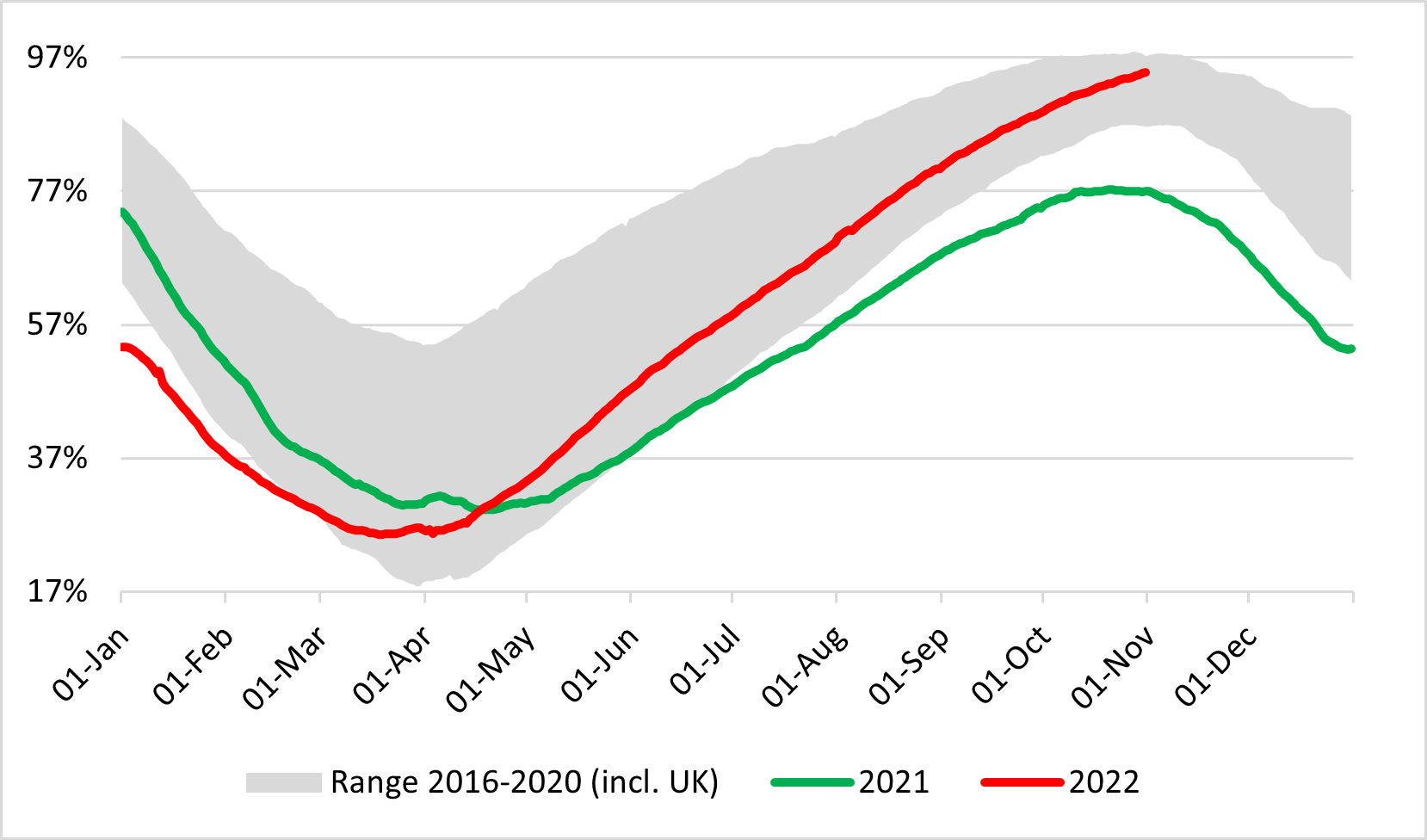