US President-elect Donald Trump has picked former Texas governor Rick Perry as his nomination for energy secretary, according to several US news media on December 14.

Perry famously said in 2011 that he wanted to scrap the Energy Department which, subject to Senate approval, he will now lead. 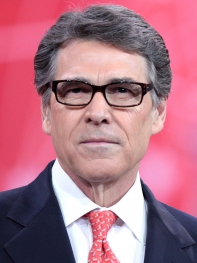 "As the Governor of Texas, Rick Perry created created a business climate that produced millions of new jobs and lower energy prices in his state, and he will bring that same approach to our entire country as Secretary of Energy," said Trump's statement carried by CNN, Chicago Sun-Times, BBC and others.