Ralf Dickel: “Achieving the Paris goal by green hydrogen is a pipedream” [GasTransitions]

“It’s a pipedream,” he tells Gas Transitions in an interview. The same, he notes, goes for most other countries. “We need to come to terms with the fact that we will need blue hydrogen, based on natural gas with carbon sequestration, as a transition solution.” 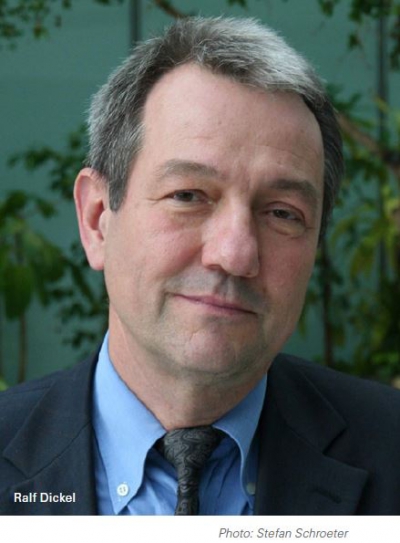 German Minister of Education and Research Anja Karliczek said on 2 June that Germany “needs a Cape Canaveral of hydrogen”. She told newspapers she wants Germany to become “world champions in the field of green hydrogen”.

For Karliczek there is no question that the hydrogen Germany will be producing will be of the green variety. Blue hydrogen she earlier called a “distraction”. The German Minister for the Environment, Svenja Schulze, feels the same, unlike the Minister of Economic of Affairs, Peter Altmaier, who does see a role for the blue variety.

Ralf Dickel, Senior Visiting Research Fellow at the Oxford Institute for Energy Studies (OIES), who formerly worked for the Energy Charter Secretariat, the International Energy Agency (IEA), the World Bank and German gas company Ruhrgas, is worried about the irrational turn the energy debate in Germany is taking.

In a research paper published on 4 June by OIES, “Blue hydrogen as an enabler of green hydrogen”, he provides a detailed and extensively documented argument why a drastic expansion of green hydrogen production in Germany “won’t work”, as he puts it to Gas Transitions. The same, he says, goes for the rest of the EU.

“Decarbonising the … non-electric energy sector by major recourse to renewable electricity does not seem possible ahead of 2050, either in Germany or in the EU,” he writes in the paper, “unless renewable electricity is rolled out at rates far in excess of current expectations.” He warns that “producing significant volumes of green hydrogen would risk eating into the decarbonisation success of the electric sector as well as missing the Paris Agreement targets.”

Dickel argues in the paper that “a kWh of renewable power can either be used to replace fossil/thermal power generation or, alternatively, to produce green hydrogen from electrolysis. The greenhouse gas saving effect of replacing thermal power is much larger in the former case (see graph).”

He explains this “”is due to the inevitable losses of usable energy of 50% and more in thermal power generation. One kWh of renewable power can replace one kWh electric from thermal generation, where the thermal energy input is at least twice the electric output if produced in a CCGT, and up to three times more if produced in a lignite power plant, with the corresponding CO2 emissions.” In addition come the conversion losses of electrolysis of 20% and more.

Of course if there was an excess of renewable power, this would not matter too much. Germany, however, is phasing out its nuclear power plants and also its coal power plants (by 2038). The annual volume of thermal production power to be closed (from now on) is 217.6 TWh (68 TWh nuclear, 102 TWh lignite and 47.6 TWh coal) by 2038. Current net power consumption in Germany is around 513 TWh (excluding exports).

By contrast, the total annual production increase of renewable power, based on present policies, is only 10.8 TWh/year, Dickel notes. This means that just “replacing all thermal power production [that will be phased out] needs 20 years of adding 10.8 TWh/year annually at the present envisaged speed.”

He notes some 34 TWh/year of nuclear power will be shut down both at the end of 2021 and 2022 With annual additions of 10.8 TWh of renewables, it will take 6 years to compensate for these closures.

If renewable energy continues to grow at the present speed (10.8 TWh/year), the coal and nuclear phaseout means that there is a big gap to be filled by natural gas. In 2035, fossil power (a little bit of coal, mostly gas) will still supply 35% of total German power demand. In 2050, gas-fired power will still supply 20%, in particular for load following.

Dickel notes that this non-renewable power production also needs to decarbonized. One option might to be to use hydropower from countries like Norway, Sweden and Switzerland, if enough interconnection capacity can be built and the countries are willing and able to integrate their markets. In that case, there would only be a small role left for gas-fired power plants by 2050.

But all of this only applies to the electricity sector, which is good for just 22% of total final energy demand in Germany. In the non-electric sectors, renewable energy is currently mainly limited to the use of firewood, biomass from waste, biodiesel and biogas, writes Dickel.

There are essentially two ways to decarbonize the non-electric sectors, he notes. One is through electrification, e.g. with heat pumps and electric cars, but this would lead to yet higher electricity demand for which renewables would be needed. The other is with hydrogen, but there is not enough renewable power available to deliver large amounts of green hydrogen. 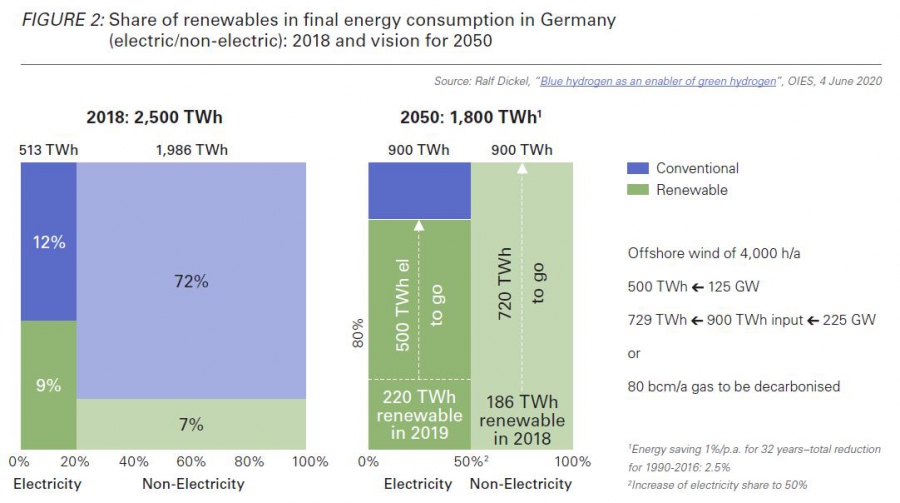 “In the end,” he writes, “non-electric final energy demand (possibly reduced by energy efficiency, compared to today) decreased by a surge in heat pumps and BEVs [battery electric vehicles] has to be provided for by decarbonised green or blue hydrogen,” Dickel writes. “Even on very optimistic assumptions for energy saving and more power consumption for BEVs and heat pumps from renewable power, a vast amount of hydrogen is needed for the non-electric sector, which cannot be covered by green hydrogen anytime soon.”

In the paper he presents a graph showing a “hypothetical case with an ambitious reduction of final energy consumption by 1% per year until 2050, while in the past, only a 2.5% reduction in total was achieved between 1990 and 2016. The graph also assumes an increase of the share of electricity in final energy consumption to 50%, corresponding to an increase in absolute numbers from 513 TWh in 2018 to ca 900 TWh in 2050, mainly due to BEVs and heat pumps.”

The calculation shows that to cover 80% of power generation by renewables, which is still the official target for 2050, would require about 15 TWh of additional renewable electricity per year, which Dickels says is ambitious but realistic”. Then, to cover the remaining 20% by green hydrogen in gas-fired power plants , would require another 440 TWh/yr by 2050 or  14 TWh additional renewable production per year, “very ambitious”, though “it might still be possible,” Dickel writes.

However, to also cover the non-electric sectors by green hydrogen, would require a total of 900 TWh/yr renewable power, equivalent to 225 GW of additional wind power (at 4,000 hours/year) corresponding to another 30 TWh/yr of additional renewable production, “which is not realistic at all”.

By contrast, if the non-electric sectors were to be covered by blue hydrogen, this would require an input of 80bn m3/yr of natural gas, “demanding but possible”. And it could be done, Dickel notes, “without having to wait for the completion of the decarbonisation of the electric sector.”

Part of the remainder of Dickel’s paper is devoted to explaining how blue hydrogen could be ramped up to fill Germany’s hydrogen needs to meet the Paris goals. The main bottleneck for blue hydrogen in Germany, he writes, is that there is huge resistance to the idea of storing CO2 underground. “This has come to be wrongly associated with the underground storage of nuclear waste, a highly emotionally charged issue.” 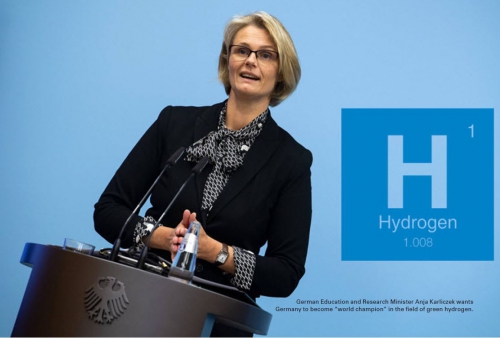 Dickel is convinced that meeting the targets of the Paris Agreement requires urgent action and a rational approach to include all decarbonisation pathways: renewables for the power sector and blue hydrogen including carbon sequestration for the non-power sector as long as not enough green hydrogen is available.

“Denying the role of CO2 capture and sequestration for the next decades, which the IPCC considers essential to meet the climate goals, puts a – maybe understandable – anti-fossil attitude ahead of a realistic approach to reach the climate targets.”

He notes that core industries like chemistry and steel have to be decarbonized now. The oil and gas industry has the assets and skills to make this possible, and they should put those to use, according to Dickel. At the same time, government must design a framework that will cover the additional costs. This is justified, he says, since “decarbonisation is a public good.”