While the global gas market reels from oversupply, Qatar is pushing ahead, if a little less vigorously than before, with a plan to bring an extra 49mn mt/yr of output on stream by the late 2020s.

The North Field expansion project consists of two phases that will ramp up the Gulf state’s liquefaction capacity to 126mn mt/yr by 2027, up from the current 77mn mt/yr. Its first phase, which Oslo-based Rystad Energy estimates will cost $35bn, will add four more trains to the North Field, each with a capacity of just over 8mn mt/yr. The second, priced at $15bn, comprises a further two trains.

Operator Qatar Petroleum (QP) plans to take a final investment decision (FID) on the first phase this year. But Rystad does not anticipate this milestone until the first half of 2021, given the bearish gas outlook.

Assuming this happens, the phase is set to deliver its first LNG in 2023 and to reach full capacity within two or three years. A green light on the second stage is expected in 2023 at the very earliest, according to Rystad.

Even this is “very optimistic,” in light of current market conditions, Aditya Saraswat, the consultancy’s upstream analyst, tells NGW.

King of the hill

Qatar exported some 69.7bn m3 of gas to Asia and 29.4bn m3 to Europe last year. Its location means it can easily divert shipments to whichever market offers the best return. A diminished Asian premium last year meant it shipped around 35-40% more to Europe, a trend that has continued this year.

Like all LNG producers, QP has had to contend with a steep decline in gas prices over the past year. Revenues from its spot sales have already been affected by the coronavirus (Covid-19) crisis, which has caused hub prices in Asia and Europe to dip to historic lows in the past month. But QP will not feel the full force of the downturn until the oil benchmarks hit the bulk of its production.

Even so, Qatar is well placed to weather these weak conditions, as its current production boasts the lowest breakeven costs. The same is also true of the expansion.

Rystad estimates that the project’s first phase, comprising trains 8 through 11, will need a breakeven price of only $4.5/mn Btu for Asian delivery. This puts it on a par with the second train of Australia’s Darwin LNG as the lowest cost ventures among all the major LNG export projects awaiting sanction. Its second phase, involving trains 12 and 13, has a price of just $4.1/mn Btu.

That puts US exporters under pressure, which suggests that a number of projects will face significant delays or possibly cancellation if low gas prices persist. This depends partly on the assumptions of the feed gas price. Henry Hub is one thing, Waha, in the Permian, is another. In the absence of pipelines, flaring is rife and gas prices at the latter hub have been negative. Henry Hub month-ahead delivery has also routinely gone below $3/mn Btu this winter, improving the economics for liquefaction.

Tellurian, the developer behind Driftwood LNG, this month slashed 40% of its workforce, Bloomberg reported on March 9. It had planned to take a final investment decision on Driftwood LNG in early 2020, which would already be a big delay on the original target, and it could delay taking this step again.

But regardless of that particular project’s difficulties, the economics look promising as the feedstock gas is so cheap. Co-founder Charif Souki says a further 100mn mt/yr of US LNG “must be produced” or the country will be unable to produce the Permian’s oil. He said Tellurian can deliver LNG on the Gulf coast at lower than $4/mn Btu and to anywhere in the world for $6/mn Btu.

Other, higher-cost ventures include Greater Tortue LNG off Mauritania and Senegal, which is also saddled with a $7.8/mn Btu breakeven price in Asia, according to Rystad. But on the other hand it can reach Spain or other European markets sooner than it can reach Asia and so needs a lower price to break even there.

All this bodes well for Qatar. Despite the risk of a sustained supply glut, it will be able to push ahead with the expansion knowing that it has an edge over the competition. It helps explain why last year, despite the weak price outlook, it decided to target a 60% increase in its LNG production, rather than the original 40% goal.

The upside to low prices 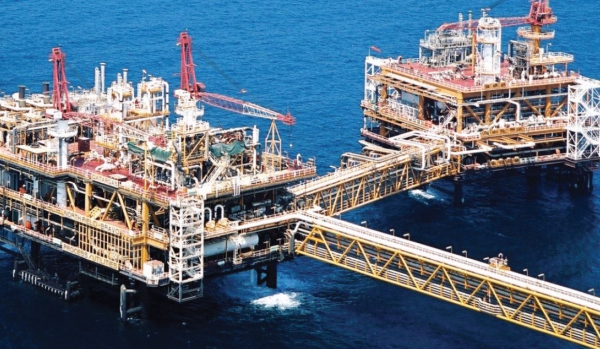 Qatar has indicated before that it could proceed with the project alone, without international partners. But this is not its preference. In October, QP CEO Saad Sheriba al-Kaabi announced that the company had shortlisted a “select few” investment partners, and would base its final decision on what additional opportunities they offered besides investment, such as market access or offtake deals. It had intended to announce a final pick in the first quarter of this year, but Reuters reported last month that the decision would be delayed by a few months or up to a year, citing sources.

“I think Qatar has decided to firm up the capex of the project before they go to international oil companies,” one source told the news agency. “I think the decision should be ready by the end of 2020.”

“Yes they can move ahead without international partners, but in this risky environment, would they really want that level of risk for a $35bn project,” Saraswat asked, referring to the expansion’s first phase.

Low gas prices may even offer an upside for a low-cost supplier like Qatar, by driving down the cost of equipment and services.

“It depends on how prolonged the low-price environment is,” Saraswat continued. “If it continues for one or two years, then this will lead to reduced cost. LNG projects are being delayed, so the contractors will have to fight a competitive race.”

If bearish prices are here to stay, Saraswat said a downward revision in the expansion’s capital expenditure was possible. QP may therefore be biding its time to see how cheaply it can realise the project. All upstream contracts for the expansion have already been awarded, al-Kaabi said in October. The company is yet to pick a contractor to develop the liquefaction facilities themselves, although only one company has so far built trains of that size: Japan’s Chiyoda, which is part of one of the three competing consortiums.

The market outlook is highly uncertain, especially given the oil supply war that has just broken out between Russia and Saudi Arabia, and the black swan event that is the Covid-19 pandemic. Since the oil price crash, spot LNG prices in Asia have remained relatively stable, but low: SP Global’s Japan Korea Marker closed at about 10-12 cents over $3/mn Btu in the days before and after March 6, which would be equivalent to $22/barrel at a generous 14% slope – and oil is not there yet, showing some degree of separation.

But Qatar can rest assured that its project is unlikely to be among the ones that will fall foul of the increasingly overcrowded market. Indeed, the mere fact of its announced expansion could be enough to cause some of the sponsors of other projects to draw in their horns.