Rotan was the first gas field discovered on block H in 2007. The field is owned by Petronas and Thailand’s PTTEP (56%), which bought out US company Murphy Oil’s Malaysian assets last year.

Petronas’s foray into floating LNG (FLNG) technology is designed to arrest the country’s stalling LNG exports by exploiting gas fields too far from shore and/or too small to justify a subsea pipeline. The country’s gas production fell from 74.5bn m3 in 2017 to 72.5bn m3 in 2018, while consumption was broadly stable, falling 0.5bn m3 to 41.3bn m3. LNG exports amounted to 33bn m3, the lowest level since 2012.

Although Petronas mooted the possibility of a third such vessel in December, no decision is likely at present, given the prevailing uncertainties regarding gas demand and oil and gas company revenues as a result of the coronavirus (Covid-19) and the ending of the Opec+ agreement from April. Commercial production from the PFLNG Dua is expected to start in November amid market uncertainties which could not have been predicted when the final investment decision to go ahead was taken in February 2014.

Such vessels, however, are long-term investments – PFLNG Dua is designed to operate for 20 years before dry docking and it thus likely to see a number of gas market highs and lows.

Whether the FLNG sector continues to grow or not, the deployment of a number of bespoke and converted vessels in the last four years has been a significant development for the gas industry, demonstrating its ability to monetise previously inaccessible reserves. This has extended the gas resource, both in terms of volume and location. 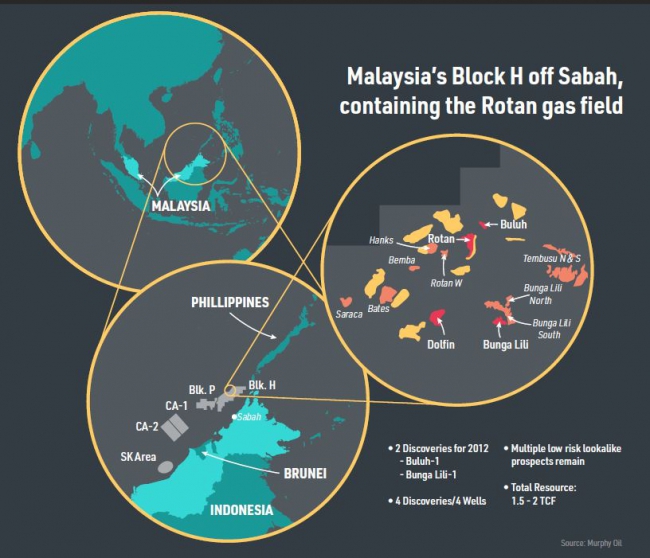 Although not the first to start construction of a bespoke FLNG vessel, Petronas was the first to finish, deploying the world’s first FLNG facility, PFLNG Satu, on the Kanowit gas field off Sarawak in 2016. Its sister ship PFLNG Dua is bigger with liquefaction capacity of 1.5mn mt/yr, compared with PFNG Satu’s 1.2mn mt/yr. Both process lean gas.

PFLNG Dua is also cheaper than Satu. A study of liquefaction plant costs by the Oxford Institute for Energy Studies in 2018, LNG Plant Cost Reduction 2014-18, put the project cost at $1,100/metric ton of annual capacity (mt/yr) and the onboard liquefaction plant at $825/mt/yr, in comparison with PFLNG Satu’s $1,290/mt/yr and $968/mt/yr respectively. The lower costs reflected the increase in scale and experience, but also that the contract was awarded as an extension of the PFLNG Satu project and was able to take advantage of a weak fabrication market.

The costs compare very favourably with Shell’s first-of-a-kind Prelude project, the second bespoke FLNG vessel to be deployed, but Prelude is much larger at 3.6mn mt/yr LNG capacity and also produces condensates (1.3mn mt/yr) and LPG (0.4mn mt/yr). Satu and Dua do not have any liquids production.

One of the attractions of FLNG, in comparison with onshore LNG plants, is that shipyard construction provides a higher level of confidence in terms of both delivery schedule and costs. Shipyards provide a controlled environment with high productivity. An IGU report, FLNG Concepts: Facts and Differentiators, estimated that for an FLNG vessel 90% of commissioning can be completed within the shipyard prior to open water deployment.

However, the PFLNG vessels both come in at higher cost than for FLNG vessels constructed via conversion of an LNG tanker, the project costs of which the Oxford study estimated at $600/mt/yr. 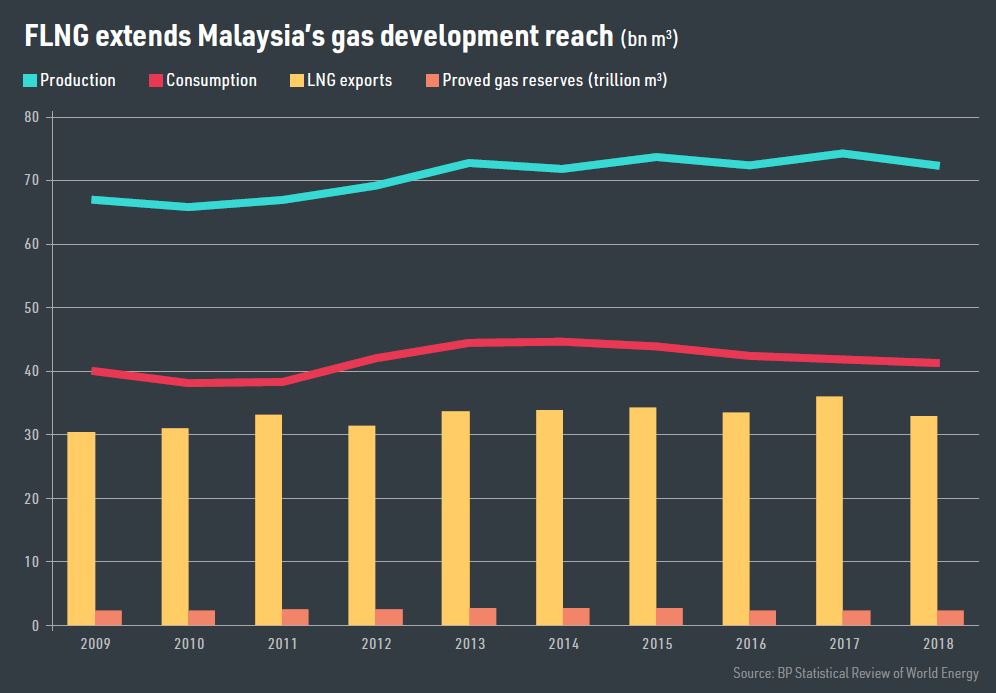 Choosing newbuild over a conversion has both pros and cons. Newbuilds can be designed for a specific field application, while conversions suffer from some design limitations as a result of the existing carrier design. Newbuilds have higher capex and take longer to construct, but are also expected to have longer lives, therefore reducing the total cost of ownership.

Although led by Petronas, the project has involved a host of contractors bringing different elements of technology to the project. Swiss engineering company ABB designed, manufactured and installed the vessel’s electrical systems for Japan’s JCG Corporation, which was awarded the engineering and procurement contract. ABB developed the world’s tallest single-lift prefabricated electrical structures, known as e-houses, for the facility.

Hull construction was undertaken by South Korea’s Samsung Heavy Industries at its Geoje shipyard. Air Products, via JCG, manufactured and supplied its proprietary AP-NTM LNG Process and Equipment, including coil-wound heat-exchangers, compressor-expanders and the economiser cold boxes. The AP-NTM LNG is an efficient nitrogen-cycle process, well suited to small-scale single train LNG developments and was also used for PFLNG Satu.

PFLNG2 was classified by ABS. PACC Offshore Services Holdings was awarded contracts for four offshore support vessels, which by now should have delivered the pioneering vessel to its intended destination on the Rotan gas field.

Editorial: Gas is the pragmatic element of a non-ideal but achievable energy transition [LNG Condensed]