A Tunisian man died May 22 after a police car accidentally ran him over at the site of the first clash between security forces and protesters in Tatatouine. Protesters have been blockading nearby onshore production facilities in southern Tunisia to demand more energy jobs after years of economic stagnation.

President Beji Caid Essebsi earlier this month deployed the Tunisian military to the region to ringfence facilities. Anglo-French independent Perenco and Canada’s Serinus Energy had already stopped production owing to to sit-ins. Labour strikes and protests had been peaceful until the clashes.

Tunisia produced 3.07bn m³ gas in 2015, according to latest data in the Eni World Oil & Gas Review, but consumption was double that at 6.37bn m³, the balance being imported from Algeria. Rising demand has turned Tunisia into an importer, from being a net exporter in the 2000s. Moreover Tunisian gas production is expected to decline from 2020.

Shell-operated offshore fields Miskar and Hasdrubal, acquired from BG, accounted for two-thirds of Tunisia’s 2015 gas output and they are not thought to have been affected.

Nor has Eni, operator of the smaller Djebel Grouz and Oued Zar onshore gas fields in the desert province of Tatatouine, reported any stoppages. But two oil and gas pumping stations nearby were reported to have been closed earlier this week because of the protests. 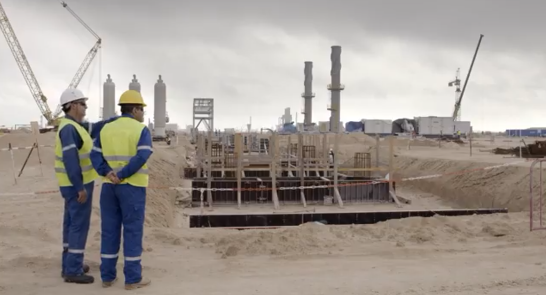 OMV’s Nawara onshore gas development project, which will produce about 1bn m³/yr to power the densely-populated and energy hungry north, was forced by the protests to demobilise some 700 non-essential staff and contractors from the project in late April. A 370-km gas pipe from Nawara to the coast at Gabes had originally been scheduled to be tested next month.

Perenco owns a 50% stake in the El Franig, Baguel and Targa gas condensate fields. Energy minister Hela Chickrouhou said earlier this month that only the latter two sites had been affected by the social unrest, which is driven by a 15% national unemployment rate.

Serinus announced May 22 it had shut in temporarily production at its 630 barrels of oil equivalent/day Sabria oil field May 22 owing to the social unrest in the area, adding that it has been unable to truck oil to market because of road blockades by protesters demanding jobs.

Last week, the prime minister Youssef Chahed visited the region promising 1,000 new jobs and infrastructure investments, but the gesture fell short.  Moreover the government has only a limited say in how private gas producers hire.