The event was held in a hybrid format and attended by over 400 delegates, more than 140 large companies from 32 countries of the world, government agencies, relevant ministries and agencies, the world's leading oil & gas, service and consulting companies, major international organizations and financial institutions, diplomats and academia. 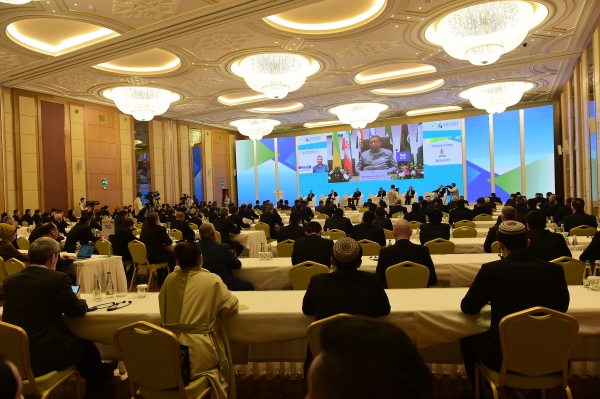 The particular emphasis in the discussions was given to shrinking global emissions in order to achieve green growth and sustainable development, appropriate utilization of natural oil and gas products and multilateral approach to addressing climate change.

Energy demand is expected to grow gradually along with the global economy and population. At the same time, the most demanded of hydrocarbon resources will be natural gas, since it is energy efficient, low-cost and environmentally friendly fuel.

At the same time, taking into account the concern of the international community with the problems associated with climate change, renewable energy sources, primarily wind and solar energy, innovations in the field of hydrogen and energy-saving technologies, digitalization of the fuel and energy complex will receive further development.

Geographically, China and a number of countries in Asia-Pacific region are expected to have the highest growth rates in energy consumption. Turkmenistan is rich for natural gas and oil and that provides more opportunities for connectivity on the global level.

Being one of the largest producers of environmentally friendly fuel in Eurasia, Turkmenistan exports significant amount of its gas to China. In this respect, Huang Yongzhang, Vice President of CNPC and President of PetroChina stated that under the guidance of two state leaders, CNPC will follow the strategy to reinforce our commitment to Turkmenistan-China natural gas partnership, uphold the principles of mutual benefits and win-win, discuss partnership in new energies, and further deepen bilateral gas cooperation between the countries. 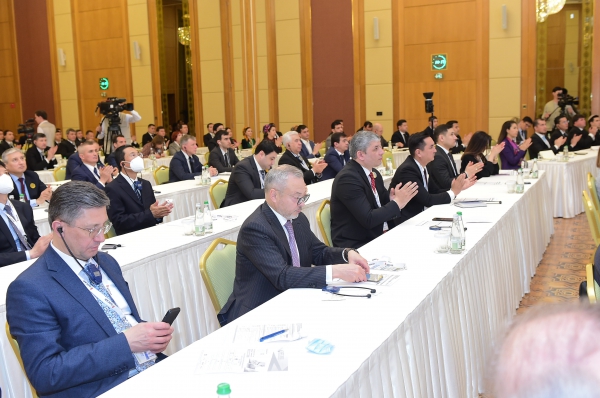 The Forum continued with the session on the role of Turkmenistan in ensuring regional energy security with a live link up with Turkmenistan pavilion in Dubai Expo. During the session the implementations of projects of lower carbon emissions, the prospects for Trans-Caspian Connector project and alleviating gas shortages in different countries of the world were discussed.

One of the biggest projects being realized in Turkmenistan is TAPI gas pipeline which is being constructed in order to provide reliable, competitively priced natural gas to Afganistan-Pakistan-India. TAPI gas pipeline project’s strategic aims include reducing energy poverty through the introduction of low cost, readily available energy, and air pollution by the introduction of natural gas, as well as promoting regional safety and security.

Natural gas is a bridge to a lower carbon footprint because it generates 30% less CO2 than traditional fuel and 45% less than coal and reduces nitrogen oxide emissions (NOx), causes almost no Sulphur dioxide (SO2) emission and is the cleanest fossil fuel energy source available. Therefore, it can play a key role in the coming years to reduce energy poverty, thereby increasing economic growth and electrification.

As Natalie Costello explained during her speech in this session, natural gas will remain a substantial part of the world's energy mix through 2040 and beyond.  The European Union has recently acknowledged natural gas will be a critical part of its energy mix for the foreseeable future. If developed right, the Trans-Caspian Connector project will create a mutual advantage between the governments of Turkmenistan and Azerbaijan, the companies involved in the development and production of gas in the region, and the people of the region who will benefit. It will open-up Turkmenistan gas to the South Caucasus and enhance the broader development and security of energy supply in the Caspian region.

The next session of the Forum focused on the opportunities for new era energy investment projects and Victor Nian, Advisor of Centre for Strategic Energy and Resources in Singapore highlighted that developing infrastructure and invest in relevant technologies, building partnership with upstream vendors and downstream users and creating market demand for hydrogen through innovative business models are essential to build Synergy in the Value Chain infrastructure and invest in relevant technologies.

Turkmenistan is strengthening and expanding the partnership with the International Monetary Fund and the World Bank Group. Mutual interest and desire to develop cooperation, search for mutually acceptable solutions aimed at enhancing fruitful ties have become the basis for effective joint activities of Turkmenistan and the European Union within the framework of the EU programs in Central Asia.

Turkmenistan actively cooperates with the Asian Development Bank, which supports not only national but also regional projects. For example, in the preparing terms of reference and attracting investors to the project for the construction of the Turkmenistan-Afghanistan-Pakistan-India gas pipeline. The Islamic Development Bank participates in many investment projects, both in the public and private sectors.

Innovative technologies and know-how in the production of Hydrocarbons and reducing associated gas emissions were the key points of the session 4 where Kamel Ben-Naceur, 2022 SPE President presented his speech online. In his speech he highlighted SPE’s sustainability initiatives and implementation of joint project with the UEF societies to identify practical steps toward managing greenhouse gas emissions.

“Turkmenistan inspired the world to produce sustainable fuels” said Rickard Vannby, the Global Licensing Director of Haldor Topsoe in the last session, titled: Experience, potential and prospects for international cooperation in the field of refining and transportation of hydrocarbons.  He also said: “A pioneer in the industrial production of gasoline from natural gas, Turkmenistan has inspired many countries and companies to move towards cleaner fuels. Many countries began to consider new projects for the construction of enterprises, such as the one launched in the Ahal region of Turkmenistan in June 2019”. This is the world's first plant for the production of environmentally friendly gasoline from natural gas using the TIGAS technology.

Within the framework of the international forum, meetings between senior management of the energy sector of Turkmenistan and IOC representatives were held, during which they discussed promising areas of cooperation and specific projects.