Russian producer Novatek’s planned ammonia-hydrogen complex will allow it to replicate its success in liquefied natural gas (LNG) and get an early foothold on the blue ammonia and hydrogen markets, according to GlobalData. The leading data and analytics company notes that Novatek’s new project is anticipated to generate 120 thousand tons per annum (kpta) of hydrogen and 2 million tons per annum (mpta) of ammonia, in addition to Novatek growing its liquefication capacity to 59 mpta  in the next five years, which will be used to capitalize on expected global demand growth for low-carbon fuels.

Anna Belova, Oil & Gas Analyst at GlobalData, comments: Novatek sells 90% of its natural gas on the domestic market, where prices are fraction of global gas spot prices – since only Gazprom can export pipeline gas outside of Russia. To access global markets, Novatek already has a number of new post-FID LNG projects, but the company is also pivoting to newer market opportunities. Novatek is converting one of the proposed LNG projects into a blue ammonia and hydrogen development, to capitalize on expected global demand growth for low-carbon fuels. This new ammonia-hydrogen complex will utilize the same natural gas resource base as the original LNG project, but will see upward of 90% of carbon sequestered in long-term geological storage 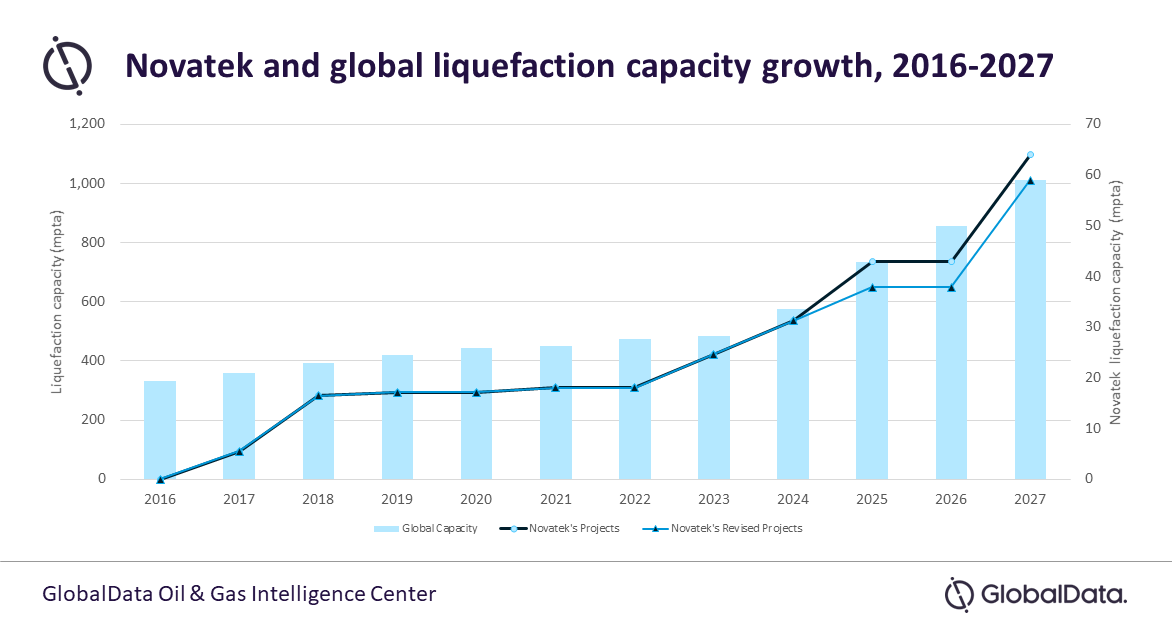 Belova continues: “Novatek’s LNG strategy was successful because it bet big on global demand growth, investing in every aspect of the LNG value chain. By entering the blue ammonia and hydrogen markets early, the company can replicate this strategy and secure the entire blue ammonia and hydrogen value chain – from production and processing to transportation, trans-shipment and marketing. The company has become a leader in LNG among Russian companies, now it wants to become the country’s leader in low-carbon  fuels and carbon sequestration.”

As evidenced in its latest quarterly report, Novatek has benefitted from the record-high natural gas prices in Europe. In Q3 2021, the company’s normalized profit has almost doubled and free cashflow increased by 386% over Q3 2020, even as production decreased slightly.

Global hydrogen demand is rising, but lags behind expectations [Gas in Transition]

Natural gas versus coal for blue hydrogen [Gas in Transition]