Norwegian gas production averaged 345.5mn m3/day in December, up 3.2% from the November level but down 0.4% versus the same month last year, the Norwegian Petroleum Directorate (NPD) reported on January 17.

Output lagged behind forecasts for much of last year, owing to unscheduled maintenance and a decision by Equinor and others to cut supply because of low gas prices in Europe. In contrast, production in December was 0.7% higher than forecast. 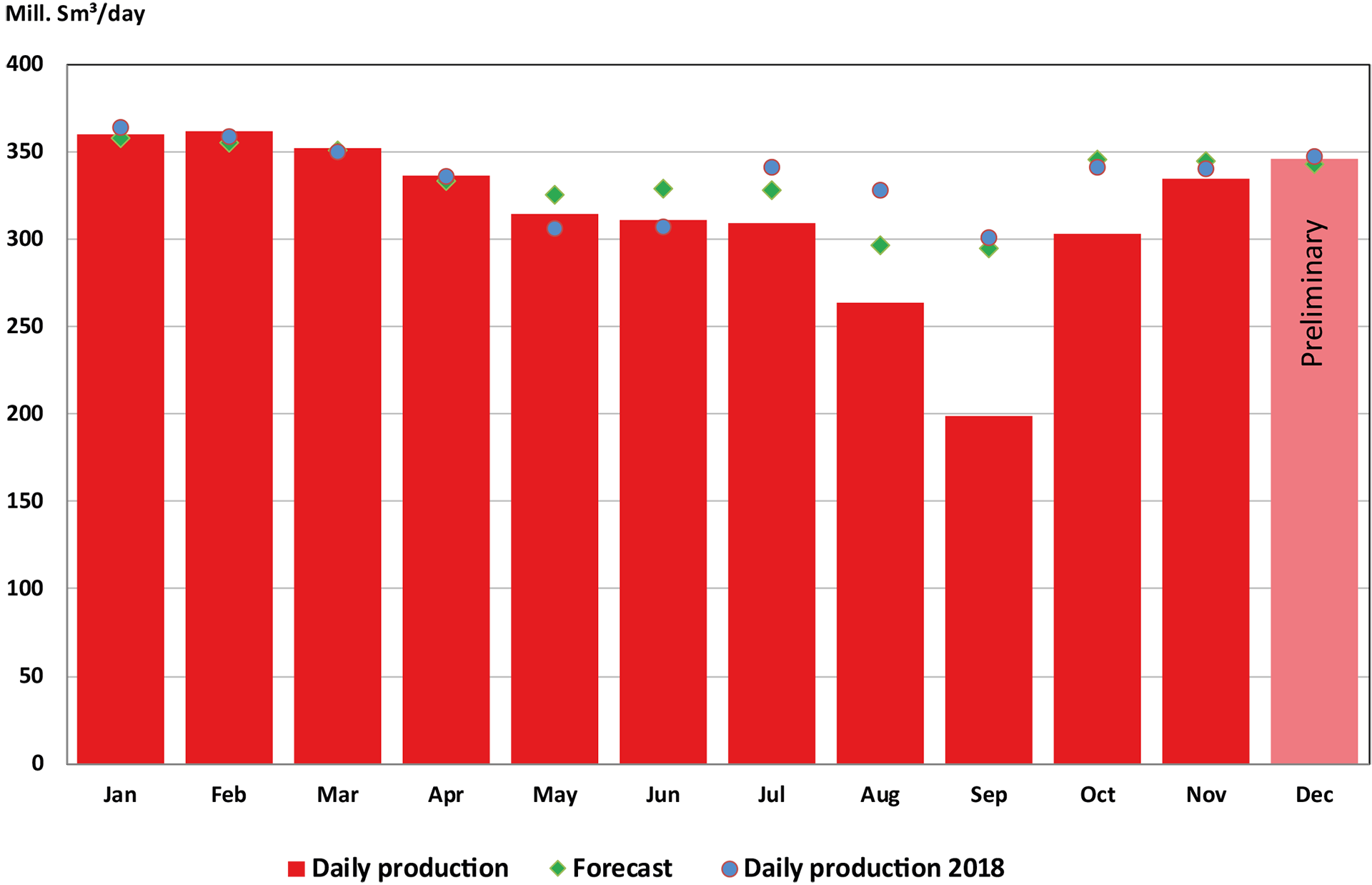