Norwegian gas production averaged 286.8mn m3/day in August, down 6.2% month on month and lagging 3.9% below the level forecast, the Norwegian Petroleum Directorate (NPD) reported on September 25. Production was up 8.6% year on year, however.

Norwegian gas production was at its highest this year in March, when it averaged 345.7mn m3/day. It then slumped to 302.8mn m3/d in April and bottomed out at 264.2mn m3/d in May, amid historically low gas prices in Europe as a result of coronavirus lockdowns and other factors. Output rebounded in June to 279.7mn m3/d and then 305.6mn m3/d the following month.

The NPD expects this recovery to continue steadily during the rest of the year, with production reaching 336.4mn m3/d in December. 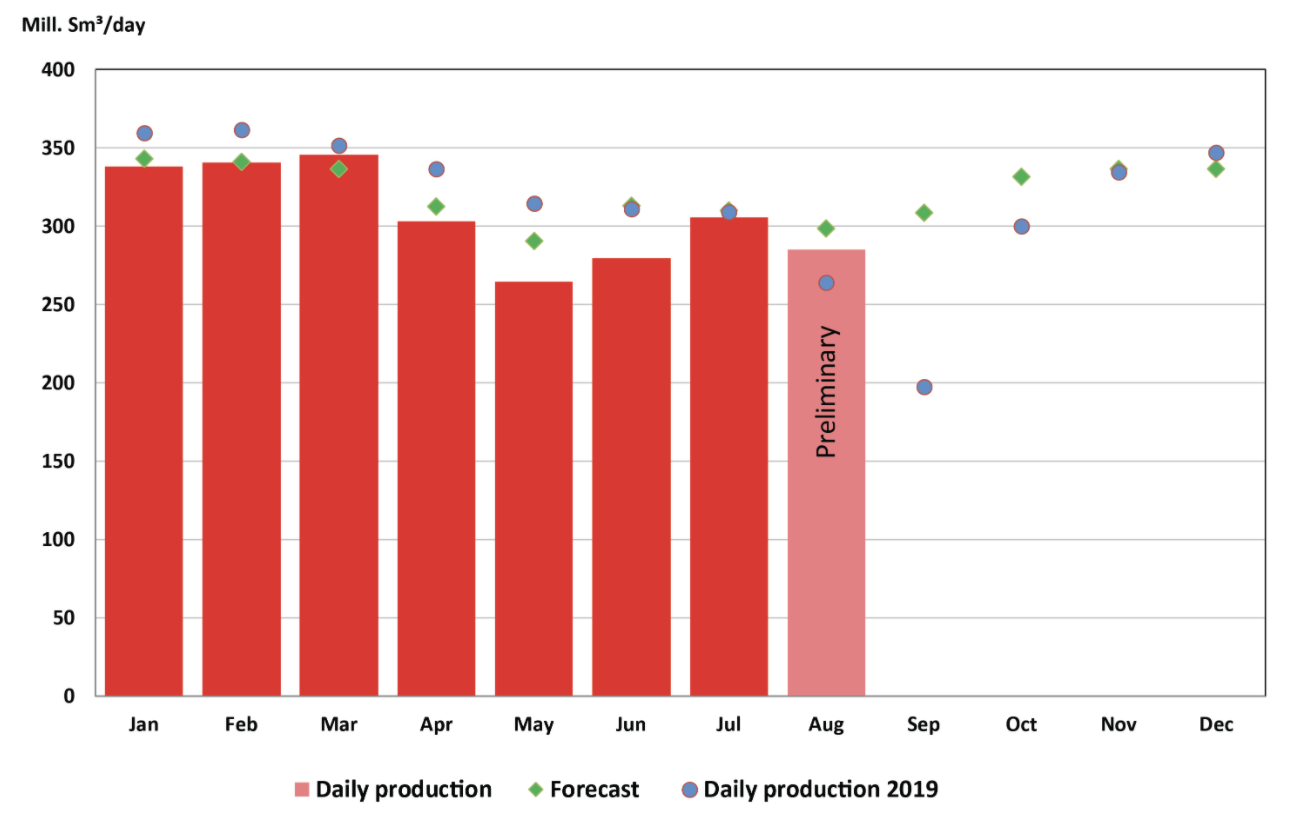 Norwegian oil production averaged 1.722mn barrels/day in August, 0.2% below forecast and 0.9% down m/m, but up 26% yr/yr, thanks to the launch of the Johan Sverdrup oilfield last October. Output is expected to remain more or less flat during the rest of the year.

Norwegian labour unions Safe, Industri Energi and Lederne have warned that 324 of the 7,300 employees at Norway's offshore platforms will go on strike on September 30 if annual pay negotiations with employers fail. The Norwegian Oil and Gas Association (NOG) estimated on September 25 that industrial action could take 900,000 barrels of oil equivalent/day offline. Affected fields and platforms include Equinor's Johan Sverdrup, Snorre B, Kvitebjoern, Aasta Hansteen, Kristin, Tyrihans and Valemon, NOG said.

India to Have 1000 LNG Stations in Three Years: Minister