Aker President and CEO Oyvind Eriksen said this was “the strongest quarterly increase since 2006,” with the gain in Det norske alone (50%-owned by Aker) being Nkr4bn. “What a reminder of the continued value potential in oil and gas!" he noted.

Pre-tax 2Q 2016 profit of Nkr742mn was up 54%. Among important contract wins in 2Q 2016 was the umbilical system for the Zohr gas field offshore Egypt, valued at over Nkr1bn. 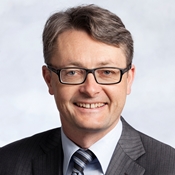