Norway has invited bids from operators for its 2022 awards in predefined areas (ARA) oil and gas licensing round, its petroleum ministry announced on June 14.

Applicants have until September 12 to file their bids for oil and gas blocks in the North Sea, the Norwegian Sea and the Barents Sea. Awards are expected during the first quarter of 2023. 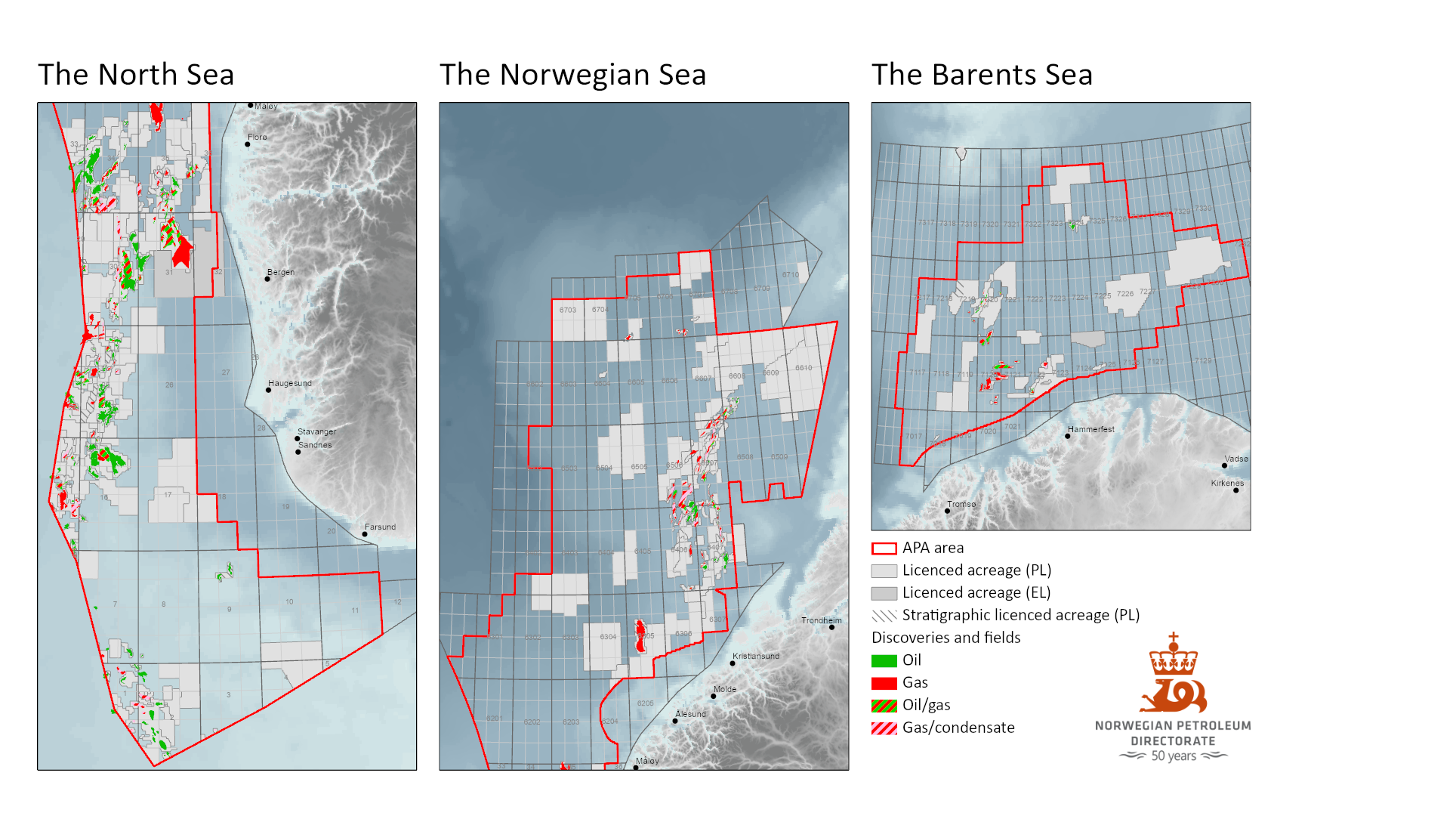 Norway's APA rounds offer exploration rights in more developed areas of the Norwegian shelf, where there is already infrastructure. In contrast, its numbered rounds offer acreage in frontier regions where infrastructure is more limited.

The ministry said that as part of negotiations on a revised national budget, the coalition government comprising the Labour and Centre parties agreed with the Socialist Left opposition on excluding three blocks in the Arctic Barents Sea.

The Norwegian Oil and Gas Association said it was disappointed with the decision to exclude the blocks.

"We are in the middle of an energy crisis where Europe must get rid of all Russian gas," the association said. "At the same time, the EU asks Norway to supply as much gas as possible. Then it is an unfortunate signal to withdraw exploration areas on the Norwegian shelf."