Russia's embattled Nord Stream 2 is now tantalisingly close to completion, with the project's operator confirming to NGW on June 4 that the pipelaying work on its first string is now complete.

"The laid pipeline sections need to be connected and thereafter the required pre-commissioning activities will be carried out," the Gazprom-owned Nord Stream 2 operating company said in a statement. "Pipelay works on the other line are continuing."

The update comes weeks after the Biden administration said it would not go ahead with further sanctions against Nord Stream 2, in the interest of maintaining good ties with Germany’s government, which remains a staunch supporter of the project.

“Our opposition to the Nord Stream 2 pipeline is unwavering,” US secretary of state Anthony Blinken said on May 19. “Though we may not always agree, our alliances remain strong, and our position is in line with our commitments to strengthen our transatlantic relationships as a matter of national security.”

Still, the project faces more hurdles ahead, not least Washington’s existing sanctions regime, which it is yet to indicate it will lift. Analysts who spoke with NGW assume that the pipeline will be put into operation, at some point, though there is considerable uncertainty about the timing of its launch. In any case, though, Nord Stream 2 does not appear to be out of the woods just yet.

Nord Stream 2 was conceived in 2015, the year after Russia’s annexation of Crimea and the breakout of conflict in east Ukraine between Russia-backed rebels and government forces. Against the backdrop of renewed hostilities between Russia and the West, the project was hailed by its proponents as a victory of economic interests over political tensions. 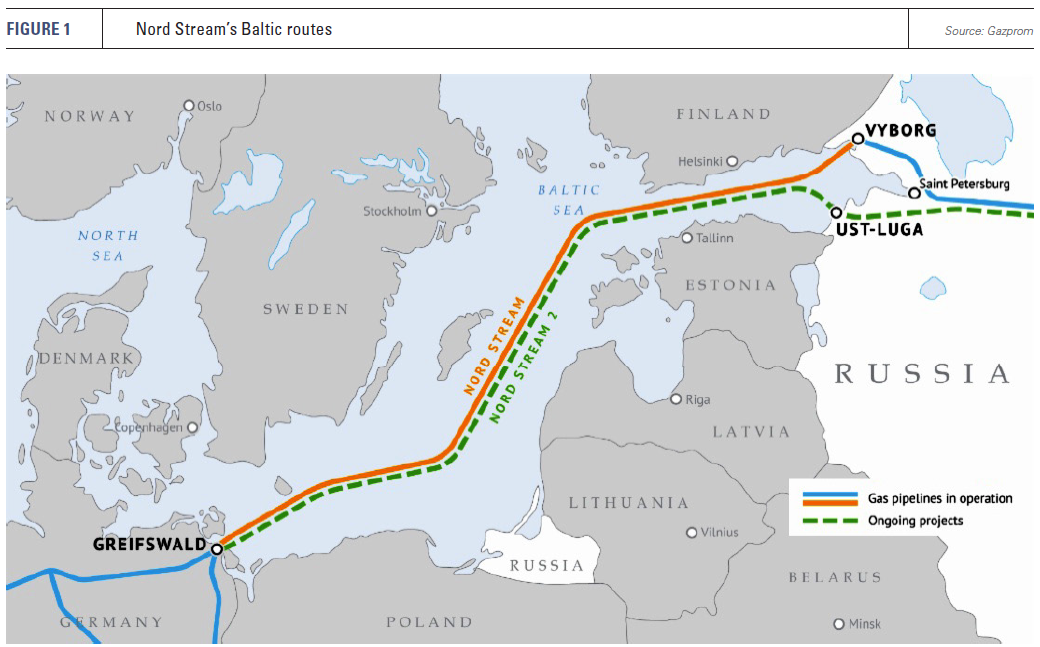 In the Nord Stream 2 company’s own words, the pipeline will “enhance security of supply, support climate goals and strengthen the internal energy market. The EU’s domestic gas production is in rapid decline. To meet demand, the EU needs reliable, affordable and sustainable new gas supplies.

These sentiments have been echoed by many of Gazprom’s partners and customers in Europe. However, others have railed against the project as a threat to European energy security and a tool that Moscow can use to assert its political influence in the EU.

While there were clear political considerations behind Russia’s desire to reroute its European gas flows away from Ukraine, there is also commercial logic for Gazprom to establish a shorter route to its key gas customers in central Europe.

“We estimate that the project might save up to $1.3bn on transportation expenses per annum when working at full capacity,” Ekaterina Rodina, equities analyst at Moscow-based VTB Capital (VTBC), tells NGW. “We estimate that this will add 3-4% to the Gazprom’s EBITDA.”

This is likely to translate into lower gas prices for European customers. As Belgium-based energy procurement consultants E&C noted in an article late last year, an operational Nord Stream 2 “will increase the flow of gas into Europe and, depending on demand, push down prices. The spot price level will determine the appetite, but with bigger volumes flooding the market, the prices will be kept low.”

In a study in 2017, albeit commissioned by the Nord Stream 2 company, the European Economics Institute estimated that the resulting drop in LNG imports thanks to Nord Stream 2’s operation would result in a 13-32% reduction in wholesale gas prices in Europe.

There is also some reason to doubt claims that the pipeline will undermine competition in the European gas market.

“Russia’s intentions in building the double pipeline have always been clear: they want to dominate European gas supply,” E&C CEO Benedict De Meulemeester notes. “That was their plan when they built Nord Stream1 but that plan failed. You can’t push other suppliers out of the market by simply building a bigger pipeline than the others have.”

“Let them build that last stretch of Nord Stream 2,” he says. “Adding 55bn m3 of extra import capacity is massively increasing the chances of oversupply and low natural gas prices for European consumers.”

Nord Stream 2 had been due to start flowing gas before the end of 2019, but permitting delays in Denmark pushed the project off schedule. Then in late December of that year, the US imposed its first round of sanctions, forcing Swiss contractor Allseas to halt work. It took almost another year for Russia’s own pipelaying vessels to pick up where Allseas had left off.

US lawmakers then expanded the sanctions regime at the start of this year, enabling Washington to enact punitive measures against any entity involved in construction, providing underwriting and insurance to pipelaying vessels or facilitating ship retrofitting and upgrading. They can also apply to any entity that provides testing, inspection and certification services for the project.

Norwegian certification company DNV GL stopped verification work on Nord Stream 2 in late 2020 ahead of the new sanctions being introduced. A number of other contractors, suppliers and insurers are reported to have left the project through fear of incurring Washington’s wrath.

The Biden administration may have decided against exerting further pressure on Nord Stream 2. But it is yet to signal it will lift the existing sanctions either. There were hopes of a breakthrough ahead of Biden’s summit with Russian president Vladimir Putin on June 16 in Geneva. But by accounts, the two men failed to make headway on Nord Stream 2 or any other areas of tension between their two nations.

“In our view a waiver to certification sanctions, if possible, would be the big concession,” analyst Mitch Jennings at Moscow-based Sova Capital tells NGW. “Improving relations with the EU and Germany seems to be a priority for the administration, and perhaps stabilising the relationship with Russia.”

However, Jennings considers it unlikely that Nord Stream 2 will be up and running by the end of this year, as some Russian officials have suggested.

“We do not really expect, barring any major changes from the US, the pipeline to be operational this year,” Jennings said. “Certification is the main issue, and then there are still issues relating to the EU Gas Directive that need to be considered.”

Changes to the EU gas directive in 2019 mean the bloc’s Third Energy Package now applies to pipelines coming to and from third countries, potentially impeding Gazprom’s use of Nord Stream 2 significantly. Implementation of the rules could mean Gazprom would have to shed majority control of the pipeline and/or allow other Russian companies access to its capacity. Gazprom retains exclusive rights to Russia’s gas export pipelines, and the government has shown little desire to end this monopoly, fearing the impact that competition between Russian suppliers in Europe would have on its revenues.

Dmitry Marinchenko at Fitch Ratings sees the issue of existing sanctions as more manageable, however.

“I think the existing sanctions would not prohibit the project from being completed and brought on stream,” he tells NGW. “Gazprom and its parents should probably be able the resolve the legal issues around the certification, insurance and other procedures.”

He adds that the application of Third Energy Package rules would mean Nord Stream 2 would not be able to operate at full capacity.

“Politically, this might be a good compromise – Nord Stream 2 goes ahead but is underutilised, which creates demand for continued transit through Ukraine, though at reduced volumes,” Marinchenko says.

Progress in the deadlock might be reached if Russia, the US and Germany engage in three-way talks to decide Nord Stream 2’s fate – something that several prominent German politicians have called for. If such negotiations materialise, the US could agree to end its opposition to the pipeline in return for a commitment on longer-term transit via Ukraine.

US has German assurances on NS2: press