The transformation of Nigeria’s state-owned NNPC into a limited liability company over the summer has meant faster decision-making and improved confidence in the organisation among stakeholders and international partners, the chair of its board, Nigerian senator Margery Chuba-Okadigbo, told NGW on the sidelines of the Gastech conference in Milan, Italy, on September 7. 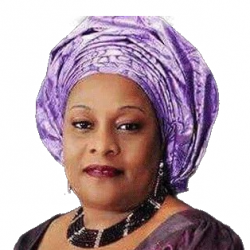 NNPC made the transition in July, meaning it no longer relies on government funding or direct controls – a reform required under Nigeria’s long-awaited Petroleum Investment Act (PIA), finally passed last year. The government hopes the move will make it easier for the company to raise capital, and provide greater transparency and governance over its operations.

PIA itself took almost two decades to become law, amid wrangling between the government, oil companies and different political factions in Nigeria’s parliament. It aims to reposition the country as a more attractive destination for oil and gas investment. For NNPC, the transition to a limited liability company lays the groundwork for an initial public offering, which its CEO Mele Kyari said in July should take place next year.

The PIA set a deadline for NNPC to move to limited liability status by February 2023, but the company’s board  was “burning the candles at night” to make the transition faster, Chuba-Okadigbo said.

“It has been a long journey, but we have finally done it,” she said. “That is not to say the work is done – we still have assets we need to divest and other processes to complete. It is very complex.”

According to the chair, the move means decision-making at the company is faster, as government bureaucracy has been taken out of the picture.

“It makes business easier,” she said. “And it results in stakeholder confidence, confidence among investors and partners, in the company.”

She said the PIA set out clear terms for investment in Nigeria’s oil and gas, meaning investors know what their projects will yield when they commit to them. “It serves as a guidebook for doing business in Nigeria,” she said.

The PIA also introduced a requirement that 30% of NNPC’s profits must go towards funding a new entity devoted to exploring frontier regions of Nigeria for new oil and gas reserves. While Nigeria is primarily known for its oil, its sizable gas reserves – estimated by BP at 5.5 trillion m3 proven – are gaining increasing attention, especially in light of the global gas crunch and the EU’s intention to sever energy ties with Moscow over the years to come.

Nigeria is already Africa’s largest LNG exporter, shipping out 17.9mn metric tons of the super-cooled fuel last year. Its sole liquefaction complex run by the Nigeria LNG consortium, of which NNPC is a member, is building a seventh train that will raise capacity from 22.5 to 30mn mt/yr. In light of the situation in Europe, long-standing plans to pump Nigerian gas to the continent, via the proposed Trans-Saharan and Nigeria-Morocco pipelines, are attracting renewed interest.

Nigeria is also looking to bolster the role of gas domestically, in sectors from power generation and petrochemicals, to vehicle transport and household cooking. Chuba-Okadigbo said there needed to be an advocacy push to communicate the environmental and health benefits of gas to Nigerian citizens.