Nigerian newspaper ThisDay has reported that the federal government and militant groups in the Niger Delta, including the Niger Delta Avengers (NDA), have agreed to a 30-day truce to give President Muhammadu Buhari time to come up with a comprehensive plan for the oil-rich region.

Its report can be read here.

ThisDay pointed to the past week of calm, and indicates this stems from a 30-day truce agreed a week ago by a federal government team led by the minister of state for petroleum resources, Dr Ibe Kachikwu, and representatives of the militant groups, community leaders and the state governments. 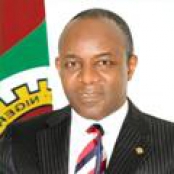 The NDA had previously ruled out talks with any government led task-force. However its Twitter site lists its last attack on an oil and gas installation as having been on June 15, on an NNPC pipeline in the Oruk Anam area of Akwa Ibom province.

Security analysts two weeks ago pointed out that foreign investors in new Nigerian gas-fired power plants are being deterred by the militant attacks.