So far this year, the most important development in Nigeria’s oil and gas industry has been the passage of the Petroleum Industry Bill (PIB) by both houses of the National Assembly on July 16.

President Muhammadu Buhari has not yet signed the bill. He is expected to do so in the near future – and assuming that he does, the event will bring to a successful close the long-running effort to reform the outdated legal regime that governs the hydrocarbon sector. It will also lay a new foundation for investment in oil and gas projects.

But the passage of the PIB is not the only development of note in 2021. Nigeria’s government has also rolled out ambitious plans for transforming the country into one of the world’s leading producers of gas – and also into a major consumer of gas.

Buhari unveiled the plan in late March, saying at a pre-summit conference of the Nigeria International Petroleum Summit (NIPS) in Abuja that his administration was committed to making the 2021-2030 period “The Decade of Gas.” He indicated that the initiative would build on the “Year of Gas” programme that was announced in 2019 and work toward a wider goal – namely, the gasification of the Nigerian economy in a bid to encourage industrialisation. 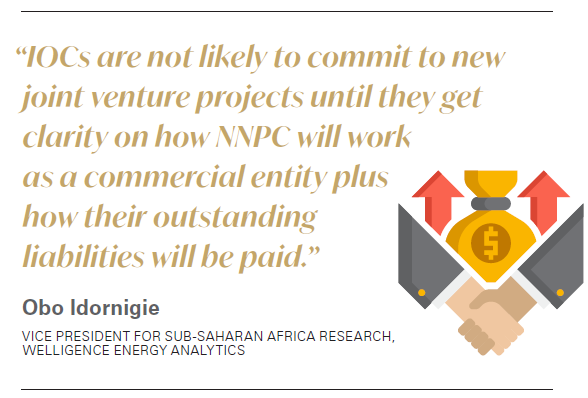 “Today we formally launched ‘The Decade of Gas’ in Nigeria,” Buhari said in a post on Twitter. “The rising global demand for cleaner energy sources has offered Nigeria an opportunity to exploit gas resources for the good of the country. We intend to seize this opportunity.”

He continued: “When we declared 2020 as ‘The Year of Gas’ in Nigeria, it was a bold statement to demonstrate our administration’s resolve that gas development [and] utilisation should be a national priority. Now we’re going a step further to dedicate this decade to industrializing Nigeria using gas.”

The president also said in the same Twitter thread that he wanted to make gas the top priority of the hydrocarbon industry. “We are a gas nation with a little oil, and we must focus on this gas,” he remarked.

Plans for the next decade

In the Twitter thread, he stated that the government was working to develop the Ajaokuta-Kaduna-Kano (AKK) pipeline and other infrastructure capable of delivering gas throughout the country. Abuja also aims to halt gas flaring and ensure the commercialisation of all gas resources, he said. It will support the establishment of industrial gas markets, promote gas-to-power projects and expand domestic consumption of LNG and compressed natural gas (CNG).

“We have also kick-started other policies and projects like the National Gas Expansion Programme [NGEP] and the Autogas policy,” he reported. “And in the middle of a pandemic, NLNG Ltd [the Nigeria LNG consortium] is going ahead with its Train 7 [project].”

He indicated that the initiative would not be limited to these projects. “[We] equally acknowledge that Nigeria still has more work to do in the gas space,” he declared. “We will not relent until we achieve optimal exploitation and industrialisation of Nigeria’s vast gas resources.”

Separately, in his address to the NIPS pre-summit conference, Buhari spoke of the need for co-operation among all the parties involved in Nigerian gas production. “To actualise the dream of transforming Nigeria with its massive natural gas resources requires collaboration of government with the necessary stakeholders: the international oil companies, the indigenous oil companies and financial companies,” he commented.

If stakeholders can work together effectively, he added, the country will be in a position “to fully utilise our gas resources to uplift our economy.” Gas has the potential to help Nigeria generate additional revenues, partly through sales and partly through support of industrialisation efforts, and to create tens of thousands of new jobs, he said in the address.

If Buhari’s vision comes to pass, Nigeria will have achieved something truly remarkable. It will have used its own natural resources not just to generate export revenue and to attract investment from foreign firms, but also to support economic diversification through industrialisation and to produce enough electricity to supply the entire country. Additionally, it will have created a functioning domestic gas market capable of linking upstream producers to many millions of downstream business and residential customers.

However, the success of the “Decade of Gas” initiative hinges on several assumptions. One of these relates to the size of the country’s gas resources.

The president noted in his address to the NIPS pre-summit conference that Nigeria’s proven associated and natural gas reserves amounted to 200 trillion ft3 (5.7 trillion m3). He pointed out, though, that this figure was largely based on data collected by companies that were looking for crude oil, not gas. As such, he asserted, the true figure is likely to be much larger. If upstream operators were to start searching for gas in earnest, he said, the reserve figure might be three times higher, or 600 trillion ft3 (17 trillion m3).

If so, Nigeria would rise from ninth place on the list of countries with the world’s largest gas reserves to fourth – ahead of the US, Saudi Arabia and Turkmenistan and behind only Russia, Iran and Qatar. This would mean it had more than enough gas to cover its commitments to existing domestic and foreign buyers; it would also have enough to support a comprehensive domestic gasification programme for business and residential consumers alike and perhaps to launch new export-oriented projects as well.

But that’s a substantial “if.” It remains to be seen whether geology supports Buhari’s assumption, and the only way to answer the question is to engage in exploration. In turn, for this exploration to happen, Nigerian authorities will have to create incentives that make such projects attractive – especially to international oil companies (IOCs), which are more likely than domestic operators to have the funds and experience needed to support large-scale exploration campaigns. Unfortunately, many IOCs have grown wary of Nigeria, citing concerns about risk, corruption and unclear contract terms.

The role of the PIB

Officials in Abuja do not appear to be overly worried about reluctant investors – at least not in public. Instead, they have referred to the efforts to secure passage of the PIB, saying they expect the new legislation to resolve questions about the country’s ability to attract investment.

According to Obo Idornigie, vice president for sub-Saharan Africa research at Welligence Energy Analytics, the new law is likely to be an important source of support for gas development in several different ways, including its approach to contracts. “We think the PIB offers support to the ‘Decade of Gas’ initiative,” he told NGW. “For the first time, Nigeria has introduced terms for developing gas under production-sharing contracts [PSCs]. This has been a sticking point for gas fields under PSCs.”

He also noted that Abuja had established special tax breaks for companies investing in domestic gas projects. “The PIB is also prioritising gas supply to the domestic market, and incentives to support this initiative have been included in the document,” he explained. “For example, royalty [rates] for gas produced and consumed in-country [are] 2.5%, versus 5% for export. Operators who are developing gas projects solely to supply the domestic market can also consolidate the midstream capital investment with upstream operations for the purposes of tax.”

Idornigie indicated, though, that he did not expect the new law to erase all the doubts of outside investors, especially those that have to collaborate with state-owned Nigerian National Petroleum Corp (NNPC). “IOCs are not likely to commit to new joint venture projects until they get clarity on how NNPC will work as a commercial entity plus how their outstanding liabilities will be paid,” he commented.

Additionally, he pointed out that the success of domestic gasification projects would be affected by Abuja’s ability to secure investments in infrastructure to deliver fuel to business and residential consumers.

In the case of deepwater offshore fields, he commented, inadequate infrastructure could significantly restrict future gas production levels and deprive the country of an important supply source. “The lack of gas infrastructure will be a big issue for developing offshore gas reserves for the domestic market, particularly non-associated deepwater gas fields,” he told NGW.

Idornigie noted that the PIB had made some attempt to address the matter, in that it made provisions for the creation of a new government agency that will govern midstream operations, including gas transportation. He was referring to the bill’s plans for establishing the Nigerian Midstream and Downstream Petroleum Regulatory Authority (NMDPRA) to monitor commercial, operational and technical operations in the downstream sector and the midstream sector.

As Nigerian press agencies reported last year, one of NMDPRA’s primary responsibilities will be to ensure domestic gas supplies. The PIB makes this clear, as its text stipulates that the new agency will “be setting cost benchmarks for midstream and downstream petroleum operations, [will] provide pricing tariffs framework for natural gas and fair market value of the applicable petroleum products ... [and will advise] the government, its agencies and other stakeholders on the commercial market relating to tariff and pricing frameworks.” 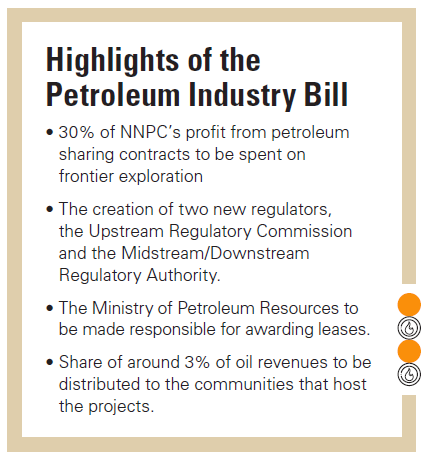 Even so, Idornigie indicated that he expected IOCs to take a cautious approach to infrastructure projects for the time being. “The proposed midstream infrastructure commission is expected to help facilitate investment in gas infrastructure, but it is still early days and it is unclear how this new commission will work,” he remarked.

Overall, much the same could be said about the “Decade of Gas” initiative.

That is, Nigeria is keen to develop its gas resources, and it has taken some important steps to support efforts in that direction. It has given gas developers the option of signing PSCs with favourable financial terms, for example, and it is offering special tax breaks to investors in gas projects. Additionally, it will be setting up a new government agency to oversee domestic gas supplies and delivery infrastructure development.

At the same time, though, all of these plans are still in the early stages, and IOCs are not yet ready to make any major moves. Indeed, they are likely to remain cautious in the short term even after Buhari signs the PIB, which is likely to happen later this year.