Despite its vast oil wealth, the Opec member imports refined oil products and this year it has removed subsidies from the traditional fuels for passenger cars, sending consumer prices northwards.

In August 2020, the Central Bank of Nigeria (CBN) introduced a naira 250bn ($650mn) intervention facility to help stimulate investment in the domestic gas value chain. It says it will improve access to finance including investment in infrastructure to optimise the economic development of the country’s gas resources. The facility will also fast-track the adoption of CNG and LPG as the country’s vehicle fuels of choice.

Although the NGEP will act as a catalyst to spur investments and steer the sector toward CNG and LPG, CBN may be exceeding its brief, in terms of monetary policy.

Energy analyst Prince Disi told NGW late September that the CBN was trying to run the economy by printing money for interventions funds and loans. “In the long term, we begin to see a level of ineffectiveness as we have seen with other interventions, which is more about enriching people in the value chain, not necessarily having the required impact to stimulate economic growth,” he said.

“The NGEP loans would basically pass through the same lending channel as every other CBN intervention fund. The process can be vague and sometimes, funds get rerouted.

“Interventions would not do as much as friendly policies will. Investors do not need Interventions. The government needs to abolish unnecessary fines and make regulatory processes easy,” Disi finished.

In September 2020, Nigeria’s minister of state for petroleum resources Timipre Sylva announced that by October 2020, all Nigerian vehicles should be converted to run on two fuels, one of which would be CNG.

According to Sylva, the policy directive helps Nigeria achieve its aim of making gas its first energy source, while also tackling climate change and energy security.

The country first pressed for gas as a vehicle fuel in 1997 as part of the government’s efforts to make more use of its gas domestically. However, the petrol subsidy regime as well as the mostly distracting focus on boosting LNG exports and gas-to-power projects meant that the 1997 advocacy became a non-issue for later governments of any stripe.

These outlets represent 27% of the total fuel stations and they have been identified by the DPR as having the right technical specifications to allow gas facilities to operate safely within their premises.

This policy follows the introduction of the Nigerian gas transportation network code (NGTNC) in August 2020. Its purpose, according to the DPR, is to regulate the use of natural gas vehicles. The code will also improve Nigeria’s gas supply to power generators and the growth of gas-based industries with sustained penetration of LNG, LPG and CNG.

Converting cars to run on natural gas has been going for a few years. Nipco, an integrated oil and gas company, has been converting petrol cars to NGVs since 2018 at its Edo and Ogun state outlets in the south-southern and southwestern regions of Nigeria.

Nigeria will join other African countries such as Egypt with its natural gas vehicle programme. In April 2019, the Oxford Institute for Energy Studies wrote that many countries have taken steps to pass legislation that will improve fuel efficiency, reduce CO2 emissions, and limit atmospheric pollution.

An October 2019 article in a journal published by Elsevier on the technical and economic evaluation of the use of CNG in Nigeria, by Anthony Igbojionu et al, stated that: “CNG has been acclaimed as a clean-burning, environmentally-friendly and cheap fuel and its use to power vehicles is globally gaining momentum by the day. Therefore, the perennial problems of fuel scarcity and tailpiece pollution in Nigeria will be effectively tackled by utilizing CNG.” 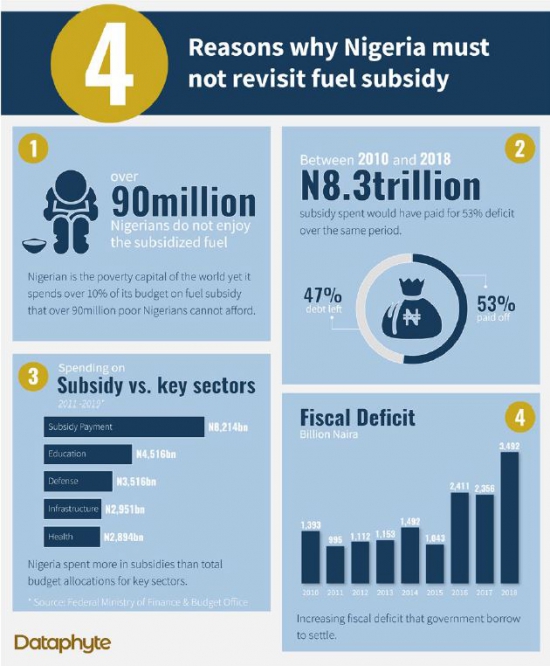 If Nigeria can sustain this new policy of using CNG-powered vehicles, the CO2 emissions in the country will reduce significantly.

According to 2020 IEA Energy Technology Perspectives, transitioning just the power sector to clean energy would get the world only a third of the way to net-zero emissions.

Completing the journey will require devoting far more attention to the transport, industry and buildings sectors, which today, account for about 55% of CO2 emissions from the energy system.

On the business side, the policy is a progressive directive, says Emmanuel Abara Benson, senior analyst at Business Elites Africa.

“The success of the policy depends on its implementation. Aside from this, it is a thoughtful decision. For one, Nigeria will finally begin to make more use of its gas. It is also expected to cut down on the cost of fuel because if more people start using gas to fuel their cars, demand for premium motor spirit will drop; and with it, the cost.

“We must also ensure that Nigerian car owners willing to convert are taught how to maintain natural gas vehicles by technicians who understand the technicalities of conversion and maintenance,” Benson concluded.

In September 2020, NGW spoke to former Gas Processing Manager at the NNPC and former technical services manager at Nigeria LNG, Siky Aliyu about the implication of the new policy directive on the gas market in Nigeria as well as for investors.

He said Nigeria had already mapped out plans for the use of CNG as fuel for vehicles as far back as the mid-1990’s, however, the plan did not follow through. For him, there are risks associated with using CNG-powered vehicles – but the risks can be mitigated.

“The policy is a good development because CNG is cheaper and cleaner. However, for the policy to be adopted, private investors need to be carried along because they are in the best position to drive the policy.

“This is because even if the government has made the announcement, there will hardly be any provisions for the sustenance of the policy in the 2021 budget. Private investors need to invest in CNG stations, so more Nigerians can start converting their vehicles to run on gas and pay for gas as opposed to petrol.

“Take for instance, the LPG market in Nigeria: it is mainly driven by private investors. Compared to over 10 years ago, more Nigerian homes now make use of liquefied petroleum gas (LPG) for cooking, as opposed to firewood. This has led to a decrease in deforestation in the country.

“Private investors need to drive this policy, the government alone cannot do anything,” he said.

For private investors to sustain the penetration of CNG and LPG for transportation, and cooking, subsidies and import waivers, and reduced regulatory burdens, are critical components.

The World Economic 2020 Forum Energy Transition Index states that “global energy transition will require trillions of dollars in investment from private corporations and national governments in the coming decade, but enormous amounts of capital have already been flowing into the sector.

“As technology improvements result in greater efficiencies and reduced costs, investors can put money more reliably into emission reduction opportunities without relying on government programmes and subsidies for commercial viability,” it says.

The use of CNG for transportation provides the opportunity to reduce emissions from flaring and diminish emissions from transportation energy use. The new policy, if sustained, will bring the Sustainable Development Goal (SDG) 7, which is Affordable and Clean Energy, to a reality in Nigeria.

Natural gas as an alternative fuel for automobiles in Nigeria has benefits ranging from reduction in pollution to an increase in productivity, energy security, efficiency, and safety.

While analysing energy efficiency across countries, the 2020 SDG Tracking Energy Progress report stated that between 2010 and 2017, the passenger transport sector experienced the second-highest rate of energy intensity improvement, after the industry sector. But this was only 2.3%.

The Tracking Energy Progress report also states that the transport sector is a primary source of global emissions. As people travel more frequently and over longer distances, and consume more imported goods, the sector is growing rapidly. Although stronger fuel efficiency standards in major markets are improving energy efficiency, these are offset by transport behavior and consumer preferences like sports vehicles, 4-wheel drive, etc.

As Aliyu told NGW, some Nigerians may prefer not to convert their cars to run on gas as opposed to petrol, worrying that gas may be dangerous for cars. However, according to the US Department of Energy’s Alternative Fuels Data Center, NGVs are actually safer than those powered by gasoline or diesel, and the fact that CNG is lighter than air further enhances its safety.

From NGW research, it appears that for in-country car conversion to CNG, the car mechanics will need a regulator, a parallel fuel rail, secondary injectors, wiring harness, fueling computer, CNG injectors, and parallel wiring harness. The cost of conversion lies within a broad range but the lower end is cheap: from naira 100,000 to 400,000 ($250 to $1000.

A technician at a CNG servicing company in Nigeria’s south-south region, told NGW in September that Nigerians need to be aware that converting their cars to natural gas fuel is a sure way to reduce pollution. According to him, cars that run on natural gas are less flammable because CNG is lighter than petrol.

Following from Aliyu’s comment on the need for private investors to drive this new policy, the government also should look into providing tax relief and incentives for those who want to invest in setting up CNG stations around the country, to help more Nigerians convert their cars.