Southeast Asia is, like other jurisdictions, hoping for a rebound in upstream investment; but competition for oil companies' capital is intense as they focus on the cheap barrels.

Fifty oil and gas fields in southeast Asia, with combined resources of 4bn barrels of oil equivalent (boe), will likely be approved for development during 2018-2020 and will require $28bn of capex from final investment decision (FID) to first production, Rystad Energy said January 23.

According to Readul Islam, research analyst at Rystad Energy, the primary reasons for this uptick in capex are cost deflation and improving demand driving higher commodity prices.

“The region experienced a sharp slowdown following the 2014 price shock. During 2015-17, Rystad Energy’s UCube database shows just about 2bn boe worth of projects were sanctioned within the region, with BP’s Tangguh expansion accounting for over 40% of those reserves. Several projects in the region experienced significant delays. Some of the projected uptick in activity comes from the operators finally managing to figure out how to make some of these delayed projects fly.”

Delayed projects account for about 1bn of the 4bn boe that Rystad forecast to be sanctioned within the period. Some of the delayed projects that will finally get going during 2018-20 include Indonesia’s Ande-Ande Lumut and Thailand’s Ubon fields. With 19 fields, Indonesia has the largest count in the forecast. However, Malaysia dominates the tallies for both the resources developed (37%) and required capex (42%).

In 2018, the largest project reaching FID in southeast Asia will be Vietnam’s Block B gas project, which Rystad expects to require a spend of just below $4bn to bring three fields to first gas by early 2022. However, the largest individual field FID of the region in 2018 will be Mubadala Petroleum’s Pegaga gas development in Malaysia.

Since several of the 50 projects are in brownfield developments, with the largest infrastructure already in place, project scopes in the $28bn pie might not be as large, or the competition as intense, as service providers would prefer, Rystad Energy argued. The 50 projects Rystad forecasts will be sanctioned run the gamut from onshore to ultra-deepwater developments. According to Islam, there are four projects developing less than 10mn boe of reserves, and five that will develop a field larger than 200mn boe. “Development of these projects will require platforms of various tonnages, floaters & subsea production systems. After a couple of lean years, the entire oilfield service supply chain should be looking ahead to global project sanctioning activity picking up, and regional service providers in particular will keenly await upcoming southeast Asian FIDs,” he said.

Rystad Energy predicts that FIDs over each of the next three years will be heavily gas weighted: gas makes up 85% of the resources reaching FID over the full period. Gas will continue to take centre stage in 2019, with Eni’s Merakes tieback off Kalimantan (Indonesia) set to be the largest FID, though if operator Eni decides to fast track it, project sanction could occur during the second half of this year.

“During 2019, we could also see several Myanmar gas projects take off. The largest oil project in our three-year forecast, Ande-Ande Lumut off Indonesia, could see an FID in 2019,” he said, adding, that 2020 will be the year for Malaysia. Sapura Energy will be looking to sanction the Jerun project, and Petronas will greenlight the largest project, Kasawari, a sour gas development. 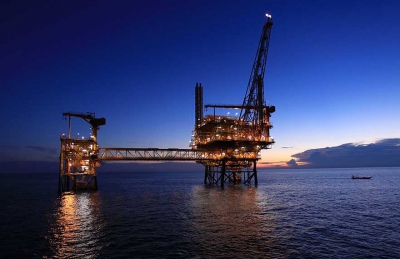 According to Islam, there are a few reasons for gas taking the centre stage. “Some of the gas projects to be sanctioned will feed into the regional LNG plants, and allow them to maintain their commitments under long term gas sales agreements. But there’s more to the regional gas growth story than LNG. Several of the countries in the region are experiencing issues in trying to maintain domestic gas production simultaneously as demand rises due to ongoing development. This could mean that in the mid-term future, more spot LNG cargoes from Brunei, Indonesia and Malaysia remain within the region, heading to Thailand, the Philippines or various Indonesian islands, rather than to the traditional east Asian markets,” he said.

Islam believes that there’s evidence that domestic gas prices within the region have been steadily creeping up. This, along with the growing acceptance of natural gas as an important transition fuel by governments and local authorities, has also encouraged operators in the region to bring more gas projects to the table.

Although Rystad Energy forecasts a bullish near term, there are challenges, both subsurface and operational. “The gas discoveries in the region tend to have relatively high CO2 content. There hasn’t been much experience within the region of developing deepwater discoveries, yet our long term forecast for the region sees material production additions coming from increasingly deeper waters,” Islam said.

However, he argued that the main challenges are above-ground and relate to the perception of the region as an attractive destination for E&P players. In some of the countries, there continues to be a significant gap between what the local authorities and the industry feel is a fair price for domestic gas.

“As some countries around the world tweak their fiscal regimes to raise their appeal during a period of low prices, there have been questions whether fiscal adjustments in some of the southeast Asian countries have moved in the right direction. Given all these developments, how well can the region compete with emerging hot-spots such as Guyana or Mauritania/Senegal, or as opportunities emerge in regions such as Mexico or Iran?” he concluded.