The winter and summer so far have not been good for wind generation: while solar has helped balance demand for air-conditioning, the passive nature of renewables has forced gas to take a bigger role.

In western Europe and other areas where renewables have gained significant market share, gas demand and prices are ever more dependent on the weather. Late winter cold, followed by low winds over recent months, have pushed up gas demand in northwest Europe, helping lift Russian and Norwegian imports to record levels.

Weather conditions over Europe have been far from normal this year. Across northwest Europe, freezing late winter conditions were followed by an exceptionally warm, sunny – and windless – period of late spring and summer weather.

Temperatures have always had an impact on gas for heating demand, but now cloud cover and windspeeds also have a major influence on generating systems across the continent, especially in those countries with a large wind sector, such as the UK.

There, the extended period of calm weather is playing havoc with the generating mix, with wind consistently generating less than 5% or 2GW, compared with more typical levels of 10-25%, or 4-10GW (excluding local grid output).

Combined-cycle gas turbines are making up most of the difference, although high solar has offset the impact (up to 11GW mid-summer early afternoons in the UK, and triple that in Germany) to some extent, reducing demand during the middle of the day.

Commenting on the summer conditions, one trader said: “In the UK it is solar all the way, but the interchange with lower wind generation is in truth lending itself to higher gas for power demand… With no LNG on the horizon, further [price] downside now seems limited.” That was June 25, and prompt and forward prices have indeed firmed since then.

The increased reliance on gas generation has pushed UK gas demand to around 180-190mn m³/d – including Interconnector exports – on many days in June and July, compared with about 160mn-170mn m³/d on average – despite very low heating demand owing to the hot weather. For example, on July 24 UK demand stood at 185mn m³, compared with an average of about 160mn m³, as CCGTs ramped up to meet 56% of the day’s power demand.

Despite a lack of LNG imports (see below), there has been ample supply available to meet demand at the higher prices, and on July  12 the UK was left oversupplied because wind temporarily picked up slightly – sending prices lower and suggesting the price strength was very much wind related.

The lack of wind has also raised gas demand in The Netherlands, Denmark and Germany, which along with the high UK demand, is contributing to record Russian summer imports to the EU, which averaged 513mn m³/d in the first two weeks of July.

Imports were also boosted by high storage injection demand, which by mid-July had lifted European gas storage to about 3% below last year’s levels, after starting April 30% down on the year before. Overall, Russia expects record European exports in 2018 for the third year in a row at about 207bn Russian m³.

This higher reliance on gas, along with firmer coal and carbon prices, pushed the German Calendar 2019 power contract to a 5-year high of just over €45/MWh July 10. “Bullish short-term factors,” including above-normal temperatures, and low wind generation, “are providing support to long term [power and gas] prices too,” said one trader.

On July 13, week-ahead gas and power prices approached their highest levels since a cold snap in January 2017, owing to “low wind production, several ongoing plant outages,” and high air-conditioning demand thanks to the ongoing heat – although that was partly offset by high solar output, much of which occurs at the same time as peak air-conditioning demand – said the trader.

The alternative to higher pipeline imports is an increase in LNG arrivals. But, despite European prices being well above the levels seen last summer, strong Asian demand is keeping deliveries to a minimum. Even with Asian prices softening to $9.50/mn Btu in late July, for September delivery – normally a weak-demand shoulder month in Asia – European prices remained uncompetitive with Asia for Qatari cargos, according to traders. 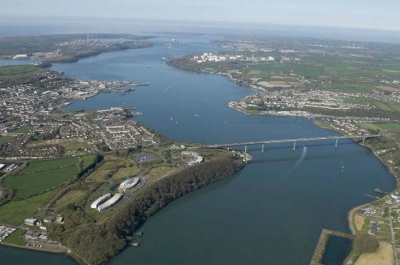 “There have been fewer LNG cargos arriving into the UK baseload facility at South Hook (Milford Haven) this summer compared with previous years and this has become an issue of concern for the gas market. Typically, LNG arrivals into the UK are strongest during the summer,” said the UK trader. Instead, some LNG terminals in Europe are finding work by transferring cargoes, mostly from Russia’s new Yamal production, from one vessel on to another or shifting them into storage for future loadings.

The current extended period of low wind has major implications for future reserve/battery planning and gas demand. It is going to be very difficult for batteries or renewables to cover this sort of natural gap – one can imagine, in future, price spikes on calm, summer days as holiday-makers charge their electric vehicles (EVs) ahead of seaside trips. The squeeze would be even more pronounced in winter, if persistent low wind came in combination with very low temperatures.

There is also less flexibility in gas supply as domestic output falls – especially in The Netherlands, which is cutting back on Groningen output; and in Germany, where green politics have all but phased out any fresh gas development. Production was just 7.3bn m³ in 2017, down 8% on 2016. France too now has a ban on new hydrocarbon licences of any sort.

Gazprom had been hoping to further expand its market share in 2018 as EU domestic output falls, and the weather has helped it achieve that goal. With Russia already supplying over a third of the continent’s gas, this does raise questions over dependence on Russia and security of supply, which the US president Donald Trump drew attention to on his European visit in mid-July - just as the sustained fall in European wind was boosting Gazprom’s profits.

Whether or not it is a real risk is debatable. Trump also suggested Europe take more US LNG, but with production in both Norway and Russia – now including Yamal LNG – on the increase, and pipeline prices still below those of landed US LNG, this may only happen when Asian demand is weak, or European demand is significantly boosted by the weather. 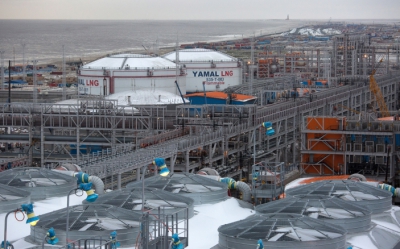 As more wind and solar are added to Europe’s generating mix – not least the new round of offshore wind announced by the UK in late July – the impact of weather on gas prices and demand is going to become ever more pronounced. This will continue until the cost of batteries and other ways of storing power fall and grids are able to manage renewable supply more effectively