Kerogen Capital manages over $2bn of funds. It was set up in 2007 to create value by reserves/resources enhancement; advance assets up the development curve; and to add bolt-on acquisitions and business opportunities, co-founder and CEO Ivor Orchard told NGW.

Describe the outlook for private equity (PE) companies like yourselves: the likely short to medium term effect of the Opec-Russia agreement, the shift from oil towards gas.

Oil prices broke through $60/bbl in the fourth quarter for the first time in two years, and its strength has continued into 2018, driven by historically strong demand and Opec discipline. This has been reinforced by greater emphasis in the Permian and other US tight oil plays on optimising cash flow rather than growth. 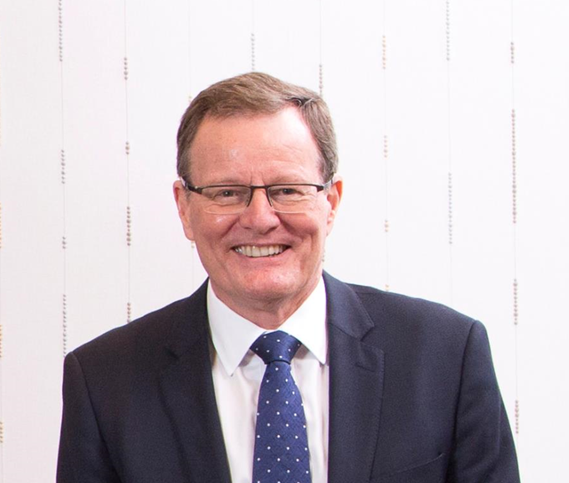 Natural decline of existing producing fields globally is expected to require an additional 14.1mn bbls/d of production by 2025. It is expected that this will be met in part by US tight oil; however, the IEA estimates that after 2025 US production will plateau for a period and then decline.

Increasing electric vehicle (EV) penetration will undoubtedly impact long-term oil demand. Realistically, however, given the sheer size of the vehicle fleet on the road today and the infrastructure buildout required for a mass market EV roll out, any material inflection point in terms of the impact on transportation fuels seems unlikely before 2025, and more probably 2030. Indeed, the greater impact on oil demand over the next decade is likely to come from continuing gains in fuel efficiency together with a reduction in vehicle-miles travelled as a result of ride sharing and autonomous driving.

The main impact from both increasing fuel efficiency and EV penetration will be on gasoline, which accounts for about a quarter of global oil demand today. Oil demand from sectors such as petrochemical, road freight, aviation and shipping are expected to continue to grow and become key drivers for oil demand in the future.

In our view, oil prices are likely to remain over $60/bbl range in the longer-term. However, Kerogen’s performance is not dependent on movements in commodity prices as the value of our portfolio is created through additional drilling/resource addition, and moving assets up the development curve. More important, with a low average portfolio breakeven (mid-$20/boe) and entry price ($0.6/boe), we are confident in our ability to generate value across the oil price cycle.

Turning to gas, the IEA is projecting 45% demand growth out to 2040. Renewables are growing exponentially but at the same time gas is expected to increase its share of the primary energy mix from 22% to 25%. Currently, about 40% of gas is used in power generation, where in our view it remains the natural partner with renewables in meeting burgeoning electricity demand. Gas is a flexible, reliable fuel capable of providing baseload and peaking power, as well as a clean affordable fuel with few pollutants.

The environmental impact of coal-to-gas switching over the past two decades has been remarkable – and will continue to be critical, not least in China and India, in meeting the Paris Climate Agreement emissions reduction targets. The benefits of China’s endorsement of natural gas as a key plank in its energy policy through to 2030 are already evident, as shown in the significant recent PM2.5 (fine particulate matter in the air) reductions in Beijing. The risk in other countries is that governments set unrealistic clean energy targets which result in gas getting by-passed in the energy mix. In Germany, for example, which has been in the vanguard of the renewables revolution – particularly in onshore wind  – coal and lignite continue to contribute no less than 40% of its power-generation mix. This contrasts with California, where flexible gas generation complements solar in providing reliable power generation for the state.

E&P companies are apparently undervalued compared with the price of oil: so can we expect to see a growing wave of M&A this year?

We haven’t yet seen a material uptick in M&A activity in the international markets on the back of the improving oil price environment. The international upstream M&A activity remained subdued in 2017, at a similar level of M&A to 2016. Outside the US, transaction activity was predominantly driven by offshore Europe, of which the UK and Norway contributed about 30%. Oil majors remain focused on portfolio rationalisation with an emphasis on reducing capex in favour of preserving cash, reducing debt and/or paying dividends. While still at an early stage, acquisitions by larger corporates have centred on adding to long-term core strategic positions, while the balance of M&A activity has been focused on acquisitions of cash-flow producing assets. A strong buyers’ market remains in Kerogen’s core focus area of appraisal and development.

We do however see growing confidence in the international upstream sector, based on refocused businesses and higher margins from stronger oil prices and restructured, lower cost bases. The number of new project sanctions has started to grow and we can expect that increased M&A activity will follow in due course.

Asian national oil companies (NOCs) have largely been absent from the M&A market over the past three years. In most cases, they still face significant reserves replacement challenges and are expected to re-enter the M&A market in the near to medium term.

How much have you invested in European shale, and what expectations do you have from that? There is a wide range of possible outcomes from the Cuadrilla projects in the UK: from 'another US' to 'it won't make a scrap of difference to the UK.' Where do you sit on that spectrum?

Kerogen has invested in UK shale gas through two separate companies, Cuadrilla Resources and Igas. In our view, the case for the development of the UK’s shale gas resources is overwhelming:

The British Geological Survey (BGS) estimates that the UK has shale gas-in-place of 1,329 trillion ft³.

With the decline in North Sea production, the UK has gone from self-sufficiency in gas in 2000 to importing over 50% of its gas needs today; by 2030 this is forecast to increase to around 80%.

Over 80% of homes are heated by gas and some 61% of homes rely on gas for cooking; and a third of the UK’s electricity is generated from gas.

The opportunity is to develop a new natural gas industry in Britain’s backyard, regulated to the world’s highest standards by the UK’s own regulators, connected directly to the national grid, generating jobs and revitalising industry in the UK.

The alternative is to import this gas by pipeline from Russia and elsewhere or by liquefied natural gas (LNG) shipments from North Africa, the Middle East or US.

The environmental footprints in these two scenarios bear no comparison.

We are invested in Cuadrilla through AJ Lucas, a listed company in Australia which owns 47% of Cuadrilla. AJ Lucas is a leading drilling services company in Australia – hence our investment provides us with exposure to the upside potential from shale gas in the UK while the downside is supported by a viable services business in Australia. Similarly, IGas is the largest operator of conventional oil fields onshore UK in addition to having one of the largest shale acreage positions in the UK. The upside exposure to its unconventional acreage is underpinned by downside protection from its conventional business.

According to estimates by the BGS, the UK has total gas-in-place of 1,329 trillion ft³ compared with UK demand now of 3 trillion ft³/yr. Within Cuadrilla’s Bowland shale gas licence in Lancashire, it is estimated we have over 200 trillion ft³ of gas-in-place. Even if we recover only 10% of the gas-in-place in the Cuadrilla licence, that represents more than 25% of UK demand for 25 years. The prize is therefore meaningful for a country that is expected to import 80% of its gas by 2030, having been self-sufficient in 2000.

The Bowland shale is of very high quality – analogous in our view with the best of the US shale plays. However, the real test lies in the flow rates and ultimate recovery we can achieve from each well. Cuadrilla is currently drilling two wells at its Preston New Road site. The first vertical well was drilled   through the Lower Bowland shale to a depth of about 2,700 metres and then extended laterally for some 800 metres through the shale gas reservoir. A second well with similar length horizontal is currently being drilled in the Upper Bowland. We expect to be hydraulically fracturing both horizontal wells later this year, followed by extended well testing. This will give us a much clearer idea of the development potential of the licence. If all goes well, we look forward to connecting the gas directly to the national grid in 2019 following the drilling of a further two wells.

Where LNG is concerned, do you accept that the high return days are over and competition means it is now a utility model? If not which links of the LNG value chain offer the best value for PE?

Kerogen is involved in three smaller-scale LNG projects, two in Africa and one in Papua New Guinea.  The focus in all three cases is on monetising discovered liquids-rich gas or associated gas resources in benign shallow water conditions close to shore.

Kerogen’s sub-Saharan Africa vehicle, New Africa Global Energy (NewAge), is advancing two FLNG barge projects in West Africa. The first of these projects, in Congo-Brazzaville, is expected to start-up in 2022, followed by Cameroon LNG in 2023. Confirmed gas supply volumes for each project are about 200mn ft³/d of rich gas equating to LNG production of about 1.2mn mt/yr, together with associated LPG and condensate products for up to 25 years. Both projects are at the front-end engineering and design stage, with contracts awarded to industry leaders SBM and JGC

The third FLNG project is offshore Papua New Guinea and is being led by Perth-based Twinza Oil in which Kerogen is one of the two main shareholders together with the Clough family. The project is similar to the west African projects in that Twinza’s Pasca A gas-condensate field is in relatively benign shallow water and is rich in both LPG and condensate. Twinza has recently drilled and successfully tested the A-4 appraisal well which has been suspended as a future producer/ injector. An independent reserves report has certified 2P/2C resources of 124mn barrels of oil equivalent, a 30% uplift on pre-drill estimates. Twinza is planning to produce first liquids in 2021, to be followed within two years by gas feed for FLNG, based on aggregated gas production from both Pasca A and the Pandora gas field to the south of Pasca in which Twinza has a 40% stake. The company is targeting LNG production of 1.0-1.2mn mt/yr.

Please update on the state of play offshore Israel and your development ideas - have you an eye on exports to Cyprus, or will all your gas be shipped onshore for processing and marketing?

Israel is one of the fastest-growing gas markets in the world with gas demand rising from 1bn m³/yr to 10bn m³/yr at the end of 2017. The Israeli government remains strongly incentivised to promote further gas developments and use. Given the importance of the Israeli gas supply to domestic demand, the government announced the Natural Gas Framework Agreement in August 2015 to ensure diversification of gas supply across multiple fields. Under this arrangement, Delek and Noble were required to sell down their stakes in the Karish and Tanin fields, which allowed Energean Israel to acquire the two fields at a very attractive price in partnership with Kerogen.

As part of the sale agreement, export quotas for Karish and Tanin of 1.6 trillion ft³ remained with the sellers. All the gas from Karish and Tanin must be sold to Israeli customers, thereby blcompeting with Tamar, Leviathan and other gas fields and so diversifying the country’s energy mix.

Within the short timeframe since our investment in December 2016, we have been able to achieve all the key milestones required for project sanction in March 2018, including: