Vladimir Putin continues his policy of divide and rule in the Middle East, using a mix of commerce and politics backed up by military might, and taking a very long-term view where energy is concerned.

Soon after his visit to Ashgabat, Russia’s president Vladimir Putin travelled to Tehran to meet Iranian and Azerbaijani leaders. There is no doubt that the situation in the Middle East, in which both Tehran and Moscow are heavily involved, was the major agenda item. Still, it was not just geopolitics. Gas and oil were also important subjects of discussion.

It is clear that Moscow and Tehran are moving close to each other, and for obvious reasons: both of them are facing increasing pressure from Washington: this, one might assume, provides consolation for them both. After the Iran nuclear agreement, Moscow was concerned that Iran would move closer to the West at the expense of Russia. Tehran, most likely, suffered from similar fears, watching Trump’s campaign in which the victorious candidate expressed his clear admiration for Putin.

But in neither case did their apprehensions materialize: Washington made an unexpected move. During his campaign, Trump regarded China as the major enemy, and promised to impose stiff tariffs on Chinese imports, such as steel. But after winning the election, Trump’s approach to China softened. Allegedly, it was due to Beijing’s willingness to accommodate Washington’s demands in dealing with North Korea, but there could be other reasons. China already had a considerable and growing influence on the US economy, and pressure on China could backfire.

So it was not Beijing but Tehran and Moscow that were chosen as the major target of Washington’s wrath. Trump proclaimed that Tehran was not following its nuclear agreement, and therefore should be punished by new sanctions, albeit no threat of war – often heard during George W Bush’s and Barack Obama’s presidencies – was in the air. The story with Russia was rather different. As a candidate, Trump indeed demonstrated his positive approach to Putin and was apparently ready for a new detente.

Still, it was this positive approach to Moscow that became Trump’s liability. Trump was not the candidate that the leaders of either political party wanted to see in the White House. He was elected against the will of the elite, a phenomenon unknown in recent US politics, and this was the reason why his supporters were dubbed “deplorables.”

While the Republican elite was displeased with the electorate’s choice, the Democrats were absolutely outraged. Indeed, all polls indicated that Hillary Clinton’s victory was almost guaranteed. And here Trump’s Russian connections and positive views of Putin were a good excuse to start a campaign aimed at discrediting, and possibly impeaching, Trump.

At that point, Trump had little choice but to agree on imposing new sanctions on Russia for alleged interference in the American election and other sins and similarly at that point, Russia and Iran had no choice but to move closer to each other.

Moscow clearly made a lot of positive steps toward Iran. They had started already during the Obama administration, when Moscow’s relationship with Washington deteriorated rapidly, after the crisis in Ukraine. Moscow sent S-300 anti-aircraft missiles to Tehran, after almost ten years of delays, and started to build the second block of the Buhehr nuclear plant, expected to be finished by 2026.

In addition, Russia continued its active engagement in the Syrian war, together with Iran. There is no doubt that the Middle East and both countries’ relationship with the US were one of the major focuses of discussion between the two leaders.

Still, it was not only these subjects, and it would be wrong to assume that their interest was only limited to geopolitics. Oil and gas were also important subjects of discussion, and the Russian mass media noted that the war in Syria was not just about fighting with Isis, or vying for influence in the Middle East, but also has gas and oil implications. It is a struggle for new deposits of gas and oil, and how they may be delivered to global markets.

Putin is clearly concerned with making Russia a greater power, and increasing Russian influence in the Middle East. And while trying to increase Russia’s influence, Putin was following the pragmatic dictum of a British politician, who stated that “Britain has no friends or enemies, only interests.” He tried to avoid putting all his eggs in one basket, and counterbalanced Russia’s good relationship with Iran with the same good relationship with Saudi Arabia – Iran’s mortal enemy. In October 2017, the Saudi king visited Russia, where he was promised S-400 missiles.

To understand the meaning of this proposal, one should remember that Russia procrastinated for almost ten years before it delivered S-300s, a less-advanced version, to Iran, regardless of its contract and advance payment. In addition, the S-400s would most likely guard Saudi airspace against Iran. Not only were Russia’s interactions with the Saudis displeasing to Tehran, but so two were its interactions with Qatar. There are also oil and gas issues, and related problems, there and so the interests of Moscow and Tehran collide there as well. This became clear in dealing with Iraqi Kurdistan.

Even before the Kurdistan regional government formally declared its independence of Baghdad, the Kremlin-backed oil major Rosneft expressed great interest in working with Erbil, going so far as to ignore central government in Baghdad. The oil was to be delivered to Europe along the western routes, but not to the south. Russian observers noted that this project hardly pleased the US, for a variety of reasons. To start with, Washington is not excited by a growing Russian presence in the region, especially when Moscow supports leftist, anti-American groups. 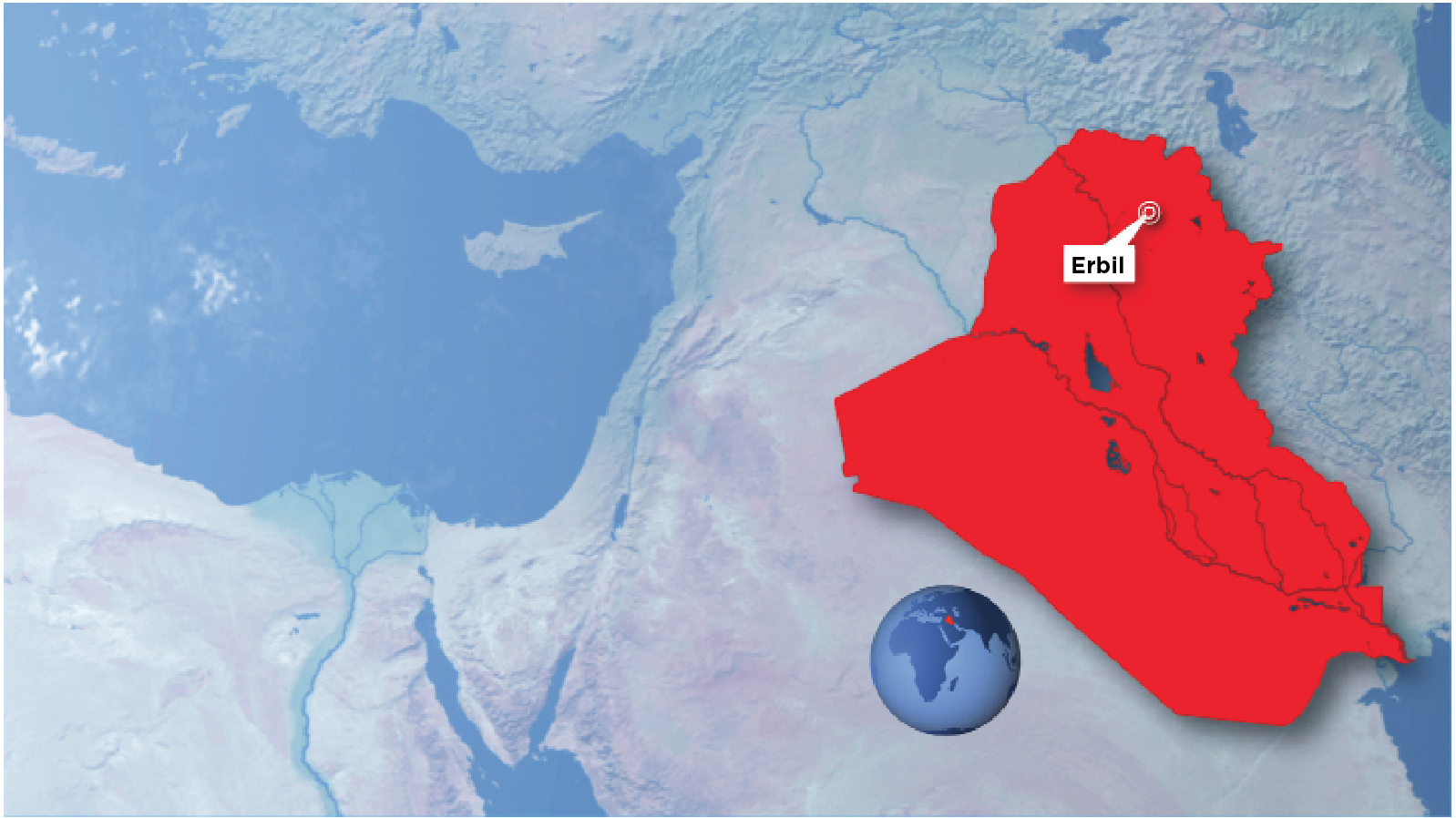 Here, Russian observers noted that some Kurds had positive feelings toward Russia. This is, for example, the case with the Workers Party of Kurdistan, which is a Marxist group, inspired by the image of the Soviet regime. Aside from the geopolitical reasons, Washington is also unhappy from an economic perspective. Washington, from the viewpoint of Russian observers, tried to prevent the increasing flow of gas and oil on to the world market, as it created competition for American gas and oil. Russia’s engagement in Iraqi Kurdistan, sending more oil westward, would worsen this state of affairs.

Turkey is another country that is not happy with Russian companies extracting oil in Kurdistan, and some Russian mass media  noted that oil deliveries from Iraqi Kurdistan to Turkey have declined sharply. Still, other observers noted that it is unlikely that Turkey would stop exporting oil from Iraqi Kurdistan, for it would hurt Turkey’s own economic interests.

There is another capital that would rather see Russia gone from Kurdistan: Baghdad. It sees Moscow not only as a party engaged in an oil project but also as a power that guaranteed Kurdistan’s semi-independent existence. It is clear that with even indirect Russian help, Kurdistan could follow its present-day course. Thus, the potential transformation into independent state would be still possible in the future, and this displeased not just Turkey but also Tehran. To provide Tehran with compensation, Putin made several proposals, which were also intended to increase pressure on Ashgabat, which Putin had visited recently, and apparently without much result (NGW Vol 2, No 20).

During his Ashgabat trip, Putin encouraged Gurbanguly Berdymukhamedov, the Turkmen leader, to forget about hislong-wished-for project: the Turkmenistan-Afghanistan-Pakistan-India gas export pipeline. Instead, Putin suggested that Turkmenistan should send gas to Europe and the West by using old Soviet gas lines, which were firmly controlled by Russia as it was the case in the past. These early arrangements were phased out, and by 2016, Russia ended any purchases of Turkmen gas 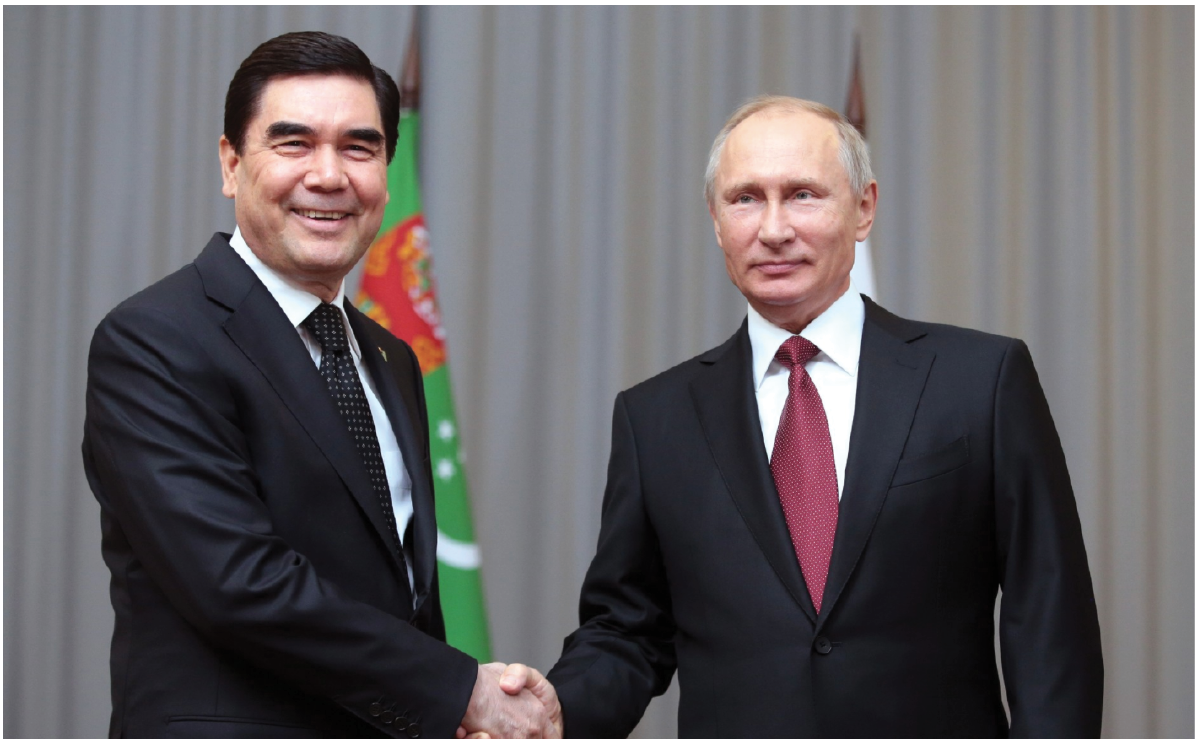 The resumption of Russian control would imply that Russia not only would regulate the gas flow, but also would charge for transit. One might assume that Ashgabat was not excited about this proposal, and Putin’s visit to Tehran provided an opportunity to send signals to Ashgabat to be more attentive to Moscow’s proposals. At the same time, Iran could receive some compensation for Kurdistan’s problems.

A replacement for Tapi

For Pakistan and India, Turkmen gas is not the only choice. They could well receive gas from Iran. There have been plans to lay gas lines on the ocean floor, and deliver gas to both Pakistan and India. The plans did not materialise, because Tehran was under sanctions and only relatively recently been relieved of them. One of course could note here that Washington could reimpose sanctions. If this were to happen, it would be mostly an American initiative.

Most of the other co-signatories of the Iran nuclear deal – notably Russia and Iran – would hardly follow Washington. Even Europeans might not do this, arguing that Washington had abandoned the deal unilaterally and other countries were free to engage in any project with Iran. During his meeting, Putin stated that Russia would be happy to help Iran to build this gas line. Russian observers also noted that the project has a long history, and Russia has expressed an interest in the project since 2015. Russian observers also noted that Iran has actually started to build gas lines some time ago.

There are questions about how this would benefit Russia. Some observers have said that Russian companies could extract gas along the gas line. Still, it is doubtful that this was the major incentive/reason. The major reasons were two-fold: to send a message to Ashgabat that Russia has other gas purchase options, while also to compensate Tehran at least partly for Russia’s engagement in Iraqi Kurdistan. This was the other reason to placate Tehran. According to some reports, Turkish president Recep Tayyip Erdogan has insisted that TurkStream should not be filled with only Russian gas: Iranian gas could also flow through it.

Moscow is certainly not happy with this arrangement, and wants most of Iran’s exports to go instead to Pakistan and India, where Russian interests are limited. There were other agreements, or at least discussions, that could be seen as messages to Turkmenistan. One agreement was to send Russian gas to northern Iran via Azerbaijan.

Turkmenistan had supplied this part of Iran with gas for a long time but around a year ago, the disagreement with Ashgabat emerged and Turkmenistan stopped deliveries. By saying that Russia would send gas to Iran’s north, Putin underlined the notion that Ashgabat should definitely forget about this market for gas.

Ashgabat had also cherished for over two decades the dream of sending gas to Europe under the Caspian Sea. Russia and Iran, also littoral states, were strongly against this plan. At the same time, Baku expressed interest in the project, or at least did not dismiss it completely. The very fact that the leaders of Russia, Iran and Azerbaijan expressed solidarity in their vision of the Caspian Sea sent a message to Ashgabat.

All these leaders also noted that they were planning to foster “military co-operation” and develop cooperation in the “oil/gas” realm. Putin also expressed Russia’s willingness to develop relations with Azerbaijan, and without Baku’s consent, sending Turkmen gas to Europe would be practically impossible.

Consequently, the Russian option is about the only plan left standing. One could not say with any certainty that Tehran was pleased by Moscow’s proposal, but it is clear that Ashgabat has got the message, and in early November, Turkmen officials stated that they considered the Russian proposal to send gas to Europe through Russian territory.

Gas prices are stable in Europe except in the UK