The New Zealand government is reviewing whether to give itself the power to seize control of natural gas supplies during times of acute shortage.

The manner of the review, outlined in a cabinet paper that energy minister Megan Woods approved and released on February 14, is reminiscent of Wellington’s ban on all new offshore exploration that was introduced in April 2018. Almost two years ago the government made a decision, without consulting the industry, that would have significant implications for the upstream sector, raising important questions about the country’s future energy security.

While Woods’ paper highlighted the need to respect “investor confidence” during the review, the fact remains that the prospect of a government having such intrusive micro-level powers over gas supply contracts will likely prove a deterrent to investors.

Some of the proposed initiatives included establishing a consumer advocacy council to represent small business and residential consumers, while also giving the Electricity Authority new regulatory powers. The minister’s comments regarding new powers over gas contracts were buried towards the end of the document.

After noting that the Electricity Price Review had identified a lack of “common purpose across the supply chain and a tendency for self-interest to make issues more complicated than perhaps they need,” Woods proposed a phased approach to a possible review. She said the scale and scope of the problem needed to be identified prior to the review taking place and suggested that the Ministry of Business, Innovation and Employment (MBIE) should attempt to find “low-impact” changes to institutional arrangements.

After arguing for the need for greater inter-agency co-operation, Woods revealed that an area of “low impact” interest for the government was the question of whether the ministry needed powers to respond to “market failure.” She said: “A possible option is the provision of emergency powers to reallocate electricity or gas in situations of acute electricity or gas shortage.”

But in order for the government to reallocate gas supply it would have to be able to breach gas sales contracts reached between private entities. Giving the state such authority over private contracts would have far reaching consequences for the country’s investment image, the National Party’s energy and resources spokesperson Jonathan Young argued.

The National Party has long opposed the government’s approach to the offshore upstream, describing the 2018 ban as “arrogant and reckless”. MBIE has previously estimated that the offshore exploration ban will cost New Zealand NZ$7.9bn (US$4.99bn) between 2027 and 2050. 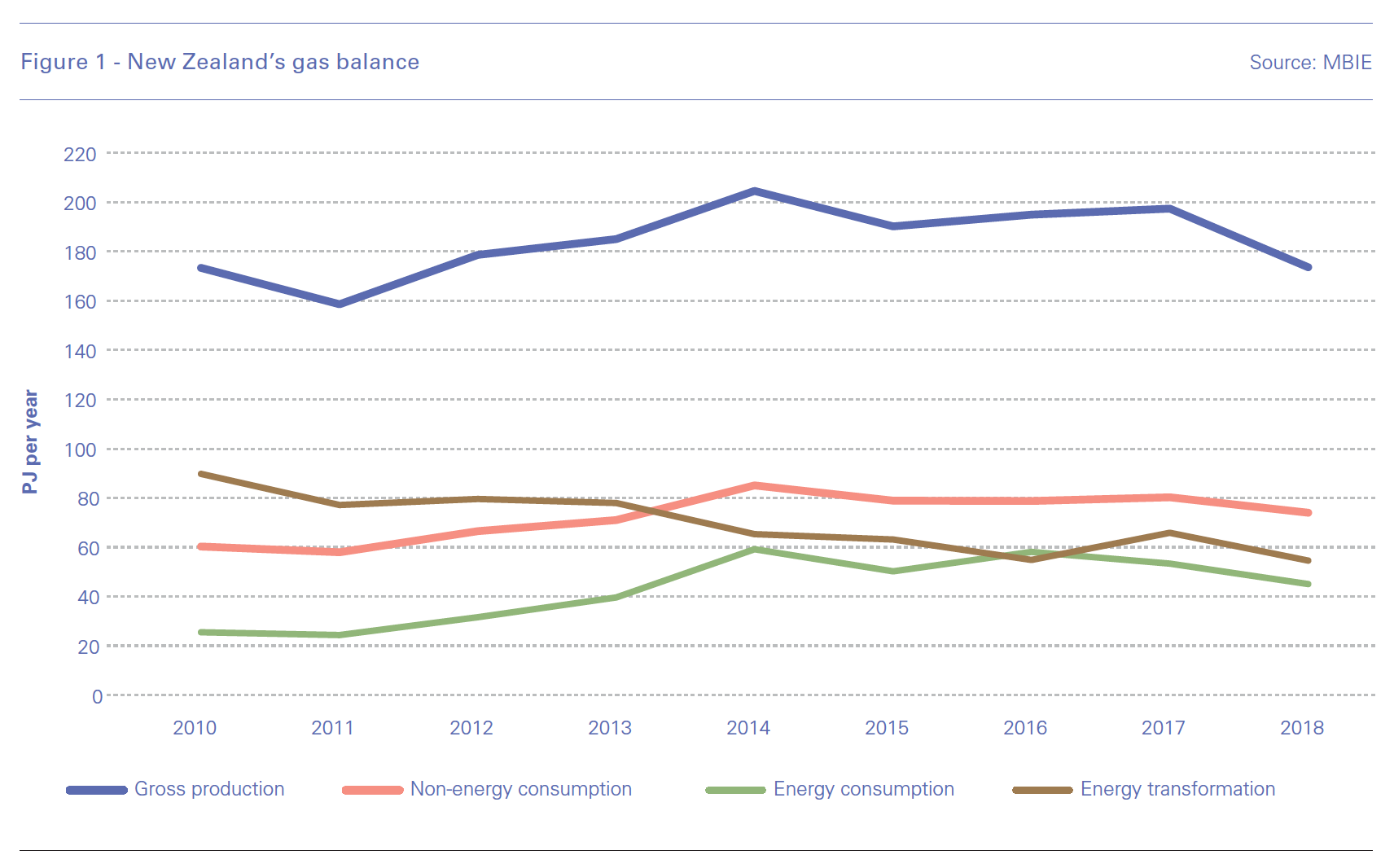 It was no surprise then that the centre-right party was quick to slam the idea of creating supply reallocation powers. Young said such rules would allow the government to deny property rights contracted between private companies, adding: “It means that if we have a natural gas shortage, then the [energy] minister can simply override any commercial contracts between companies and confiscate their gas.”

He argued that while the government needed to encourage greater exploration efforts to improve the country’s gas supply, “they are giving themselves the power to seize existing reserves.”

The point hits home particularly hard, given current pressures on New Zealand’s supply and demand balance. OMV, the operator of the Maui and Pohokura gas field, said in October 2018 that the country had an estimated seven years of firm gas supply with production forecast to start declining from 2021.

Contact said its revenue and changes in financial instruments fell to NZ$221mn, from NZ$278mn in the same period of 2018. Net profit for the six months shrank to NZ$59mn, from a record NZ$276mn a year earlier, which included proceeds from the sale of Rockgas LPG and the Ahuroa gas storage. The company noted that increased gas costs, the result of shortages, had contributed to a NZ$39mn reduction in its power generation business earnings.

“The impact of the recent under-investment in New Zealand’s ageing gas fields has been acutely felt over the past six months with the supply of natural gas proving unreliable, leading to thermal input costs increasing sharply,” CEO Dennis Barnes said.

The power sector is not the only one to be affected by declining gas supplies, with major industrial users NZ Steel and Methanex being affected by higher feedstock prices. New “reallocation” powers would simply add to the risks gas-intensive industries already deal with in New Zealand.

The National Party has made it clear that it will end the ban on offshore exploration should it win at the next election and it may get that chance later this year.

The country’s next general election is slated September 19 and the incumbent Labour Party is trailing the centre-right opposition in the opinion polls. The government’s handling of the coronavirus is believed to be weighing on voter opinions.

The National Party will be touting business-friendly policies over the next six months and arguing the case for smaller government when it comes to the energy industry.

Any government power to reallocate supplies will inevitably be used to ensure residential users receive first access, regardless of the impact this will have on industry. Gas shortfalls and supply reallocation in other parts of the world, such as south Asia and Latin America, choked economic growth and a similar argument applies to New Zealand.

Young said: “Who is going to set up a large business if at any time, at the whim of an energy minister, you could have your natural gas or electricity confiscated?”