New UK Prime Minister Theresa May has appointed Greg Clark as the Secretary of State for Business, Energy and Industrial Strategy, according to the PM's official website July 14.
The department, combining business with energy, is a new one, replacing the former Department of Energy and Climate Change. The shift in title may be seen by some as suggestive of a shift towards boosting industrial performance at the expense of climate change targets, although as yet it is too early to see what changes there may be in policy.
Energy intensive users have suffered over recent years from high power and gas prices compared with rival producers, such as the US, where industry has benefited from the lower gas prices brought by the shale revolution. UK energy users have also had to pay to support climate change policies that many of their rivals do not. 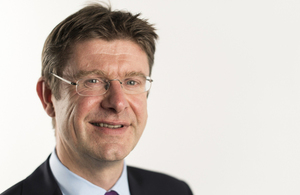