Australia’s fleet of natural gas and coal-fired thermal power plants (TPPs) is coming to the end of its operational life, prompting the government to begin planning a wave of replacements.

The TPPs broke down once every 3.2 days on average during 2018 and 2019, according to an IBISWorld report published January 21. The report noted that: “Approximately half of Australia’s fleet of coal-fired power stations, generating over two-thirds of generating capacity, is over 30 years old.”

Although Canberra has paid lip-service to the idea that coal has a role to play in future power generation planning, political and economic realities suggest this is an unlikely outcome.

The country has been ravaged by months-long forest fires that have been widely linked to climate change and thus the domestic coal industry. Given the present mood, any move by the government to endorse new coal-fired TPPs would be politically risky, with little to gain and a lot to lose. At an economic level, meanwhile, Australia’s major banks have already outlined plans to withdraw their financial support for coal mines and TPPs, seeing the sector as a high risk for investors.

While these factors point to a future where renewable energy should fill the gap, there is a strong argument that Australia’s power market is in no position to depend purely on green solutions and needs reliable baseload power.

Gas has long been hailed as a transition fuel and there is a role here for the fuel, which emits half as much carbon as coal does when burned. In addition to the environmental advantages, Canberra is also actively reviewing plans to implement a national gas reservation policy, which should lead to lower domestic gas prices and make the fuel a more competitive TPP feedstock option.

Natural gas-fired generation grew by 7% year on year in financial year 2017-18, according to the Department of Environment and Energy’s Australian Energy Update 2019 published in September 2019.

While coal dominates the current power mix, accounting for 60% of Australian electricity output, the country’s coal-fired TPPs have entered their twilight years and new project approvals have been thin on the ground.

The Australian Energy Market Operator (AEMO) has forecast that as much as 15 GW, or 63% of the country’s coal-fired power capacity, could be retired by 2040. In its Electricity Statement of Opportunities report released in August 2019, AEMO said its biggest worry for that coming summer was the “deterioration of reliability of ageing thermal generators.”

While the market body has suggested that, in the long run, ageing TPPs could be replaced with solar projects, the federal government has been more enthusiastic about conventional gas-fired alternatives.

Australia’s energy minister Angus Taylor announced on December 23, 2019 that the government would underwrite a 132-MW power project in Queensland and another 220-MW power project in Victoria. With the approvals in place, Quinbrook Infrastructure Partners in Queensland and APA Group in Victoria can proceed with the developments provided that they can secure financing. 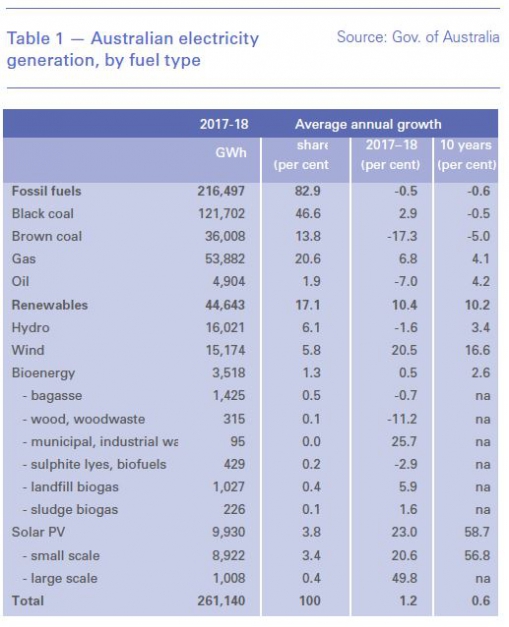 In addition to the two TPPs, the government has underwritten 10 other power projects – three gas, six pumped hydro and one coal-fired TPP upgrade – in a bid to bolster power supplies.

Commenting on the approvals, Australia’s prime minister Scott Morrison said his government remained open to new coal-fired power projects if the development case was sound. He said: “I am quite agnostic [about power options], just as long as it is reliable and it is cheaper… You deal with the environmental challenge, you make sure you keep your economy growing and get power prices down.”

The economic argument for coal-fired projects is increasingly under scrutiny, however, following the revelation last year that three of Australia’s four biggest banks were planning to withdraw financing for coal projects.

The move comes after the Commonwealth Bank said in August 2018 that it would cease financing thermal coal projects by 2030, with NAB announcing a similar move in November 2018 with an exit deadline of 2035.

The Bank of International Settlements (BIS), which is owned by 60 of the world’s central banks including the Reserve Bank of Australia (RBA), has warned that climate change could trigger the next global financial crisis. It said central banks could be forced to rescue coal mines and power plants if “investors’ perception of profitability” changed rapidly.

The RBA, meanwhile, said in September 2019: “Beyond the next few years, the outlook for coal prices and demand is increasingly uncertain, particularly for thermal coal.”

The economic argument for gas-fired TPPs is only set to improve as the government refines proposed plans for a natural gas reservation scheme.

Australia has been grappling for years with the pressure that rising LNG exports have brought to bear on the domestic gas market. Industry groups have lobbied the government to take action over prices that have soared in response to east coast export projects tapping the local market to fulfill their contractual obligations.

These sentiments have prompted the government to consider ring-fencing some of the country’s gas production. Australia’s minister for resources and northern Australia Matt Canavan said January 24 that the federal government would work with local governments over the next 12 months to “consider options” on such a policy.

His comments came after a review into the Australian Domestic Gas Security Mechanism (ADGSM), which grants Canberra the ability to limit LNG exports from projects running at a deficit to the local market. The review found that it had helped to place downwards pressure on short-term gas offers.

A gas reserve scheme would not only reduce prices for industrial users but would also create new incentives for the country’s power developers to consider new gas-fired TPPs.

Gas-fired electricity generation dominates the power sector in Western Australia, where the local government has reserved 15% of the gas produced for export projects for the local market. The Australian Energy Update 2019 noted that WA alone accounted for 49% of Australia’s gas-fired generation in calendar year 2018.

Given the political, economic and environmental costs of supporting coal in baseload power generation and problems of intermittency from renewables, gas is the only viable solution to the power shortfall.