The lower house of the Dutch parliament has passed a banning gas exploration and production on the Wadden Island and in the part of the Wadden Sea defined as a wetlands nature reserve. In the nearby part of the North Sea, those activities remain possible, albeit under stringent conditions.

The proposal had been submitted by Jan Vos, member of the social democrat government coalition party PVDA and supported by some opposition parties, but not by the liberal VVD, the party of energy minister Henk Kamp. It was one of the more than 70 amendments on the existing mining law. Some of them passed, others were voted down.

The Wadden Sea is an intertidal area with a rich and very specific fauna and flora along the coast of the Netherlands, Germany and Denmark. The preserved part in the Dutch part of this sea includes the Unesco World Heritage area as well as the Dutch Natura 2000 area. In the costal North Sea north of the Wadden Islands exploitation permits will only be issued if it isn't possible to use existing platforms and if the visual pollution is very limited. 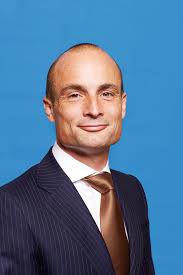 Also accepted was a proposal from Liesbeth Van Tongeren (Groenlinks), a former director of Greenpeace Netherlands. Her amendment gives the government the competence to refuse exploration and exploitation permits which could cause environmental damage. Until now, environmental risks were treated later in the permission procedures. The parliament also – unanimously – accepted an amendment that makes the safety regulations for the offshore industry more severe.

Another change in the existing law is the reversal of the burden of proof in cases of damage by seismic events. This new legislation is of particular interest for the inhabitants of the gas-rich northeastern province of Groningen, as it strengthens their position towards gas exploitation company Nederlandse Aardolie Maatschappij, which is equally owned by Shell and ExxonMobil.

Surface subsidence and tremors caused by intensive gas exploitation are touchy problems in Groningen. Because of the experiences with natural gas exploitation, Dutch people are also opposed to injection of CO2 into depleted gas fields. Recently, the government stopped such a project in Barendrecht, after the plan caused a dip in the local real estate market.

The government is consulting on lowering the annual gas production limit at Groningen to reduce shocks and consequent damage to buildings in the region.