Neptun, a joint project of ExxonMobil and Austria’s OMV, is the furthest forward of the major gas projects pending development off the Romanian coast. The investors had previously said – indeed OMV’s website very recently said  – that they hoped to announced the long-awaited Final Investment Decision (FID) by the end of 2018.

Since July, however, OMV, Exxon and other would-be developers have been trying to persuade the Romanian government to amend legislation covering offshore terms, so far without luck.

OMV said October 25: “Unlocking and developing Black Sea offshore resources is a great opportunity for Romania to ensure energy independence, create additional budget revenues and enable further economic development. We are currently reviewing the offshore law to understand how this will affect our offshore business. Given the timeframe, we do not see a Neptun Deep FID in 4Q2018."

Neptun Deep is in the XIX Neptun block, operated by ExxonMobil, but licensed to a 50-50 joint venture of ExxonMobil and OMV Petrom. The latter is a Romanian company that is majority 51%-owned by OMV. Neptun was discovered through the 2012 Domino-1 well, with reserves at between 1.5 and 3 trillion ft3 (42bn to 84bn m3). Exploration and appraisal drilling happened since, with Exxon and OMV previously set for a FID in 2H2018. Exxon awarded certain contracts, subject to FID, in April 2018. 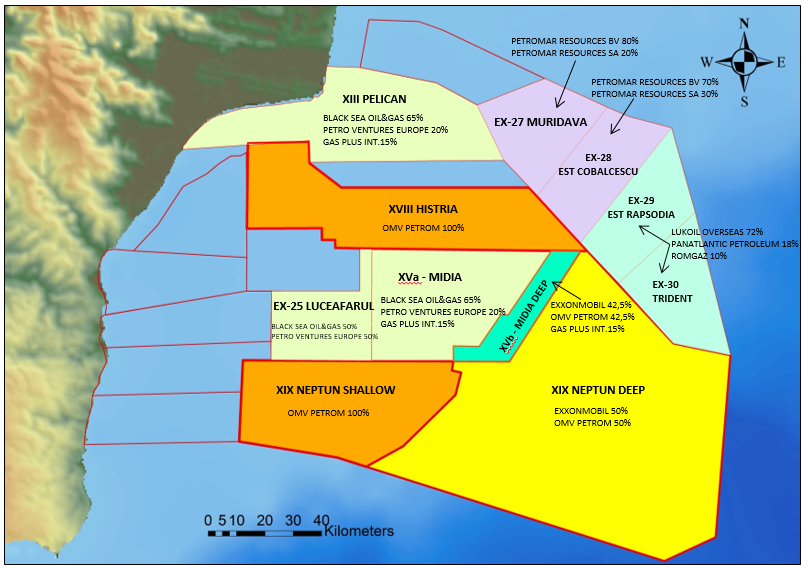