Nauticor, as a part of the Linde group, supplies LNG to maritime customers in northwest Europe, especially the North and Baltic Sea, competing with firms like Skangas and Shell. It is to station a new  7,500 m3 bunkering vessel (see photo below) later this year at Klaipeda, Lithuania. Nauticor’s sister company AGA also operates a mini-LNG terminal in Nynashamn near Stockholm. Both are in the Baltic.

Nauticor CEO Mahinde Abeynaike said: “We are very happy that we have been able to win Destination Gotland, which is a highly professional operator of one of the largest LNG-fuelled ferries in the world, as a customer. Our new LNG bunker vessel will play an important role in developing a tailor made solution for Destination Gotland. Further, we will closely co-operate with our sister company AGA that operates the Linde Group’s LNG terminal in Nynäshamn... This marks an important step in the development of a stable supply of LNG for the shipping industry in North Sea and Baltic Sea."

Destination Gotland CEO Christer Bruzelius added: “We are glad to have found in Nauticor a leading and experienced LNG supplier and partner," adding that its use of LNG would "contribute to the protection of the environment along the Swedish coast.”

A spokesperson for Nauticor later told NGW that its bunker vessel will start operations in 4Q2018, is currently under construction in South Korea, and that its name is not yet public: "It will serve different ports in the Baltic Sea and North Sea area, with Klaipeda playing an important role." Klaipeda hosts Lithuania's floating import terminal, FSRU Independence, and separate truck-loading facility. 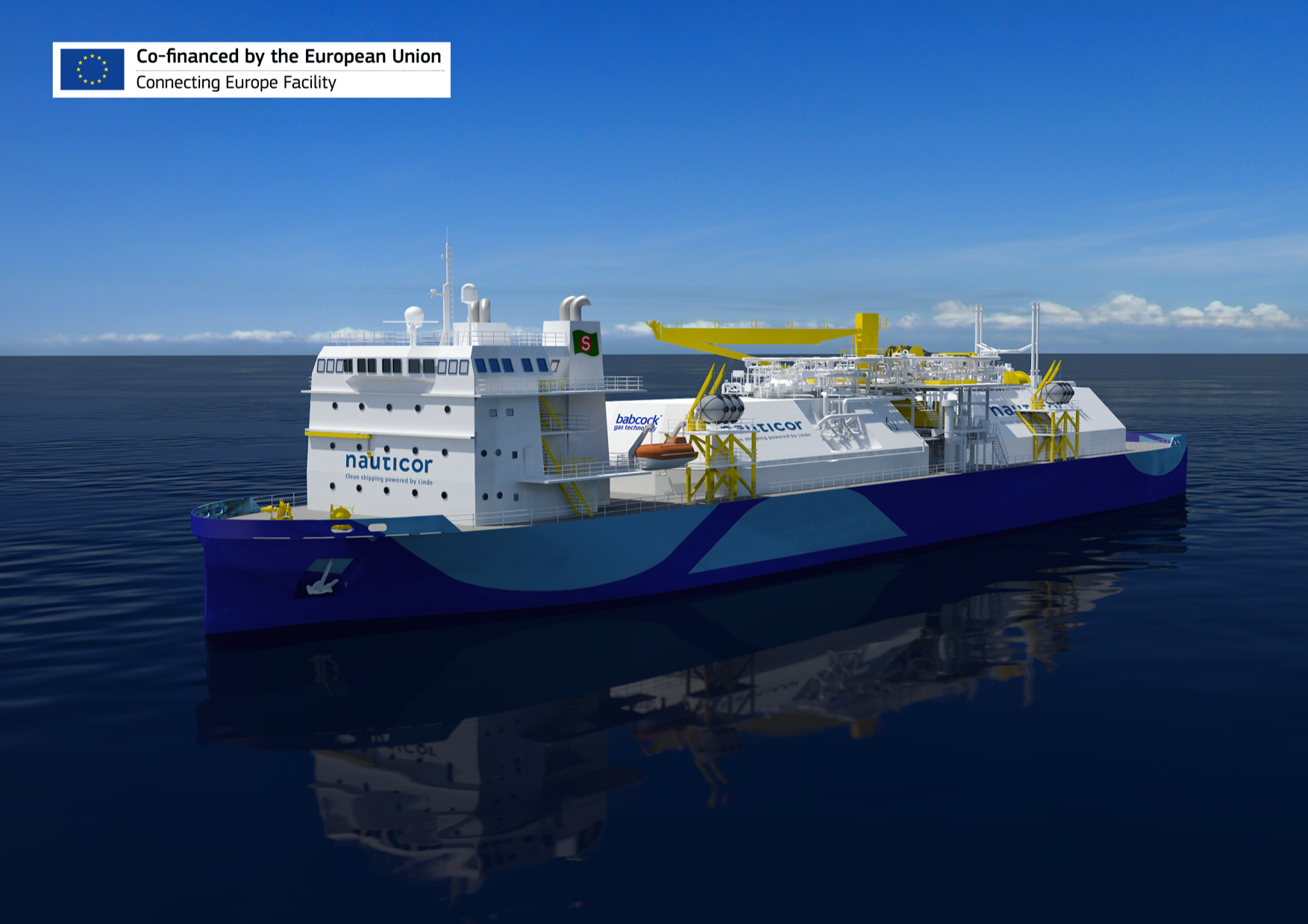 Destination Gotland's RoPax ferry M/S Visborg will be fuelled with LNG by the Nauticor bunker ship (shown above) and is due to enter service this year (Photo credit: Nauticor)