Interest in LNG trucking is rising, supported by the build-out of truck loading and fuelling facilities at regasification terminals in an attempt to broaden the market for LNG in countries which already import it. Despite reservations about the carbon profile of LNG in transport, it appears to be the only short-term means of reducing emissions from trucking and other heavy vehicle applications at scale. 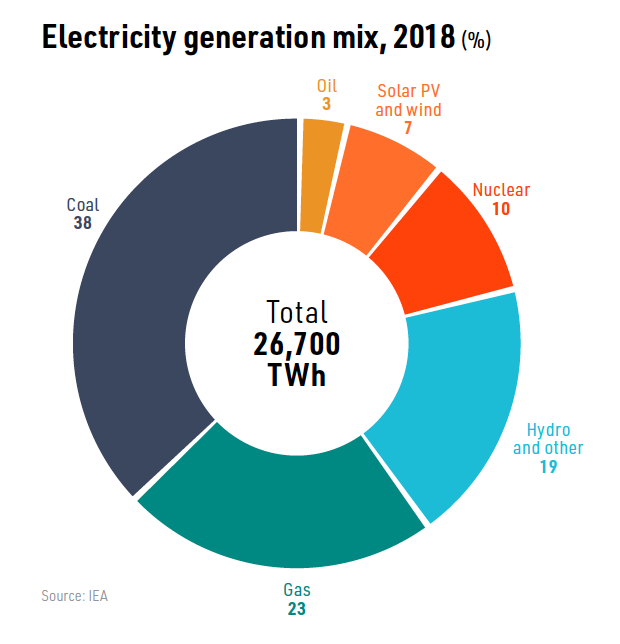 Lithium-ion battery technology has penetrated the passenger car, light commercial vehicle, city bus and municipal vehicle markets, but beyond these two latter segments has not, so far, made any significant inroads into the much higher energy consuming heavy-duty vehicle market. Lithium-ion heavy trucks, despite much fanfare, remain largely at a conceptual stage as developers grapple with the weight, power and range requirements.

Hydrogen-fuelled trucks, however, might prove a simpler means of unlocking the key to deep decarbonisation in the transport sector -- needed post-2030 to meet ever more urgent climate change targets. LNG first as the transition fuel, but, post-2030, hydrogen becomes the low carbon destination. Roadmaps for shipping tell the same story; deep decarbonisation in the sector can only be achieved via the adoption, eventually, of hydrogen-fuelled ships.

As such, hydrogen appears to be a direct competitor to LNG in transport. It is also potentially a threat in other areas, such as heat provision, both for homes and industry, where low carbon solutions appear few and far between. Hydrogen can be dropped directly into the gas system (up to 10-15%), and alongside biogas will gradually eat away at natural gas demand. The end goal, for some, is to replace gas pipeline systems with 100% hydrogen pipelines.

The Chinese government in March adopted some formal goals to develop its hydrogen transportation system, which at present consists of just a handful of fuelling stations. 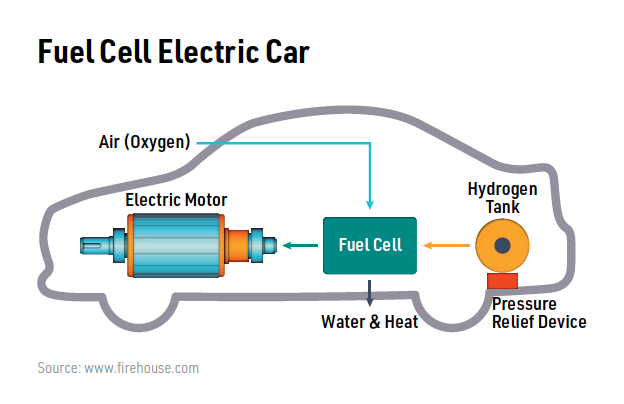 While the country is the world leader in lithium-ion electric vehicles, accounting for more than half passenger electric vehicles (EVs) and electric light-duty commercial vehicles, which numbered about 5.4mn worldwide at the end of 2018, these are almost all based on lithium-ion technology. Sales of hydrogen vehicles, which run hydrogen through a fuel cell to generate an electric current, are, in contrast, negligible – around 11,000 in total worldwide.

However, according to the March announcement, the city of Beijing could have as many as 5,000 hydrogen vehicles on the road by next year, with an ambition to raise the national total to 50,000 by 2024 and 1mn by 2030. This ambition could well be exceeded. National production capacity of 5,000 vehicles has already been reached and China spent an estimated $12.4bn in national and local subsidies in 2018 on fuel cell technology and production, while Chinese companies have been buying up stakes in foreign fuel cell technology firms.

China is not the first country to adopt hydrogen targets – Japanese and South Korean companies have long been leaders in fuel cell research. Japan’s Toyota has consistently backed fuel cell electric vehicles (FCEVs). In the run up to the 2020 Olympics, Tokyo plans 100 hydrogen fuel cell buses in the city and 40,000 FCEVs, with a longer-term goal of 200,000 FCEVs within six years. 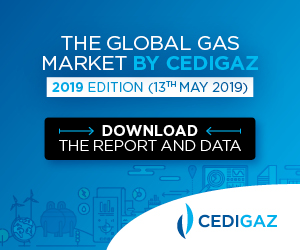 Under president Moon Jae-in, Seoul has set a goal of doubling fuel cell vehicle production this year to 4,000 units, a volume which would rise to 80,000 units by 2022. South Korea has also set targets for industrial power generation from fuel cells of 15 GW by 2040. 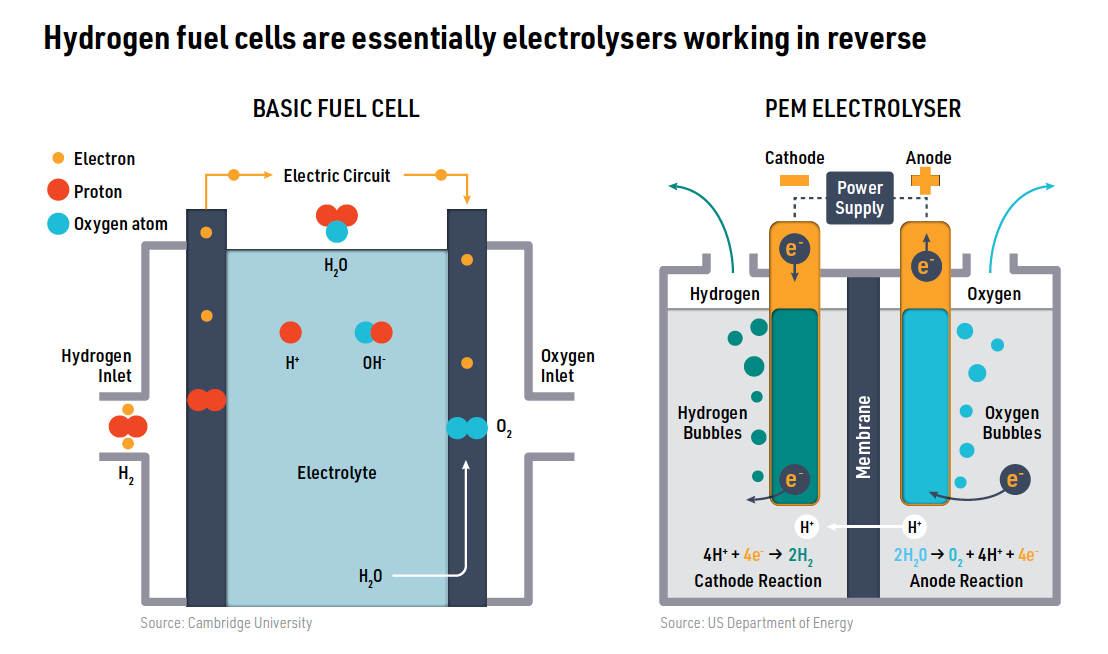 The government aims to increase the number of hydrogen fuelling stations from 15 to 71 this year. A special purpose vehicle has been set up by the ministry of trade, industry and energy to deliver 100 fuelling stations by 2022, when the total number should reach 310.

In Europe, where the number of hydrogen fuelling stations is now around 100 and growing, the EU in January unveiled its Hydrogen Roadmap Europe, which argues that about 2,250 TWh of hydrogen could be generated in Europe by 2050, representing roughly a quarter of the EU’s total energy demand. In the US, California is also a centre of fuel cell research, with a growing network of fuelling stations and cumulative sales of about 5,000 FCEVs.

In each case, hydrogen ambitions are both ‘deep carbonisation’ energy transition options coupled with industrial strategy. The aim is not just to provide the domestic economy with hydrogen to reduce emissions, but to become a leader in fuel cell production for all sorts of applications from heat to transport (road, rail and sea) and industrial power generation. That means gaining early mover advantage.

However, the only way to produce enough hydrogen in the short to medium term will either be to generate more electricity for electrolysis from electricity systems which are far from 100% renewable; or steam reform methane (SMR). As the latter is cheaper, it is the more likely option.

Notably, with the exception of California, those regions and countries chasing the hydrogen economy most aggressively are the world’s largest LNG importers: Japan, China, South Korea and Europe.

Hydrogen is an energy carrier not an energy source and, while abundant, does not occur naturally in a pure form. It cannot be mined or harvested, it must be produced and that requires a feedstock and/or energy source. So, even if fuel cell technology drops in price as production scales up, the question will remain -- how to produce sufficient hydrogen for the hydrogen economy?

In both scenarios, natural gas plays a critical role, supplying more than 10% of hydrogen post-2050 even in the water-electrolysis dominant scenario. The SMR/ATR scenario implies a significant increase in natural gas use via SMR-produced hydrogen, particularly in the transport sector.

In both scenarios, natural gas use rests on one critical factor – the economic success and public acceptance of carbon capture and storage (CCS).

All hydrogen produced from SMR/ATR in either scenario has CCS by 2050, which in itself will be a major factor in reducing SMR’s current cost advantage versus water electrolysis. SMR with CCS allows large single points of efficient capture and no emissions at the point of use, which being smaller and multiple, would make capture prohibitively expensive, if not impractical. Nonetheless, CCS will add a significant cost to SMR-produced hydrogen.

The roadmap deliberately portrays two extreme scenarios to illustrate the challenge and argues that the best pathway is a mix of different sources, but which is more likely?

Globally, the generation mix is still hugely dependent on fossil fuels: coal provided 38% of electricity generation in 2018, natural gas 23% and oil 3%, giving a grand total of 64%.

As a result, it appears likely that in the rush to gain first mover advantage and lay the groundwork for an emergent hydrogen economy at scale post-2030, natural gas demand for SMR will increase in the first instance, which for Japan, South Korea, China and Europe will all likely mean increased LNG consumption.

Gas/LNG demand would rise further, if CCS were widely accepted as a means of carbon abatement and proved to be economically viable. Indeed, it appears to be the only means of decarbonising a growing reliance on natural gas for hydrogen production.

Arguably, given the constraints on renewable energy source growth, the need to make CCS work as a means of natural gas decarbonisation will grow in tandem with the hydrogen economy. This would lock natural gas demand in long-term, following the SMR-ATR scenario much more closely than water-electrolysis.

As a result, the trucks of the future may indeed fill on up on hydrogen rather than LNG, but that would not mean that LNG misses out in terms of demand growth.

The critical factors to watch are developments in the electrolyser sector, as costs here need to come down and scale needs to increase; renewable energy deployment, which needs to expand faster than current rates; and the development of CCS, which to date has experienced more failure than success, but is looking towards new models of development in the 2020-2030 period.

Volume 1, Issue 4 - April 2019 Now Available - Sign Up Free by signing up below and never miss an issue:

> Editorial: Off Message in Shanghai