Russia has set its sights on becoming a top-tier LNG exporter, but the state has created conditions under which only a select few companies are able to develop liquefaction capacity. This remains the case despite a recent move by the government to loosen restrictions on projects.

“It was not liberalisation in the normal sense of this word; it was designed specifically for particular projects and companies," Dmitry Marinchenko at Fitch Ratings tells NGW.

Until 2014, the only producer permitted to export LNG was state-owned Gazprom. The company is the majority shareholder in the 11mn mt/yr Sakhalin-2 LNG plant, Russia's first liquefaction project that was initiated by Anglo-Dutch major Shell with Japanese partners and brought on stream in 2009.

Sakhalin-2 remains Gazprom's only LNG terminal to this day. The company's failure to advance any new projects led the Russian government to allow other players to enter the market. Under a law introduced at the start of 2014, Moscow permitted operators with subsoil licences issued before January 1 2013 to export LNG, provided that their licences provided for the construction of liquefaction facilities.

In reality, this only benefited a select few projects owned by Novatek and Rosneft, which had lobbied aggressively for this so-called liberalisation. Critically, Novatek's licences for the South-Tambeiskoye and Utrenneye gas fields in Russia's far north contained the necessary liquefaction provisions. The fields served as the resource bases for its Yamal LNG and Arctic LNG-2 projects respectively.

Novatek is now the driving Russia’s LNG expansion. In its latest investor presentation on June 1, the company said it aimed to raise its LNG output from 18.6mn mt (nominal) last year to 26mn mt in 2023.

By that date it is hoping to have the first of Arctic LNG-2’s three 6.6mn mt/yr trains on line, while its fourth, 900 mt/yr train at Yamal is due on stream later this year. But the company has exceeded nominal capacity by about a tenth thanks to the sub-zero temperatures in which it operates for much of the time. It is targeting 57-70mn mt/yr production by 2030.

Liberalisation – but not as we know it

Moscow eased the rules further in April this year, enabling projects that received licences with liquefaction provisions after January 1 2013 to export LNG as well. In an earnings call on April 30, Novatek CFO Mark Gyetvay noted that this would clear the path for another of the company's upcoming projects, Obsk LNG.

While the latest changes remove a technical obstacle for some potential LNG developments, they are unlikely to lead to a flurry of new LNG projects and players arriving on the scene. 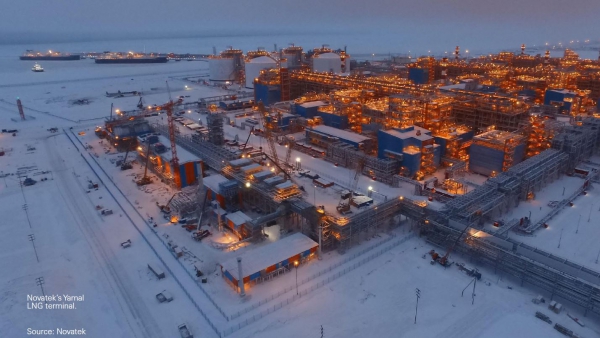 Novatek and Gazprom have between them secured much of the most prospective gas acreage in Russia's Arctic region, the country’s main hub for LNG production. And other players fortunate to have acquired sizeable resources elsewhere will still struggle to advance projects without significant support from the government, such as tax breaks and state loans.

These kind of incentives are typically won on a case-by-case basis through political lobbying, putting smaller, less influential players at a disadvantage. Russia is working to standardise tax relief, but progress has been slow.

"It is impossible to build an LNG project or any big investment in Russia if you don't get endorsement from the state," Marinchenko says.

The odds therefore seem stacked against a $10bn plan unveiled in May by a private Russian investment group to produce LNG in the remote Far Eastern region of Yakutia. A-Property, owned by Russian-Armenian telecoms businessman Albert Avdolyan, aims to erect a 13mn mt/yr LNG terminal on the Sea of Okhotsk, Russia's RBC news agency reported on May 5, citing a company representative.

First gas is expected in 2025. The proposed terminal would receive gas via a 1,300-km pipeline from fields in western Yakutia operated by the Yakutsk Fuel and Energy Co (Yatec), an indebted gas producer bought by A-Property last year. Energy services firm TechnipFMC has been hired for design work, Reuters reported.

The project's $10bn cost covers investments in developing Yatec's gas reserves, the construction of processing facilities, the pipeline and the terminal itself. A-Property did not say how it intended to raise these funds and according to Marinchenko, the $10bn price tag seems "very conservative. Whether it is $15bn or $20bn, this of course makes a big difference in terms of where the project would be placed on the global cost curve," he said.

Yatec had 367bn m3 of gas reserves on its books at the end of 2019, but produced a mere 1.7bn m3 that year. Its resources are clearly underutilised, but whether A-Property’s plan to increase production to over 20bn m3/yr is realistic is another matter.

Yakutia is already confirmed to hold trillions of cubic metres of gas, according to Russian authorities, and is only sparsely explored. But monetising this wealth is a challenge, given the region’s remoteness and limited local demand.

In a truly liberalised market, a more feasible option might be to ship gas from the Yatec fields and other deposits in Yakutia to China using Gazprom’s Power of Siberia pipeline. But Gazprom has exclusive rights to the pipeline's use.

Power of Siberia is flowing gas from Gazprom's Chayandinskoye field, a geologically complex project requiring many more wells than usual to produce the same amount of gas.

"Chayandinskoye is an expensive project in this respect," Marinchenko says. "In theory if you could complement this base with other production sources this might be more cost-efficient."

A recent investigation by Russian news outlet Lenta.ru even claims that Gazprom has overestimated Chayandinskoye’s production capacity and that of a second field it plans to link to Power of Siberia: Kovykta. This means it will struggle to deliver on its $400bn deal signed in 2014 to supply up to 38bn m3/yr of gas to China over 30 years, according to Lenta.ru. Gazprom declined to comment to NGW on whether results at the fields have under-performed.

But the company always had planned a slow ramp-up in deliveries and that might have been for that reason, rather than limited Chinese appetite.

Marinchenko sees the issue of other Yakutian fields lacking access to Power of Siberia as “a good illustration of a bigger problem in Russia. When you have big companies with monopoly positions it gives rise to these inefficiencies,” he says.

As another example of inefficiencies one could cite Gazprom’s pre-investment studies in April and May on the development of the offshore Arctic Shtokman field.

Gazprom had intended to launch production at the 3.8 trillion-m3 field in the Barents Sea in 2015, after more than a decade of preparation, with assistance from France's Total and Norway's Equinor. Its gas was to be exported in the form of LNG. Despite the field having good reservoir quality, though, its harsh operating environment and remote location posed significant challenges. Total and Equinor dropped out and Gazprom said in 2013 that Shtokman would be left for "a future generation." That time is hardly in sight now.

To ensure the upper ranges of these targets are met, Russia might do well to weigh up the benefits of greater liberalisation of its gas market.