The 14mn mt/yr first phase of the LNG Canada project in Kitimat, BC, is now about 70% complete, headed to first cargoes in 2025.

On September 28, NGW toured the site alongside LNG Canada CEO Jason Klein to witness progress on the first two trains. The C$18bn (US$13bn) first phase, consisting of two 7mn mt/yr liquefaction trains, is part of Canada's first LNG export project, carrying an estimated cost of C$40bn, which includes the liquefaction terminal, the C$11.6bn Coastal GasLink pipeline, which will deliver 1.8bn ft3/day of feed gas to the terminal from North Montney shale gas fields in northeastern BC, and estimated development costs for production.

LNG Canada's five joint venture partners - Shell (40%), Malaysia's Petronas (25%), PetroChina (15%), Japan's Mitsubishi (15%) and Korea Gas (5%) - will off take LNG from the terminal in line with their respective equity interests. A similar model will be used should the consortium take a final investment decision on phase 2, also 14mn mt/yr. 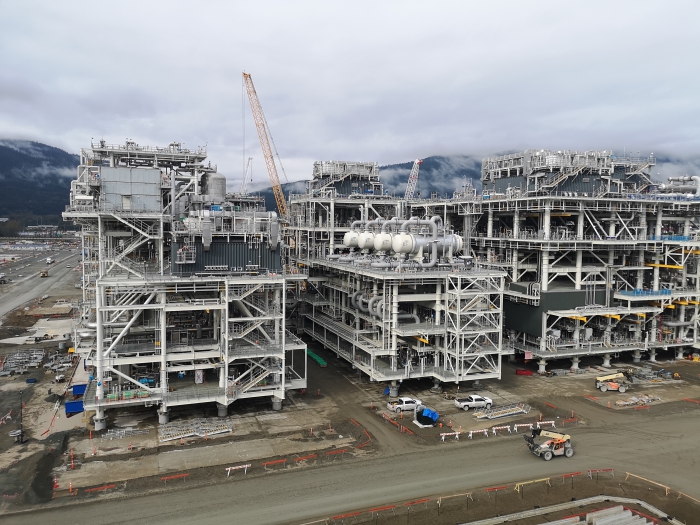 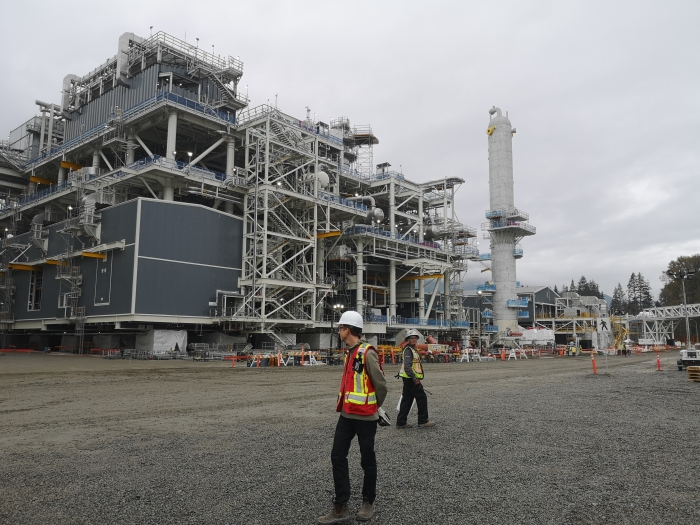 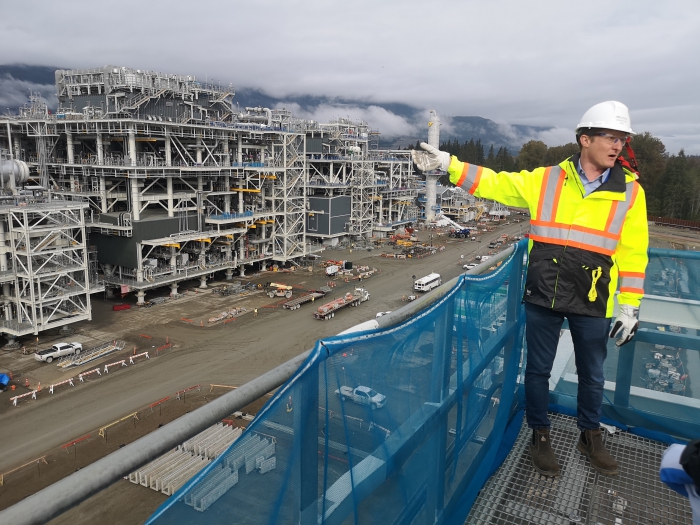 LNG Canada CEO Jason Klein at the top of the gas inlet module, with a view of the first two trains. 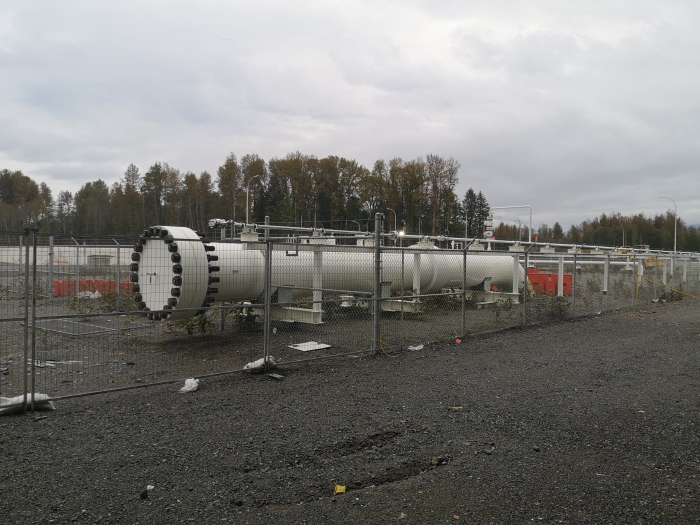 The terminus of the Coastal GasLink pipeline, which will deliver 1.8bn ft3/day of feed gas 670 km from shale gas fields in northeast BC. 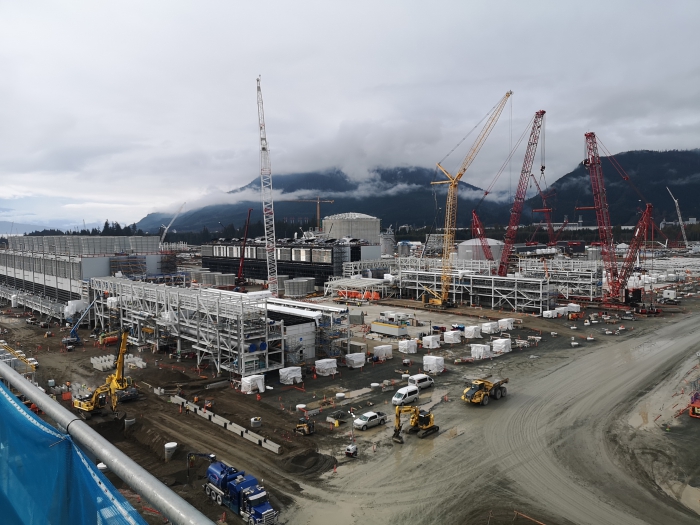 Cooling towers for Trains 1 & 2, with the first LNG storage tank in the background 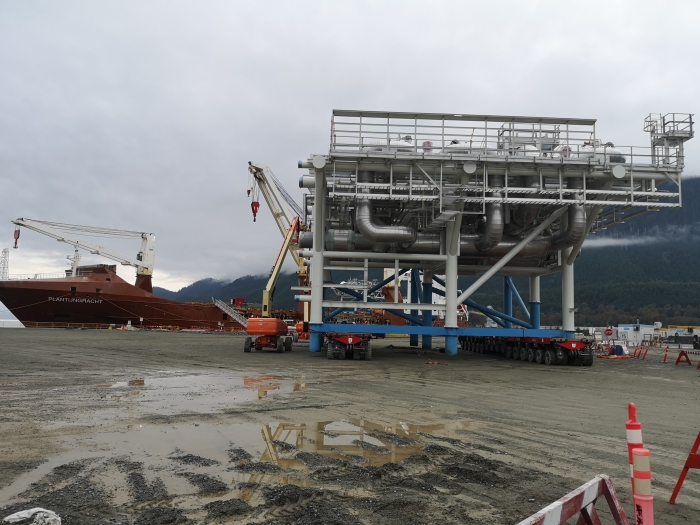 One of several modules intended for installation on top of the 52-metre high LNG storage tank being offloaded at LNG Canada's module offloading facility on the shores of the Douglas Channel. The lift of the modules is expected to begin next week. 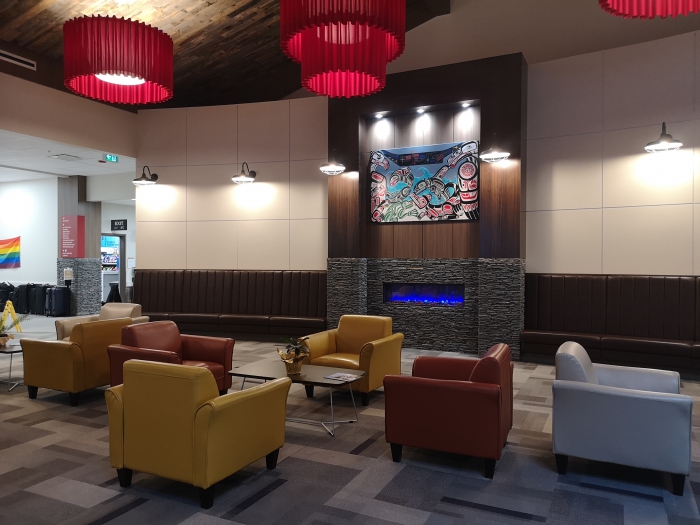 The reception area at Cedar Valley Lodge, on-site accommodations for as many as 4,500 workers on the LNG Canada project in Kitimat, BC. 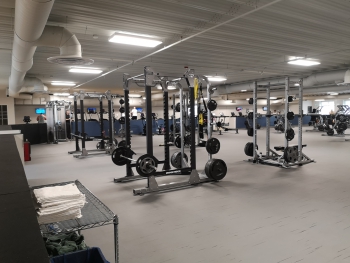 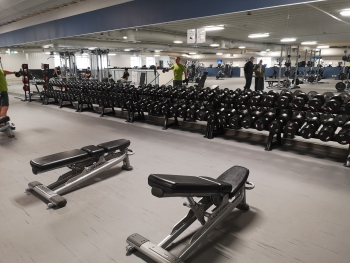 The well-appointed Cedar Valley Lodge offers a full range of amenities, including gym facilities, various television, video game and table game lounges, along with a golf simulator, miniature golf course, a number of restaurants and a full-service pub.