The Ivory Coast has launched its largest gas-fired power plant to date, which will account for 8% of the country's generation capacity, General Electric (GE) announced on June 30.

The 180-MW Azito Phase IV power plant in the Yopougon district of Abidjan is operated by Azito Energie, while GE provided its gas turbine and other power generation equipment as well as analytics and controls software. The US supplier also has a deal to service the facility for 20 years.

“Because of its relevance in providing energy to the people of Ivory Coast, the commissioning of the Azito Phase IV power plant is another milestone in ensuring energy efficiency for generations to come,” Azito Energie said in a statement. “The growth of gas power generation plays a critical role in facilitating Ivory Coast’s decarbonisation and energy targets by delivering accessible, affordable and reliable energy across the country."

The station can produce enough electricity to power more than 300,000 Ivorian homes, GE said. Natural gas already provides the majority of the Ivory Coast's power, although it also relies on hydropower, solar panels and a small amount of biofuels.

Electricity generation by source in the Ivory Coast 1990-2020 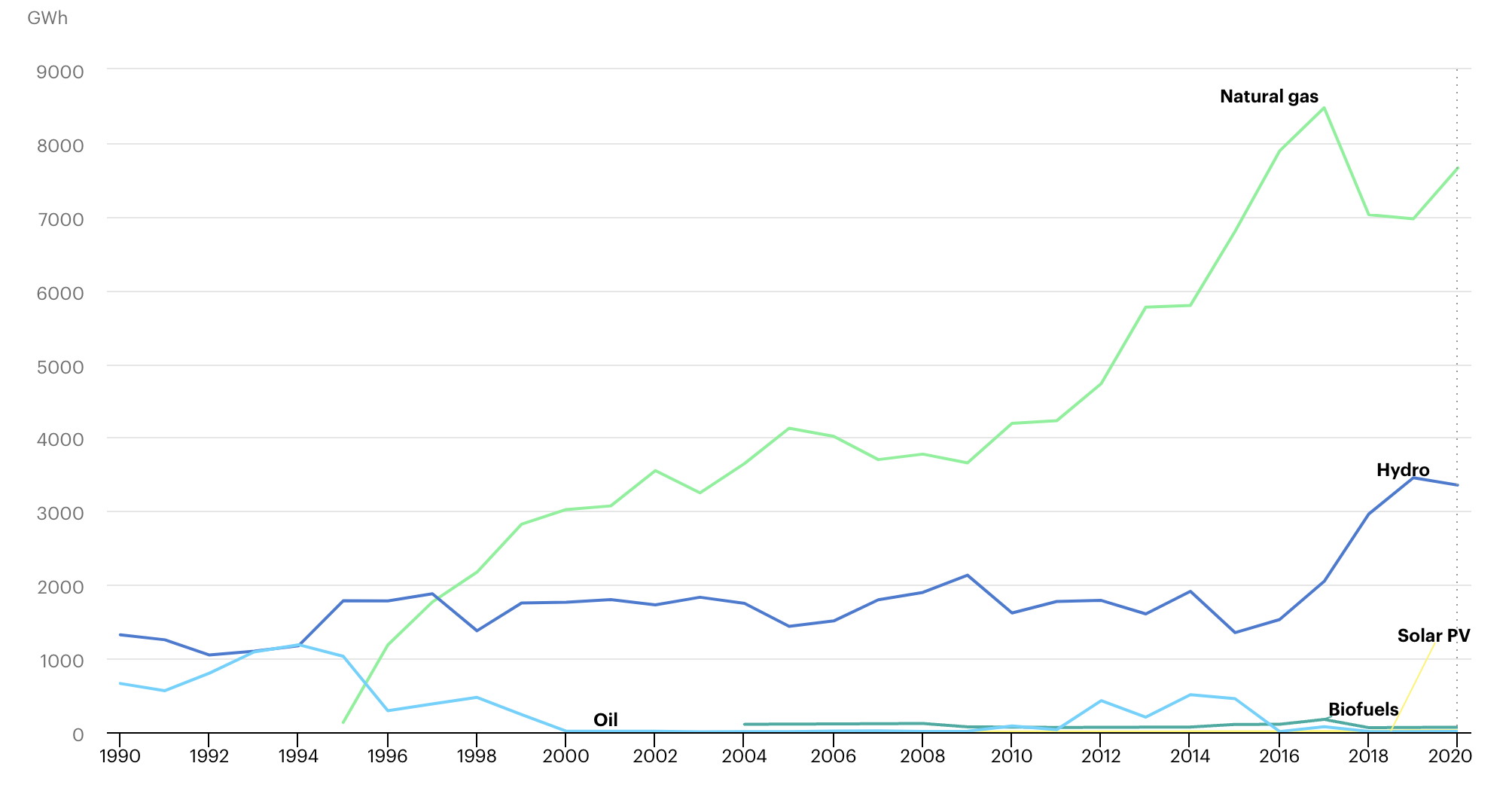