After the "win-win" agreement between Turkey and Israel, energy relations may take time to bear fruit, Nusret Comert, the chairman of Damnus Energy, told NGE. Comert, who has over 30 years of experience in the global gas industry, is an expert on relations in the eastern Mediterranean. He talked about the recent rapprochement between Israel and Turkey, as well as between Russia and Turkey.

“Israel gas may ship to Turkey in three years time, but steps need to be taken by private sector companies in both Israel and Turkey,” Comert said, who headed Shell Turkey over ten years. “The agreement between two countries will form the basis for expanding energy relations between the two countries. However, politicians will not waste more time with talking, which may postpone investment decisions as well as blurring the political environment,” Comert said.

He believes the pipeline could feasibly be constructed within three years, especially given the short distance from Turkey to the Israeli reservoirs. Damnus, his own company, has had talks with Israeli and Turkish investors for investing in the offshore pipeline.

Last month, Israeli oil and gas companies reached an agreement with the Israeli government on an amended stability clause of the Natural Gas Policy Framework. The original stability clause, which was struck down by Israel’s Supreme Court in March, aimed at protecting the partners from regulatory changes for ten years. The amended version allows for future governments to consider regulatory changes; however, these changes would commit the government to favourably consider a compensation mechanism for the benefit of the oil and gas partners. 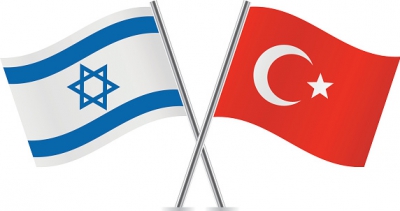 Comert said that restoring economic relations between Russia and Turkey may take time, after Turkey's president, Recep Tayyip Erdogan, expressed regrets to his Russian counterpart Vladimir Putin for the death of the Russian pilot whose plane was shot down over Turkish airspace last November. Two leaders held phone call on June 30, as part of the political rapprochement.

Also, Turkish foreign minister Mevlut Cavusoglu and Russian foreign minister Sergei Lavrov talked in Sochi, Russia during the Black Sea Economic Summit. Both ministers said that the relations in energy would strengthen from now on.

“Russia will be cautious, and try to restore energy relations gradually. The shelved pipeline project, Turk Stream, can be discussed between the two countries. But it will take a long time before that front bears fruit,” Comert told NGE.