Is There a Hydrogen Future for Nord Stream Two?

The discussion included, among other themes, possible ways to enhance the level of energy cooperation between the two countries (Russland2021.ru, February 16). Interestingly, one of the key topics in that regard was the potential for a German-Russian partnership in the nascent hydrogen economy, including future supplies of this energy source from Russia. As media reports later highlighted, the speakers suggested that the Nord Stream Two natural gas pipeline, if completed, could one day also be used to transport “green hydrogen”—i.e. produced through electrolysis using renewable energy sources (Reportër, February 17). 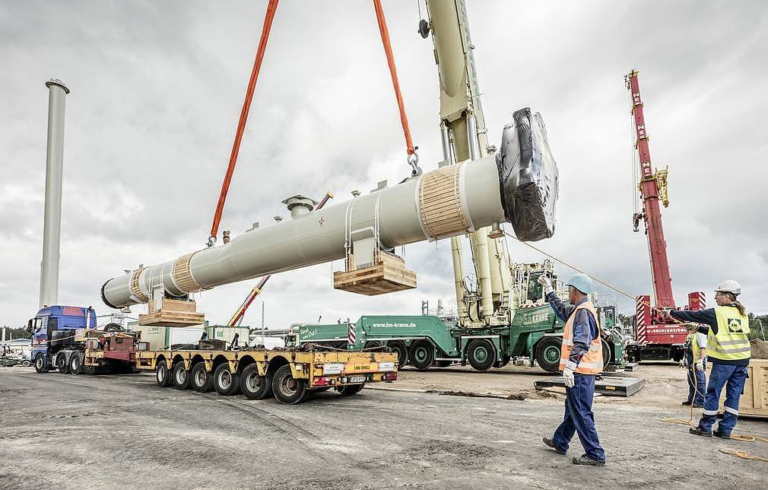 The first public remarks about Nord Stream Two’s potential for transiting a natural gas–hydrogen mixture appeared as early as 2018 (Twitter.com/energymix, April 19, 2018). Since then, the issue has been addressed several times by various stakeholders, who have argued that the pipeline could carry as much as 70–80 percent hydrogen within the transported gaseous blend (Gastopowerjournal.com, April 17, 2020). The technical capability of the subsea infrastructure itself, however, is not enough to secure a hydrogen future for Nord Stream Two. Many varying and tricky questions remain unanswered. For example, how and where would the hydrogen be produced (that is, in Russia or at the destination, in Germany)? Will the economic feasibility be secured by taking into account various aspects, including technical losses, while storing and transmitting the fuel? Is German onshore infrastructure capable of accommodating hypothetical large-scale hydrogen pipeline imports?

Nevertheless, a few scenarios are already being discussed by both sides about the longer-term prospects of facilitating hydrogen cooperation between Russia and Germany via the as-yet-unfinished (and sanctions-threatened—see EDM, December 14, 2020 and February 1, 2021) Nord Stream Two. First, as Gazprom revealed at the end of 2020, the company could be interested in building a methane-to-hydrogen conversion plant next to the Nord Stream One and Two pipeline landing points in Greifswald, Germany (Rohstoff-forum.org, December 1, 2020). In such a case, natural gas (of which methane makes up the principal part) transported by the pipeline would then be converted into hydrogen using Gazprom’s methane pyrolysis technology, which Russia patented back in 2008 (Onlinelibrary.wiley.com, August 12, 2020). According to Gazprom’s presentation, such a scenario has been at least initially analyzed, so the Russian gas producer was able to provide initial estimates about the hypothetical carbon footprint level of the project. However, the vision remains quite distant, as Gazprom’s methane pyrolysis technology has not been scaled up yet to the commercial level. In 2020, the company produced around 360,000 tons of hydrogen, while methane pyrolysis accounted for only 10,000 tons.

Second, the Russian side also signaled that it could still supply natural gas to Germany via the subsea pipelines. So the gas could instead be converted into hydrogen using existing steam-methane reforming technology; and ultimately, one of the Nord Stream One or Nord Stream Two strings (out of a total of four) could be used to send accompanying carbon dioxide production back to Russia (Rohstoff-forum.org, December 1, 2020). As one Gazprom official publicly admitted, the idea still has to be properly studied. But even if, theoretically, these undersea gas pipelines would be suitable to carry carbon dioxide volumes, another question remains: how would such large volumes of eastward-bound carbon dioxide be stored or utilized in Russia?

Third, both the Russians and Germans ponder whether, in a long-term perspective, “green hydrogen” could be produced inside the Russian Federation (taking advantage of its vast land potential for acreage-heavy renewable power sources like windmill farms and solar panel fields) and sent to Germany using undersea pipelines (Russland2021.ru, February 16). Such an idea would also be consistent with the European Hydrogen Backbone vision, presented by the European gas systems operators in July 2020. At that point, the Nord Stream infrastructure was identified as a “possible additional route” for hydrogen imports (Gasforclimate2050.eu, July 17, 2020). First, however, Russia still has to develop its own renewal energy potential and then scale it up so that its “green hydrogen” production through electrolysis can prove economically competitive.

As shown above, all of the currently analyzed scenarios are theoretically possible, but their materialization is still a long way off. This, however, does not alter the fact that the “hydrogen card” might be played by Nord Stream Two’s backers and lobbyists even now, in order to win additional support for the controversial pipeline project. Taking into account the European Union’s efforts to achieve carbon neutrality, the vision of future Russian hydrogen supplies could certainly attract some of European decision-makers.

Originally published by The Jamestown Foundation.

US offers more funding to clean up the transportation sector