Iran’s gas deliveries to power plants have hit a historic record during the last few days, standing at 248mn m³/d, but without registering any year-on-year rise. The total potential demand is 270mn m³/d, but Iran cannot meet this fully so it uses liquid fuel to make up the balance.

However, according to the latest statistics of Iran’s energy ministry’s weekly report, the country’s power plants consumed on average 179.6mn m³/d from the start of the year (March 21) to July 9 – just 0.1% growth on the year. And in the first quarter, Iran’s gas deliveries to power plants were below last year’s level.

The head of the dispatching unit of National Iranian Gas Company, Abdolreze Ebrahimian told Shana July 18 that gas supply to power plants reached 248mn m³/d and this volume could reach 255 or 260mn m³/d in the coming days.

The country’s power sector also consumed above 1.1bn litres of liquid fuels during March 21 to July 9, about 40% less than the same period in last year. In total, the power plants’ fuel demand fell by 3.9% year on year. 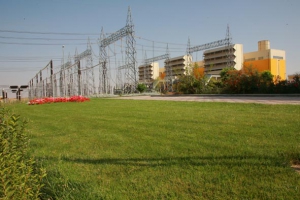 In 2013 Iran’s net electricity export was above 8 TWh, but it dramatically declined during the last two years owing to greater demand at home, while generating capacity did not grow as expected: it rose by under 1% last year, compared with the planned 5%. Iran produced 282 TWh of electricity last fiscal year.