Iranian and Russian entities signed six memoranda of understanding (MoUs) during the visit by the president of the Russian Federation, Vladimir Putin, to Tehran November 1.

Rosneft itself announced on its website that it signed the “road map and key terms of strategic co-operation in the field of oil and gas” with Iran. Its CEO Igor Sechin also told journalists in Tehran that the total value of the projects could reach $30bn, aimed to produce 55mn metric tons/yr of oil equivalent. “Legally-binding documents may be signed in a year," he said.

Rosneft said that this document confirms the parties' high level of interest in developing long-term and mutually beneficial co-operation in key areas of business, including exploration and production, oilfield services and training.

Zamaninia did not mention the details of the sealed MoUs with Gazprom, but Novak said that Gazprom plans to produce gas in Iran and build a 1,200-km undersea pipeline from Persian Gulf to India to deliver gas. 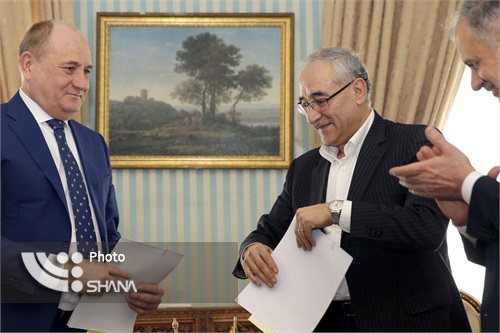 Gazprom has already signed an MoU with Iran to study the Kish gas field with reserves of 1.6 trillion m³, making it the largest after South Pars. Anglo-Dutch major Shell submitted the result of its survey of Kish to NIOC September 12. Iran plans to produce 10bn m³/yr gas from the first phase, having started development in the mid-2000s. But according to an official document, prepared by the oil ministry and seen by NGW, after spending $660mn of the budgeted $2.2bn, Iran has achieved very little progress.

Russian Lukoil also signed a MoU with Iran to explore its blocks in Caspian sea, while Russian geological holding company, Rosgeo, announced October 25 that it is hoping for $1.5bn of upstream projects in Iran’s oil and gas sector.