Iran’s newly designed oil and gas contract model, known as Iran Petroleum Contract (IPC), has been endorsed by the government with 150 amendments, First Vice-President Es’haq Jahangiri said August 8. “I endorsed the new contract [model] yesterday and it was circulated today,” he said.

Iran has defined $185bn worth projects for next five years and hopes to fund a part of these projects based on IPC, Deputy Oil Minister for International Affairs and Trading Amir Hossein Zamaninia told NGE August 8.

Iranian projects have advantages compared to other countries, he said, including the high return of investment, which sometimes stands at up to 25%.

Jahangiri said that the new contract is not supposed to go to the parliament in the form of a bill.

Iran unveiled the broad outlines of the IPC in November 2015, offering 49 oil and gas projects to foreigners. Since then, some hardliners criticised the government for “abusing the national interests by sharing the produced resources with foreigners”, saying they allocate a portion of produced oil to the foreign partner.

IPC was approved on July 12 after some amendments by Iran’s Resistance Economy Headquarters to replace the old, less popular buyback agreements to attract foreign companies.

Zamaninia said earlier that it is expected the first agreement with a foreign company to develop an upstream oil and gas project, based on IPC, will be signed in three to four months. 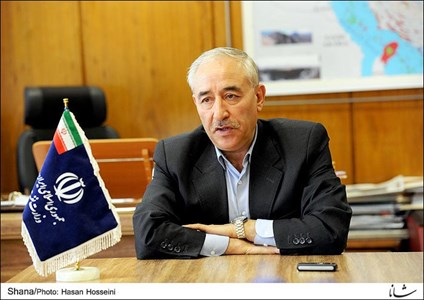 In IPC, Iran has kept its sovereignty over its hydrocarbon reserves, but payment of all direct and indirect expenses, as well as finance and operation costs will be dependent on allocating a portion, up to a maximum of 50% of products or proceeds based on current day sale prices.

It's unclear how much foreign firms will invest in fields based on IPC. However Iran hopes to attract $30bn in coming years. In total, Iran hopes for $231bn of upstream investment – including domestic but mainly foreign – by March 2025. It’s hoped that foreign expertise will boost the country's low production yields.

According to Jahangiri, the new contract has 15 articles and meets viewpoints of all those who had been concerned about the oil industry’s future.

Referring to hurdles put by some regional states in the way of approving the new model of contracts, he said: “Some countries which have fields associated with us and do not like to see our capacities increased in these fields [their agents] are trying both inside and outside the country to hinder us from signing such contracts, but the oil contracts will be concluded in the near future.”

Iran's Supreme Leader Ayatollah Ali Khamenei said in July that no new oil and gas contracts for international companies will be awarded without necessary reforms.