Is the energy transition a threat to the continuity of independent oil and gas producers? This is not the way Neptune Energy views it. On the contrary, say Pierre Girard and Lex de Groot of Neptune in an interview with Gas Transitions, “we believe the transition presents new opportunities to leverage our strengths and assets and extend their life.” Neptune is preparing to go into CCS in a big way and is experimenting with offshore production of hydrogen made from offshore wind power. “It does require a new way of working. We have to look outside much more than we used to.” 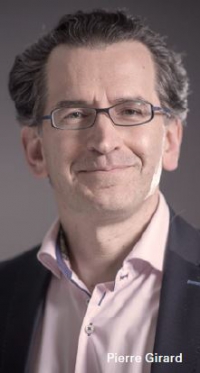 In December, Neptune Energy, an independent UK-based E&P company with operations across the North Sea, North Africa and Asia Pacific, announced plans to develop a large-scale carbon capture and storage (CCS) project in the Dutch part of the North Sea. The company will assess the feasibility of injecting between 5 and 8 million tonnes of CO2 annually into depleted gas fields around its L10 blocks, which would amount to more than 50% of the annual CO2 reduction the Dutch industrial sector is committed to. If the area is developed, it will store some 120 to 150 million tonnes of CO2.

And there is reason to believe the project will happen. As Lex de Groot, managing director of Neptune Energy in the Netherlands, explains, the company is no novice to CCS. “We have already been experimenting with the re-injection of CO2 for almost 15 years. From 2004 to 2018 we participated in a CCS project called CRUST, together with consultancy TNO, for which we built a special CO2-compressor. So we were able to measure how re-injection affected our wells and reservoirs over an extended period of time.” 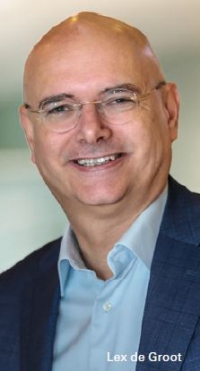 The results, says De Groot, were very satisfactory. “Both wells and reservoirs were capable of dealing with the CO2. There was no deterioration of materials and no leakage. This was just a pilot of course, but it does give us some confidence that it can be replicated on a large scale.”

Neptune Energy is now in talks with some of the large Dutch industrial emitters to join the project. These are “the usual suspects”, says De Groot – those that are not part of the Porthos initiative, the most advanced and largest CCS project currently being undertaken in the Netherlands, which is on schedule for an FID in 2022. Porthos is actually smaller: it is aiming to store 2.5 million tons of CO2 annually over 15 years, amounting to 37 million tonnes in total.

CCS is one of the major opportunities that Neptune sees emerging from the energy transition, says Pierre Girard, who was appointed last year as Director New Energies, a newly created role within the company. “Many of our assets are well placed for this purpose,” he notes. “We are over 70% gas-based. We have the know-how in offshore operations, the pipelines and other infrastructure, as well as the storage reservoirs.”

He points out that Neptune is the biggest player in the Dutch North Sea. “The L10 blocks were the first gas fields to be developed in the Dutch North Sea in 1975. They are still producing, but there are fields underneath and around that are depleted that we can use. So in this way we are actually able to repurpose and extend the life of some of our facilities.” 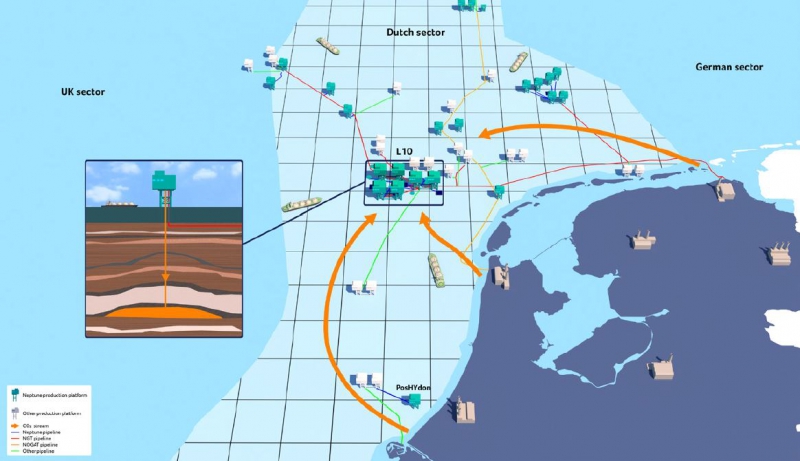 According to Girard, who worked in the oil and gas industry for over 30 years, including at Elf, Chevron and Engie, CCS will be an essential tool to reach the climate targets in time. “All scenarios show we will need gas for many decades. CCS will be necessary to ensure that our energy-intensive industries will be able to continue operating in a low-carbon environment.”

But how can CCS be profitable, since it’s only an additional cost rather than a source of income? “The economics of CCS are obviously driven by CO2 prices and taxes,” says Girard. “Several countries, such as the Netherlands and Norway, are giving out strong signals about new CO2 taxes on industry. Industrial emitters have to act on those.”

For this reason, Girard feels that after a very slow start, a tipping point has been reached for CCS. “In the last year or so, many new CCS projects have been announced around industrial areas, the kinds of industries that historically have been using gas. There are clusters being formed around industrial hubs that are looking for transport and storage solutions. We have a lot to offer here.”

Another opportunity that Neptune sees emerging is the offshore production of green hydrogen from offshore wind. The company last year embarked on what it calls “the world’s first offshore green hydrogen plant”. The pilot, conducted with TNO and 7 other partners, aims to produce hydrogen from seawater on Neptune’s Q13a- platform in the Dutch North Sea.

Producing hydrogen on offshore oil and gas platforms has great advantages, says Girard. “There are wind farms close to our facilities. And we have pipelines straight into the gas network. I can see a future where you generate green hydrogen offshore, blend it with natural gas and transport it to the market. Further in the future, pure hydrogen may be transported.”

The alternative, to transport the energy in the form of electrons, requires a major expansion of the electricity networks and is much less efficient, especially when windfarms are positioned further from the coast, says Girard. To produce the hydrogen in Africa and transport it to Europe, as some are planning to do, also has a lot of drawbacks to it, he adds. “I believe green hydrogen generated offshore if it is done by re-using existing facilities and pipelines has something competitive to offer. With its shallow waters and its fine maze of infrastructure the southern North Sea is a strong card to play.”

Nevertheless, for all the opportunities the energy transition may offer, Girard and De Groot are aware that it will require a new way of working for E&P companies.

“We have to look outside much more than in the past,” says De Groot. “We are now talking about cooperation with major emitters that we had little contact with in the past. New value chains need to be created involving many different players. What is very important for us are the strategic roadmaps coming from policymakers. What is expected from us? How will regulations and taxes evolve? What will the hydrogen economy look like?”

“We cannot do it alone,” affirms Girard. “This is in fact one of my major tasks as Director New Energies. To look at policies and regulations, and to ensure that our new activities are coordinated across our portfolio, so we can prioritize the best investments in the countries where we operate.” It is a big challenge, he admits. “But I like a challenge. We just have to make the most of it.”

Neptune Energy was founded in 2015 by Sam Laidlaw, the former CEO of Centrica, the British gas and electricity company. It has revenues of some $2.2 billion (2019) and produces some 144,000 barrels of oil equivalent (boe) per day, over 70% of which is natural gas. The company operates in 8 countries: the UK, Netherlands, Norway, Germany, Algeria, Egypt, Indonesia and Australia. It has an internal CO2 emission target of 6 kg CO2/boe, “which we have more or less achieved already,” says Pierre Girard. “This is at the top of the benchmark. The industry average is 18 kg CO2/boe.”