This year will see a number of state elections in Germany, as well as the federal election in September. There is likely to be a fair bit of competition between the parties for the “sustainable energy” wreath. 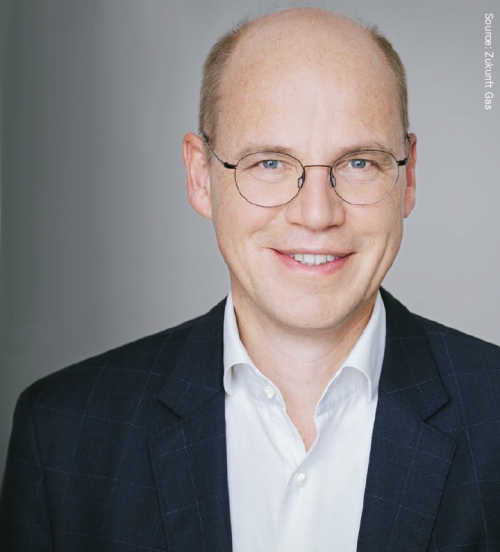 The leadership of Angela Merkel’s CDU party is to be decided just after NGW goes to press; a left-of-centre leader is a possibility. There will also be six regional elections along the way that will affect the political landscape. The September elections are an open field, but a key one is for Baden-Wurttemburg. Now governed by a Green-led coalition, its re-election could signal the outcome in the Bundestag.

With politics and energy closely linked, the gas industry has to explain to voters exactly what the alternatives are to gas, and their cost. “We must open the eyes of the German public,” the head of the national industry group Zukunft Gas Timm Kehler told NGW in a mid-January interview.

Zukunft Gas – formerly Zukunft Erdgas, it was rebranded this year to include all gases, not just methane – believes that pragmatism and trust in markets have deserted Germany.

Kehler expects the job ahead to become a little easier, if for the wrong reasons, in the aftermath of the Covid-19 pandemic. Government financial support for small and medium enterprises (SMEs), which make up a little over half the national economy, will stop in a few months. This will mean bankruptcies. There will not be much patience for expensive alternatives where energy is concerned, he says.

“The carbon levies have fallen very hard on the SMEs, adding between 30% and 50% to their gas costs,” he said. These companies are the backbone of the economy, specialising in areas such as high-end engineering and optics, but this tax has hit their ability to compete on global markets. “The discussion around climate change will not go away. But the affordability aspect of gas will become more important. Before Covid-19, Germany was a land of milk and honey, but now people worry more,” he said.

German consumers pay the highest for their electricity while the country’s carbon footprint is at the higher end of the scale. Coal and lignite are the mainstays of the power sector and are to be phased out but not for another 18 years and at the cost of billions.

Kehler compared Germany unfavourably with the UK, which introduced a carbon floor price some years ago and announced the closure of coal – already on the way out – by 2025.

Nuclear power is also being phased out in Germany, in a shorter timeframe and these twin events both create opportunities for gas as a fuel for dispatchable generation. However at the moment and despite the looming supply-demand gap, there are no investment models to attract anything other than inefficient reciprocating gas engines. “Where will we find investors for the marginal capacity? In the next ten years we will need 20-45 GW of new capacity,” he said.

As Norwegian and Dutch gas production slides for one reason or another, the rush to complete the Russian Nord Stream 2 line is on. The country has found a novel approach to ringfence it from US attempts to sanction it, with a plan to incorporate the entire German end of the line within a state-owned enterprise centred on the state of Mecklenburg-Vorpommern: it is home to Greifswald, where the second pipeline will also land.

Kehler is also optimistic that US president-elect Joe Biden will leave the project alone for now. “He is a multi-lateralist, he will want the US to rejoin the Paris Climate Agreement and work with European partners. For him it is a matter of priorities: he will watch the debate carefully and pick his fights. Nord Stream 2 will not be top of his list.”

Kehler believes that the US weakened its own position against the pipeline when the previous ambassador, a former Fox News presenter Richard Grenell, told Germany how it should procure its gas. Two years ago this month, Germany's foreign minister Heiko Maas asked him to stay out of an economic project that would ensure energy security in Europe.

US interference in domestic policy antagonised Merkel and the nation at large, which could further discourage Biden from broaching the matter again, Kehler said.

Electrons are given a free pass in transport, which has motivated volume car makers to put all their research into electric vehicles. The calculation of carbon emissions from cars looks at the tailpipe, not the fuel chain behind the charger, where coal and lignite play a large role keeping the lights on.

Electric vehicles are, under the European Union’s categorisation system, zero carbon. “Every battery electric vehicle saves the manufacturer €15-20k in penalties based on their current emissions levels, while there are no incentives to develop natural gas vehicles (NGVs), so the benefits of climate-neutral biomethane are lost,” he said.

Further mind-boggling schemes include overhead cables for lorries so they may run on electricity as well. “You might as well use rail, if you are going to deprive lorries of their logistical advantage, namely their flexibility,” Kehler said.

There are still financial incentives to own an NGV in Germany – Kehler is president of NGV Association Europe – in the form of lower tolls and fuel taxes but those for electric vehicles run into the thousands of euros in direct subsidies as well as tax reductions for corporate fleets.

Germany has spent tens of billions of euros annually on renewable energy support but the money has been wasted, unless one includes the benefits received by the propertied classes.

On the other hand, the second pillar of the energy sector, gas, is having to justify its existence on the grounds its infrastructure is at least able to carry hydrogen.

Kehler said German consumers have stopped questioning the morality of the energy transition: unlike the UK, he said, fuel poverty is not on the agenda and the climate is paramount.

German consumers, according to ZG, last year paid €30.9 ($37.6)bn as a result of the renewable energy levy (EEG), while lower revenues resulting from the Covid-19 pandemic also created a record deficit of over €6bn, which taxpayers' money must cover.

The cost of the levy as well as the increasing costs for the expansion of the electricity grid mean that Germany has the highest consumer electricity prices in the world at an average of €0.31/kWh.

The EEG came into force 20 years ago and was intended to launch renewable energy until it could pay its own way, but Germans are still paying increasing sums of money for subsidies that are disproportionate to the CO2 savings actually achieved. The money raised can contribute significantly more to climate protection than is the case today. Germany leads the way when it comes to electricity prices but is at the bottom of the table for CO2 emissions from electricity, says ZG.

The money could have bought emissions certificates for 1.24bn mt of CO2 but Germany saved just 80mn mt of CO2 last year.

The government imposed a carbon tax on consumers with effect from the start of the year, raising their heating costs. However as there are already many other taxes and costs built into the bill, this additional levy will mean a smaller percentage increase in the bill than the size of the tax.

With existing technology, CO2 emissions may be reduced more cheaply and quickly. Natural gas and its infrastructure are already rightly the second pillar of the energy system. In the future, the Europe-wide gas network will serve as a 'hydrogen backbone' to make better use of the European potential of sun and wind, for example from southern Europe, Kehler said.

Effective lobbying in Brussels and Berlin has pushed hydrogen up the agenda, and therefore many of ZG’s members are working with hydrogen of different hues: green (by electrolysis, from water with green energy); blue (extracted from natural gas, with carbon capture and storage, or CCS) and a mix of the two: turquoise where the carbon is separated from hydrogen by combustion, or pyrolysis.

Pyrolysis is about a ninth of the cost of making green hydrogen, Kehler says, and the result is carbon that may be more cheaply stored, or better still, used, to offset costs further. A lot of research is being done into this. “We need to open up these routes to market,” he said.

He said the Norwegians had the right idea with the Longship CCS project offshore, as the country was promoting itself as carbon neutral. “These ideas are not reflected here, but these technologies can become quite cheap. It would be viable to store carbon if the price were €50/metric ton. And that is the price that consumers will be asked to pay: it will be €55/mt by 2025 under the new law.