All over the world, private oil companies and state oil producers are investigating how hydrogen can help them adapt to the low-carbon energy system of the future. The same goes for the large energy consumers, such as Europe and Japan. How realistic are these hydrogen hopes? “There just aren’t that many alternatives,” notes Frank Wouters, Global Lead for Low-Carbon Hydrogen at engineering firm Worley, in an interview with Gas Transitions. Wouters reveals that Worley is involved in many hydrogen projects around the world, including what may be the biggest of all, in Saudi Arabia. 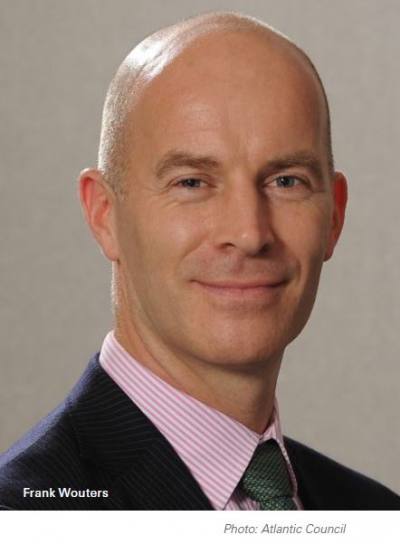 Frank Wouters is in a unique position to see how the oil and gas industry is exploring hydrogen on a massive scale. Based in Abu Dhabi, Wouters is the Global Lead for Low Carbon Hydrogen at Worley, one of the largest international engineering firms serving the energy, chemicals and resources sectors. But he has a public role as well. Wouters is also Director of the EU-GCC Clean Energy Technology Network, an organisation sponsored by the European Commission that tries to find ways to extend cooperation between the oil states of the Middle East and the EU in energy areas beyond fossil fuels.

For Wouters, being active in business and the public sector is not new. He has worked for almost 30 years in private sector renewable energy projects, ranging from small-scale PV solar electrification in Uganda, to a large Concentrated Solar Plant in the UAE and the world’s largest offshore wind project, the London Array. At the same time, he was, for two years, Deputy Director-General of IRENA (International Renewable Energy Agency), the first global intergovernmental organisation fully dedicated to the promotion of renewable energy.

In both his private and public sector roles, Wouters witnesses the enormous attraction that hydrogen presents to the conventional oil industry every day. Worley, the Australian engineering behemoth, active in the largest energy projects throughout the world, is also involved in many of the new hydrogen projects emerging in Europe, Australia and elsewhere across world.

“For example, in Europe we are involved in the Porthos blue hydrogen project in Rotterdam,” says Wouters. “We participated in the study done by Dutch electricity network operator Tennet to build an artificial island in the North Sea where hydrogen could be produced from offshore wind. We are involved in the 10 MW electrolyzer being built at the Shell Rhineland Refinery in Wesseling, Germany, and in the conversion of Vattenfall’s gas-fired Magnum power plant in Eemshaven, the Netherlands, to hydrogen. In Australia we are involved in most major green hydrogen projects.”

According to Wouters, who joined Worley in 2017, hydrogen offers the oil and gas business a great many opportunities. “The great advantage of hydrogen it that it’s extremely versatile. It can be used in all the corners of our business. Downstream, midstream, upstream, everywhere.”

For Worley, hydrogen projects offer many synergies with existing activities, notes Wouters.
“If you look for example at green hydrogen projects in refineries, or in the chemical industry or in ammonia production – we operate in all these sectors. We know them intimately. Or take the idea of producing hydrogen on offshore oil platforms, which is now being investigated in the North Sea. Our subsidiary Intecsea did the engineering for half of the oil and gas projects in the North Sea. They know what they are up against.”

Worley even has a subsidiary, Canadian company Chemetics, that manufactures electrolyzers. “These don't produce hydrogen as the main product, but it’s not very different. We have hundreds of people who can build electrolyzer plants.”

But it’s not only private companies that are excited about hydrogen. The Middle Eastern oil states, which cooperate in the Gulf Cooperation Council (GCC), are also jumping on the bandwagon. “They are preparing for a world with far less dependence on fossils fuels,” says Wouters. “And that involves exporting renewable energy and renewable hydrogen. They see this as part of their future.”

No doubt the most ambitious project in this space is NEOM (“New Future”), a futuristic green megacity the size of Belgium which Saudi Arabia is planning to build in the north-western part of the country on the Red Sea coast. The Saudi government, which has committed $500bn to NEOM, has promised that the city will run on a zero-carbon, “100% renewable energy system”.

Worley is responsible for the hydrogen strategy of NEOM. “Green hydrogen will be an important part of NEOM’s renewable energy system,” says Wouters, who was instrumental in obtaining this assignment for Worley. “It will be used to store renewable energy. But NEOM is also looking to export hydrogen.”

“The area has superb renewable energy sources,” explains Wouters. “Not just solar power, but also lots of wind, which is quite stable and always comes at night. This combination gives them a load factor of 72% in their renewable energy production. That’s extremely high.”

This means NEOM should be able to produce green hydrogen at a very low cost. “Some $1.50 per kg,” said Wouters. “This is competitive with grey hydrogen being produced from gas today.” The Saudis are already in talks with countries like Japan and South Korea to export their hydrogen to. “But Europe is also obviously a possible destination. The Saudis could transport hydrogen by pipeline to Europe.”

How realistic are all these hydrogen dreams? “All signs show that it will happen,” says Wouters, “even though the challenges are enormous.” The point is, according to Wouters, that “the opportunities are too hard to ignore and there aren’t many alternatives that compare to hydrogen. Neither for consumers, nor for producers. If you consider what it will take to make Europe zero-carbon by 2050, which is what the Green Deal aims for, then hydrogen presents the best solution.”

Wouters provides some calculations. “If you assume that electrification will grow from 21% now to 50% in 2050, you will need 2,000 GW of solar power and 650 GW of wind power to get there. Currently, Europe is at 132 GW of solar and 205 GW of wind. But then you’re only halfway. If you want to electrify 100%, you will need to cover the entire North Sea with wind power and large parts of Southern Europe with solar. Achieving that scale is going to be difficult. Importing green hydrogen from the Sahara Desert makes a lot of sense.”

EU Commissioner Frans Timmermans, responsible for the EU’s Green Deal, does not need convincing anymore, explained Wouters, who spoke with him personally about importing green hydrogen from North Africa and the Middle East. “We lost the solar race. Let’s not lose the hydrogen race,” Timmermans has said.

“At the same time, for oil producers, hydrogen is also one of the few alternatives they have in a zero-carbon world,” Wouters explains. “Countries like Saudi Arabia and the UAE want to maintain their position as energy suppliers. Oil companies are in the same boat. Look at the plans the oil majors have presented. They are under pressure from shareholders and the financial markets to decarbonise. It’s a question of survival, really. If you see that one region after the other is turning away from fossil fuels, you have to do something.”

Again, there aren’t that many alternatives, notes Wouters. “One major advantage of hydrogen, he adds, is that the gas infrastructure to transport it is already in place to a large extent. Nobody wants to see a huge explosion of overhead power lines. Pipelines are a much more attractive option. And they are much more efficient.”

Does Wouters foresee a significant role for blue hydrogen, made from natural gas or oil, combined with CCS? “For countries like Saudi Arabia, it is certainly an option. They still have huge fossil fuel resources. And many people argue that blue hydrogen will be needed to get the hydrogen market going.” 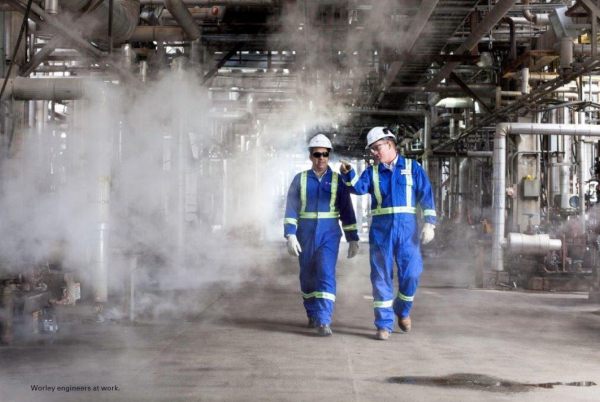 Yet there are limitations. “Blue hydrogen will at best reduce carbon emissions by 90%. And in the long term, green hydrogen will become cheaper. Green hydrogen production will be able to benefit from cost reductions as a result of scaling. You won’t have that with CCS. When one storage place is full, you will have to move to the next. It won’t get much cheaper.”

The optimistic projections for CCS made in some energy scenarios, do not appear to be very realistic, in Wouters’ eyes. “I don’t see 10,000 CCS projects appearing on the horizon.”

Yet the same could be said about green hydrogen projects. They are still far and few between. “That’s true. We are still in the sneeze phase. You know, the moment when you know you have to sneeze, but it’s not coming.” Nevertheless, Wouters adds, once the disruption has started, it can spread very quickly. “Ask the European utility companies that did not switch to renewables in time. They were hit hard. They lost many of their customers.”

What oil and gas producers should realise about renewables and hydrogen is that they can be produced anywhere by anyone. “If you are not in on the game, there is a danger you will be overtaken left and right.”

Wouters concedes that the new energy market will take some getting used to for oil producers and their shareholders.  “Renewable energy is very predictable. When you build a wind or solar farm, you know exactly what your costs will be and your output. There is very little risk. Which means you get utility returns, not the kind of returns that you can have in the oil and gas market.” There is no getting away from it, says Wouters: “Renewables are more boring than oil.”