Bart Biebuyck, Executive Director of the Fuel Cell and Hydrogen Joint Undertaking (FCH JU), which has spent €1 billion on hydrogen projects in Europe, is optimistic that his programme will be further expanded beyond 2020. “Industry has requested to double the budget,” he says, in an interview with Gas Transitions. Europe, he explains, is determined to keep its lead in hydrogen technology and to keep the jobs at home. “We don’t want to make the same mistake we did with solar panels and batteries”. 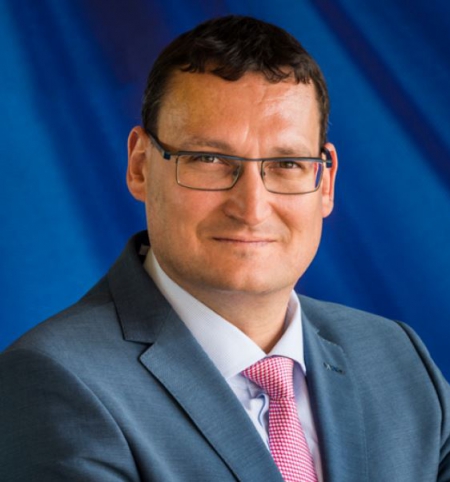 There are few people who have a better overview of what is going on in the European hydrogen market than Bart Biebuyck. The Belgian engineer, who used to work for Toyota Europe, where he helped design and develop the Toyota Mirai and built the first hydrogen fuel station in Belgium, has been in charge of the Fuel Cell and Hydrogen Joint Undertaking since May 2016.

The FCH JU, as it is usually called, may have a rather technocratic name – it is nevertheless an organisation that forms the beating heart of the European hydrogen field. It brings together policymakers, industry and researchers: its members are the European Commission, industry association Hydrogen Europe (150 companies) and R&D association Hydrogen Europe Research (80 research centres and universities).

What is more, the FCH JU has been around for a while. It was founded in 2008, long before the Paris Agreement, notes Biebuyck. “There was not much interest in the topic of hydrogen back then. But there were some far-seeing people within the EU and in industry, in companies like Shell, who knew decarbonisation was coming and who decided it would be wise not to bet on just one horse.”

In the first phase of the FCH JU’s existence, from 2008-2014, the focus was very much on basic research of the first-generation products, says Biebuyck. In the second phase, which is ending this year, efforts were focused on concrete demonstration projects, while work was started on the second generation of products. “I think I can say we have been very successful in this. We have supported 263 projects, of which over 100 are still running. Some €2 billion has been invested, half of it public money and half private money. A bit more private than public actually.”

Initially, the focus of the programme was mostly on fuel cell technology for the transport sector. However, in recent years more and more attention has been directed at electrolysers, says Biebuyck. “About half the budget is in transport now, and half in energy.”

Biebuyck notes that electrolysis capacity in Europe has expanded steadily over the last decade. “The first project we did in 2010, in Belgium, was 150 kW. At that time, this was still a challenge. The energy-intensive industry was not at all interested then in what we were doing. But we kept increasing capacity and at the same time reducing costs. When we got to 4 MW, big industry sat up and began to take notice.”

Today, hydrogen is widely seen as a key technology to decarbonise heavy industry. Last year, Austrian steelmaker Voestalpine started operating a 6 MW electrolyser. In June, Shell will be starting up a 10 MW electrolyser at a refinery in Germany. Biebuyck expects this growth to continue. “Nouryon and Gasunie have made a decision to build a 20 MW electrolyser in the Northern Netherlands. That will be scaled up to 60 MW later. It is part of the FCH JU-supported European Hydrogen Valley project in that region. The next step will be to go to 100 MW. Then by 2025-2030, we should see the first gigawatt-scale electrolyser being built, and hopefully this will be in Europe.”

Biebuyck notes that large energy companies are now investing in small electrolysis companies. “Half of our members are SMEs. This is where most innovation comes from. The large players are now increasingly funding them. Shell invested in HyET in the Netherlands, EDF invested in McPhy in France, Linde invested in ITM in the UK, Cummins from the US took over Hydrogenics in Belgium. This is part of what our organisation has to offer: it brings players together. This is a good thing, because the SMEs need money to grow.”

For European policymakers, says Biebuyck, a key consideration to support hydrogen is that they want to make sure Europe will stay in the lead internationally, not just in basic research and technology, but in actual production. “We have a three-year lead over our international competitors and we are determined to keep that. Hydrogen technology was born and grown in Europe. We want to further develop it ourselves. We don’t want to make the same mistake as we did with solar PV and batteries, where we created the markets and technology and then let China and others do the production. We want to be able to export this technology and keep the jobs in Europe.”

For this reason, it is important that European electrolysis capacity is scaled up quickly, but not too quickly, notes Biebuyck. “We have a number of producers now. The ones in our projects are ITM in the UK, NEL in Norway, McPhy in France, Siemens and Sunfire in Germany. But they still have limited capacities. If they get an order for 100 MW or 200 MW it’s a full year of current production for some of them. We want demand and production capacity to grow together.”

For this strategy to succeed it is vital that costs keep coming down, says Biebuyck. “This technology is still in an early phase. We are working on new materials, new production technologies, safety standards. When you build an electrolyser in a big industrial complex, it’s a whole different ballgame in terms of safety and regulatory requirements.”

He believes the key to progress will be standardisation. “Electrolysers are built in modules. If you have a 6 MW electrolyser, it consists for example of 5 modules of 1.2 MW. When you go to 100 MW, you need modules of 5 or 10 MW. That presents new challenges.”

Although electrolysis is getting most of the attention at the moment, Biebuyck says that the transport market for hydrogen should not be ignored. The advantage of the transport market, he notes, is that it offers higher margins than industry. “Industry is very competitive. You need very low-cost green hydrogen to compete with existing alternatives. ‘Grey’ hydrogen currently sells for €1.50/kg. When you make blue hydrogen, with CCS, you add perhaps €1 to the cost. Green hydrogen costs between €3 and €6 per kg.”

By contrast, we target that in transport hydrogen can be sold at €6/kg, says Biebuyck. “Diesel or gasoline costs roughly €6-€7 per 100 kilometres. If you make green hydrogen at €3/kg, then add transportation costs, say about €2 for 200 kilometres, you can take it to the pump for €5/kg, and sell it at €6. Then you are competitive with diesel and gasoline and still make a profit. So industry may use larger volumes but transport offers better profit margins.”

With regard to hydrogen use in the home heating market, Biebuyck believes this will take longer to develop. “What we will see is hydrogen blended into gas. We will also see burners that can cope with blended hydrogen in natural gas up to 100% pure hydrogen. These are already being made in Europe. Another option is the micro-CHP. I have a micro-CHP installation at home which runs on natural gas. It splits gas into hydrogen and CO2 and uses the hydrogen for heating and electricity. This reduces CO2 emissions by 40% compared to a normal gas burner. In Japan they are already making micro-CHP installations running directly on hydrogen. We will see that in Europe as well.”

Biebuyck believes that for new buildings heat pumps and geothermal energy may be very good solutions while micro-CHP solutions is very suitable for renovating existing building stocks. He adds that to reach its climate goals, Europe will have to refurbish 2-3% of its building stock annually. “We are only doing something like 1% now.”

There is no question in Biebuyck’s mind that the natural gas industry will be greatly impacted by the transition to a zero-carbon economy. But it can still play a role. “The EU is now preparing a new Gas Package. Hydrogen will no doubt play a prominent role in that. What that role will be is not clear yet. Will blending become mandatory? At what level? 10%? 20%? Or do we go to 100% hydrogen pipelines? Will blue hydrogen be supported? All that is still under discussion.”

Biebuyck is personally convinced that ‘blue’ hydrogen, made from natural gas in combination with CCS, will be needed to grow the market. “If we just rely on ‘green’ hydrogen, made from renewables through electrolysis, it will greatly hamper development of the market. There are not sufficient volumes of renewable energy available in the short term to produce the volumes of hydrogen we need.”

How long blue hydrogen will be around is another matter. “It’s likely to be a bridge. It can’t stay in the mix forever. Much will depend on how quickly exports of green hydrogen can be developed from regions like Northern Africa, Chili, Australia and the Middle East.”

Although FCHJU’s funding term ends at the end of 2020, and no decision has been made yet on funding for the next period, Biebuyck is optimistic that his organisation will be able to continue to play its key role in the European hydrogen market, in particular through continuous development of innovative and low-cost technologies. “There has been an impact assessment with very positive results. However, we will change our name. That’s already been decided. The current working name is the Clean Hydrogen Partnership. The new initiative could even become bigger than the existing one. The stakeholders are eager to expand the programme. Industry has put in a request to double the budget for the next period.”

One reason why FCH-JU is looking for a bigger budget is that it will add a new pillar to its activities. “So far we have focused on transport and energy. Now we will also be looking at distribution and storage of hydrogen. Distribution can be done through pipelines, or in liquid form with ships and trucks. These technologies already exist. But they will need to be scaled up. On the storage side, we will need to expand our capacity to store liquid hydrogen.”

In the transport sector, the emphasis will shift from passenger cars to heavy-duty transport, says Biebuyck, i.e. trucks, ships, trains and – very importantly – aviation. “We will soon be coming out with a study on the potential of hydrogen in aviation which I believe is going to be very influential. Hydrogen could be a game changer in aviation. Biofuels are an alternative, but I don’t think we will have enough sustainable biofuels available to meet demand.”

One more reason to be optimistic for Biebuyck is that the EU has announced several initiatives to promote the hydrogen market. It has designated hydrogen projects as Important Projects of Common European Interest (IPCEI), which allows for exemption of state aid rules. In addition, in March 2020, the European Commission launched the Clean Hydrogen Alliance, which puts hydrogen at the heart of European industrial policy.

Then there is the revised Renewable Energy Directive (RED2), which sets renewable energy targets for 2030 and contains provisions favourable to hydrogen. “RED2 is very important for us,” says Biebuyck. “One important measure is that refineries will be able to include upstream emission reductions into their performance targets. This will encourage the use of clean hydrogen in upstream activities and will give a boost to the electrolyser industry.”

For Biebuyck one thing is crystal clear. There is no way Europe’s climate targets can be met without hydrogen. “Under the Green Deal we need to reduce emissions by 50-55% by 2030 and be carbon neutral by 2050. Neither target can be met without hydrogen. Everyone now agrees on that. Three years ago that may still have been in doubt. Since then many studies have been done and they leave no other conclusion.”