EU targets for developing hydrogen transport infrastructure will be key to overcoming the “chicken and egg” obstacle to scaling up demand and supply for the fuel, according to Daniel Muthmann, chairman of the European Hydrogen Backbone (EHB) initiative. 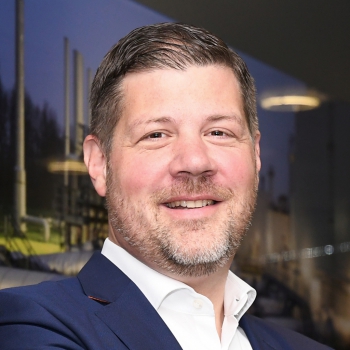 In its REPowerEU plan released in May, the European Commission called for hydrogen demand to reach 20mn metric tons/year by the end of this decade, with half covered by domestic supply and half by imports. But Brussels has stopped short of introducing targets for establishing the infrastructure to transport the fuel, and Muthmann believes this is a shortcoming.

“If you tell the market that this system will be operational by a set point, then the dynamic changes. If you’re a hydrogen developer you can start talking to customers because you know the pipeline is going to be there. If you’re a customer you can start investing in your production processes to switch to hydrogen,” Muthmann told NGW on the sidelines of the Gastech conference in Milan, Italy, on September 7. “We can break through this chicken-and-egg cycle.”

The EHB initiative was unveiled in mid-2020, aimed at creating a hydrogen transport network, originally only for northwest Europe, comprising both repurposed gas pipelines and dedicated new ones. But its scope has since been expanded to cover 28 countries, involving 31 transmission system operators (TSOs). It now envisages a network some 28,000 km in size by 2030, enlarging to 53,000 km a decade later. The EHB plan comprises five main corridors for moving imported and European-produced hydrogen to demand centres.

Logistics are key for Europe’s hydrogen ambitions to be realised, Muthmann said, as hydrogen, particularly when it is green, is often produced in different locations to where it is used. And a continental-wide network is needed to ensure that supply is secure and as affordable as possible.

For existing gas grid operators, hydrogen can give their infrastructure a new lease of life, and these operators also have the relevant experience to take the lead in developing the transport system.

The EHB’s work so far has involved a lot of “mythbusting,” according to Muthmann, demonstrating that it is feasible to transport hydrogen over long distances. Hydrogen may have a lower energy density than natural gas, but it also has a higher flow velocity because the molecules are smaller.

“You can compensate for a lot of the lower energy density with the higher flow velocity,” he says. “We’ve estimated – and this has been confirmed by a number of institutes – that if you take a gas pipeline and operate it at an equivalent pressure with hydrogen, you’ll get about 80% of the energy transport capacity.”

The EHB estimates that moving hydrogen will cost €0.11-0.21 ($0.11-0.21)/kg/1,000 km, which it has said makes its plan “the most cost-effective option for large-scale, long-distance hydrogen transport.” The biggest source of cost uncertainty relates to compressors, as hydrogen compressors of the scale needed for the transport system are not on the market yet. The EHB consulted its TSO members to come up with its cost range.

The cost of building the system is assessed at €80-€143bn ($87-$155bn), with uncertainty there relating to the differing designs and conditions of gas pipelines that have been built in Europe over the years.

Early on in its planning, the EHB ruled out developing a transport system based on blending hydrogen into the existing natural gas flow as an option. Given how many injection and withdrawal points there will be, and the intermittency of green hydrogen supply, maintaining a stable quality of hydrogen-natural gas mix would be very difficult. All countries would also have to have the same rules on blends to enable cross-border trade across the continent, and most customers will want pure hydrogen anyway, he said.

There are still a lot of decisions to be made on how the hydrogen transport system can best be developed in terms of policy, and the EHB is working with the European Network of Transmission System Operators (ENTSO-E) and Gas Infrastructure Europe to reach a consensus.

“The focus now is on implementation, and then we will need to engage with policymakers in Brussels about the next steps,” Muthmann said.

Among the key considerations is the role that the EU’s projects of common interest (PCI) framework can play. PCIs enjoy access to EU funding and eased permitting. In a regulated market, it is important that governments help de-risk investments in hydrogen infrastructure, in order to incentivise those investments without passing too much of the cost to customers during the initial phase when those pipelines may only be operating at a low capacity.

The energy crisis may have shifted focus to energy security in the short-term, especially in the coming two winters. “But it is also a wake-up call, that we have to bite the bullet and move faster towards a new energy system,” Muthmann said. 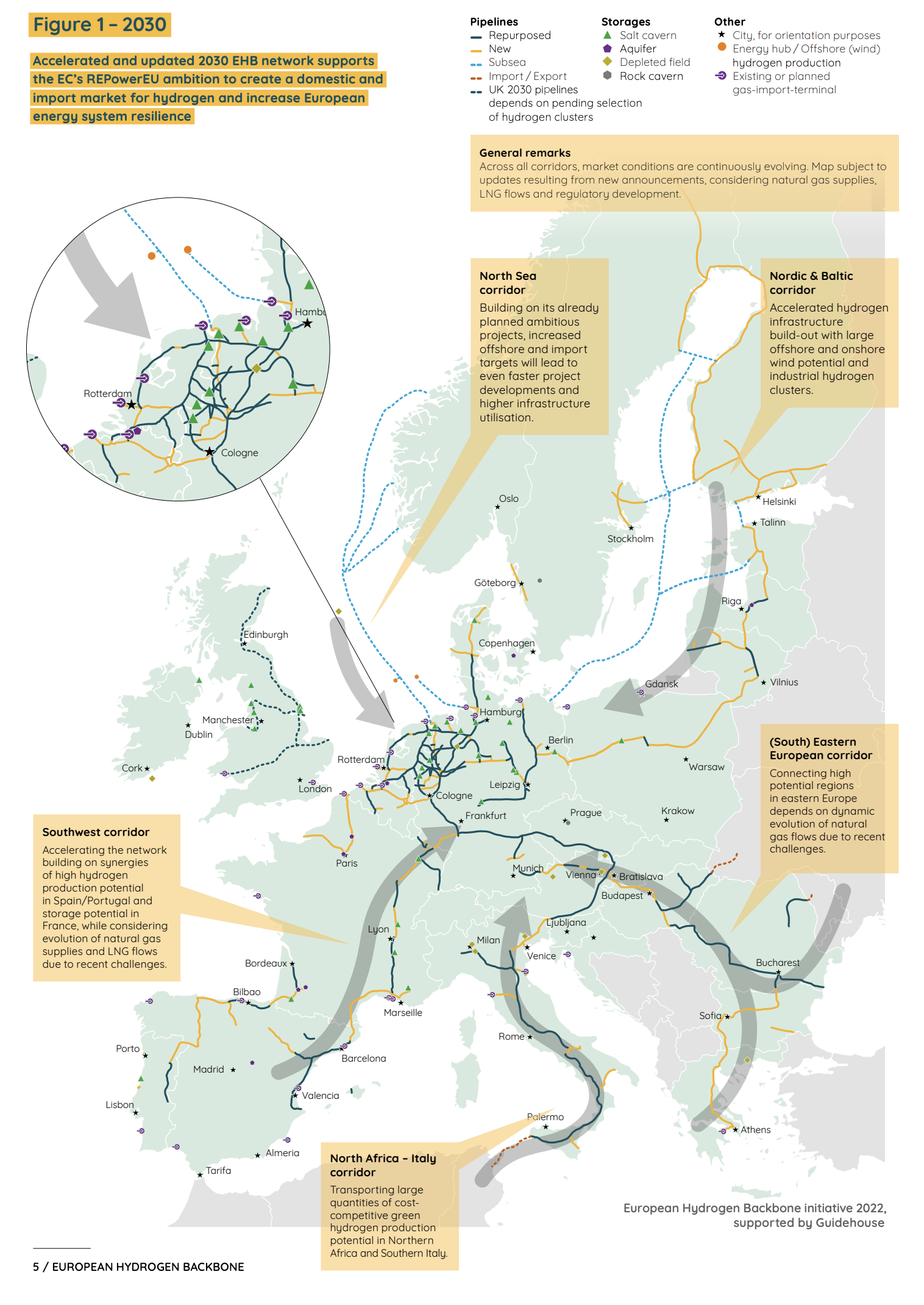