Ineos to Prospect for UK Shale in E Midlands

UK-registered petrochemicals firm Ineos is to start a 3-D seismic survey of 250 km² of Nottinghamshire in search of shale early next month, the council said in a statement May 11. The council said the firm has submitted details about the areas to be surveyed, which extend into Derbyshire and Rotherham, and how the survey will be undertaken."

Planning permission is not required as government planning rules state that it is 'permitted development', although future development would require full planning permission. Ineos wants "to gain a better understanding of the geology  and rock formations below the ground to understand where shale gas might  be located. This will help the company to identify sites where future  shale gas development could be undertaken," the council said, adding just in case of any lingering doubts that "no hydraulic fracturing would be undertaken as part of the survey." Hydraulic fracturing is likely to attract local opposition.

Ineos has confirmed that no seismic surveying will be undertaken within the Sherwood National Nature Reserve and a number of other areas of conservation or scientific interest. 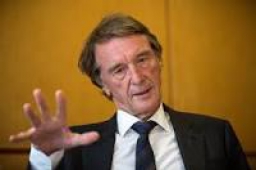 The council has approved two exploratory shale gas well sites between Barnby Moor and Blyth (Tinker Lane, Dart Energy site)  and at Springs Road, Misson in Bassetlaw (Igas is the operator but French Total is the major shareholder). But it has not received planning applications for hydraulic fracturing.

Ineos already has UK upstream gas and condensates production, which it bought from oligarch Mikhail Fridman's Letter1 as the government forced it to sell the Breagh and other fields, alleging that Russian ownership of gas assets could be a risk to security of supply. Ineos is also importing ethane from the US, for feedstock in its UK and Norwegian petrochemicals plants.

The ‘Carbon Neutral Petro-State:’ An Oxymoron? The UAE Thinks Not