For India to achieve two significant commitments – meeting the Paris Agreement on climate and the 2030 Agenda for Sustainable Development Goals – it has to ensure access to affordable, reliable, and cleaner energy.

Whether or not that has influenced its decision to make market signals as clear as possible, the government launched in June IGX, a gas exchange initially for short-term trading, on which LNG importers and some domestic gas producers will be able to sell their surplus. 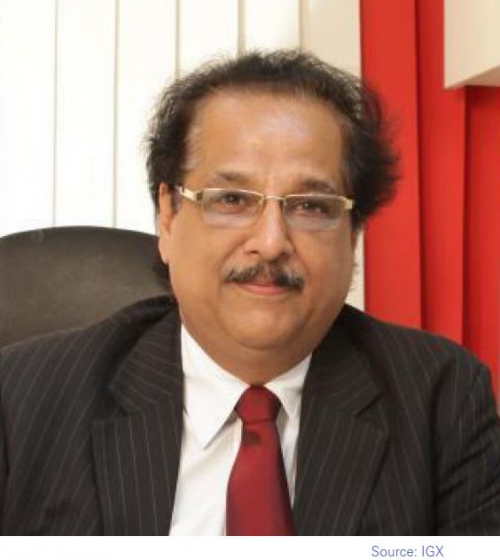 India’s gas had previously been sold at heavily regulated prices in an opaque mechanism to protect certain classes of consumer, such as fertiliser manufacturers. But this principle is being slowly abandoned. If India is to achieve its aim of expanding its gas economy, markets are the way to generate effective price signals and to provide an investment boost across the value chain.

New Delhi has been very vocal about its determination to turn the country into a gas-based economy. The government wants to expand the share of gas in the energy mix from over 6% at present to 15% by 2030. Last year, Indian petroleum and natural gas minister Dharmendra Pradhan said that gas demand has to rise to 600mn ft3/day to achieve a 15% share in energy basket from 166mn ft3/day now.

Pradhan said that his government has undertaken various reforms to promote the growth of the gas sector in India, including pricing and marketing freedom and diverse sourcing, among others. He also said India is set to spend $60bn on gas infrastructure over the next few years, covering gas pipelines, LNG import terminals and city gas distribution (CGD) networks.

“With this landmark, India is joining the club of progressive economies as there will be a market-driven pricing mechanism, India Gas Exchange will play a bigger role towards realising a free market for gas,” Pradhan said during the launch ceremony of IGX.

The minister further stated that the Indian downstream regulator Petroleum and Natural Gas Regulatory Board will soon announce a "pro-business" tariff policy for gas transport. "The government has no business to be in business and the consumer is the king in a free market," Pradhan said, signalling a retreat from heavy state intervention.

The IGX features multiple buyers and sellers to trade in spot and forward contracts at designated physical hubs. The delivery-based exchange will start off by offering a range of delivery periods from day ahead to month ahead – and intervals between – at the Dahej and Hazira Hub in the western state of Gujarat and Oduru/Kakinada in the eastern state of Andhra Pradesh.

The director of IGX, Rajesh Mediratta, told NGW that IEX had shown how things can be done better in the electricity market. He said it had transformed the sector by enabling the shift from rigid, long-term contracts to a dynamic, market-based contract system. This provides signals that enable the expansion of generating and transmission capacity and also the integration of renewable energy into the grid. This in turn reduces prices for distribution companies and thereby end consumers. In the same way, he said, “IGX will generate effective signals and provide an investment boost across the gas value chain.”

India is a large importer of gas and almost half of its consumption is met by imported LNG. The regasified LNG will be sold to buyers through the exchange, removing the need for buyers and sellers to find each other. Coalbed methane producers, of which there are three – GEECL, Essar and Reliance – also have pricing freedom, so their output may also be sold on the exchange.

And early last year, the government allowed producers to freely price the gas from those new discoveries whose field development plan or investment proposal is yet to be approved. This applies to gas produced by both state-run and private companies. According to media reports, state-owned ONGC is sitting on two dozen discoveries that it has not been able to produce because of government mandated price was less than cost of production. Reliance too has discoveries in east coast block NEC-25 where it can produce after the new freedom.

Some locally produced gas is under the administrative price mechanism whose price is set every six months and that gas will be excluded from IGX.

Mediratta said that competitive, market-based pricing was what gas importers needed in order to be able to sell their gas easily. “IGX will benefit the importers by enabling the sale of gas throughout the year in the most flexible and transparent way; it will offer counter party risk management, allow for greater outreach in terms of market and customers, and also provide a payment security and shorter payment cycle,” he said.

More hubs in the offing

IGX has chosen three hubs – two on the west coast and one on the east – to begin with. These hubs were chosen because they are where numerous buyers and sellers are active. They already have a robust pipeline infrastructure in place.

IGX already has plans to expand to more hubs in the future and will be selecting hubs that are critical from overall sectoral development and allow for adequate liquidity thereby aid efficient price discovery. Mediratta said IGX will be able to share more details once plans are finalised.

With IEX having tasted success, Mediratta believes IGX too will make a strong impact. “As we launch the market from physical delivery hubs in Dahej, Hazira in Gujarat and Oduru in Andhra Pradesh, we expect to capture around 2% to 3% of the spot market share in the first year,” he said. “Later on, in the next three to five years, we expect some of the critical enablers such as the regulatory framework, an independent system operator, rationalisation of transmission tariff and inclusion of gas under GST [goods and services tax], to be in place which will help us grow in volumes and market share exponentially.”

Through its membership drive launched in March this year, IGX already has 12 members and more than 450 registered clients covering all gas consuming sectors such as CGD, fertiliser, power, glass, ceramic, among others. Members on the exchange include India’s biggest gas marketer Gail; its biggest LNG importer Petronet LNG; Manikaran Power; GMR Energy Trading; Kreate Energy; and Adani Gas among others.

"We are working with few big players to be market makers. We hope that such market makers will bring additional liquidity," Mediratta said.

Going forward, the primary customers for IGX will be CGD companies. Mediratta believes that with the increasing use of gas to meet household energy needs, CGDs will expand their networks and they will need a reliable supply of gas at affordable prices to serve their customers.

“Large industries such as fertiliser, ceramic and glass, petrochemicals industry among others which heavily rely on gas as a fuel and raw material for manufacturing and power plants which rely on natural gas instead of coal for power generation will also be key customers for IGX,” he added.

If IGX manages to achieve what it is aiming for, the twin challenges of lack of indigenous pricing benchmark and market-determined pricing can get addressed to a large extent in the coming years. However, Mediratta argues, for the true potential of the sector to unfold, India needs to ensure continued supply of gas at competitive prices for the consumers in India.

At present, the pipeline infrastructure necessary for the transportation of natural gas is controlled by the companies that own the network. State-run Gail owns and operates India’s largest gas pipeline network, which is more than 12,000 km long.

“We expect more rational and market-friendly regulatory framework in the near future which will further boost the industry.  We are seeking rationalisation of transmission pricing; route-distance-based transmission pricing is a deterrent for market growth. Entry-exit pricing or unified price is best for markets to evolve,” he said.

Fair and non-discriminatory network access rules, including the publication of available transport capacity by each pipeline operator, will help create better competition, he added. “Further, we feel the creation of a system operator with a uniform system of capacity booking will help resolve conflicts across pipeline operators.”