If Trump Wins, What Looms for US LNG for Europe?

All along most of the 2016 U.S. election trail the issues of energy policy have been conspicuously omitted by the frontrunners, instigating certain uneasiness among the industry actors, investors, trading intermediaries, stockbrokers, insurance agents and shippers. At last, the silence has been broken, partially.

Energy topped the agenda of a public rally and discourse in Bismark, North Dakota, bringing some relief to the interested parties noted for their divergent views on tapping the offshore oil deposits, widening the application of the fracking technologies, and above all, earmarking shale gas either for exports or for the domestic market.

The shades and twists of the U.S. energy policy in the time span of the next four years constitute a vital issue for the European Union. Any new accent or twist that U.S. export priorities might acquire make a lot of difference, in particular for the countries of Southeast Europe now being encouraged to place their bets and money on the steady if not necessarily cheap American LNG cargoes.

Finally, it was the Republican standard bearer, the flamboyant maverick who flies around the country on board his personal airplane – nicknamed “Trump Force One” – with 24-karatgold bathroom fixtures who has thrown his hat into the ring, which was basically shied by all other contenders from both camps vying for residence in the White House.

As a starter, it is worth to point out that Donald Trump sounded like a classical laissez-faire guru who is preaching non-interference and even withdrawal of the government from the economy, abandoning the current regulatory zeal of the Democrats, and leaving the show to be run by business itself. “Energy independence is my policy, and I would say that is what we all want”, Trump said. He called on the federal government “to get out of the way” of the energy industry.

It meant, among other things, that the enfant terrible of the Republican weird panopticon, the abrasive iconoclast, whom Mitt Romney, the failed nominee from 2012, accused of "absurd third grade theatrics", opposes the Democrat's craving to shut down or at least curtail to the minimum coal production.

It remains unknown whether or not Trump, if elected President of the U.S.A., would support the shipment of cheap American coal to Europe. Yet, there is a high probability he would do it to meet the expectations of a plethora of energy actors that are making hefty profits on the renaissance of dirty power generation on the other side of the Atlantic. If so, Europe must sigh with relief: it is assured of steady supplies of heavy-polluting substances for years to come.

Unsurprisingly, Trump positioned himself as a friend of hydraulic fracturing (fracking), the root cause of the “shale boom” that brought the much-sought sustainability of the energy sector and its acquisition of a remarkable export potential. Quote: “Through modern technology, we found out that we (the United States) are sitting on energy like no one would believe.” Quite expectedly, he used the opportunity to lambast his opponents from the other party:

Not to alienate the “green” voters, Trump praised the renewables, notably solar power but added a few dissonance remarks, saying windmills in California are “killing hundreds and hundreds of eagles. Plus it is very, very expensive and doesn't work without a subsidy.”

Going back to fracking, it is noteworthy that Trump’s counsellors must have briefed him properly. He showed awareness that under the present oil low-price environment new drilling has almost come to a halt, while marginal shale gas companies struggle to survive, and even bigger fish like Chesapeake Energy Corporation are looking shaky having to settle royalty lawsuits and sell assets to keep afloat. Trump probably had this background in his mind when he pledged to the responsive audience in North Dakota to endorse policies assisting the price for WTI to climb back to $50 per barrel.

It was rather predictable. Robert Rapier, a chemical engineer with 20 years of international engineering experience in the energy business, the author of Power Plays: Energy Options in the Age of Peak Oil, noted the difference of the two parties on these issues.

“Democrats and Republicans tend to advocate very different energy policies. Republicans are friendlier to the oil and gas industry, while Democrats generally lean toward renewables. We saw this play out in the spending bill adopted at the end of 2015, when Republicans won an end to the crude oil export ban in exchange for an extension of tax credits for wind and solar power,” Mr. Rapier wrote recently in the Energy Post.

Basically, the energy aspect of Trump’s “America First” motivation amounts to total energy independence, which has already liberated U.S. foreign policy of the necessity to be sensitive to the whims and ambitions of theKingdom of Saudi Arabia. Trump wants to revitalise domestic energy sector for it to contribute to a steadfast revenues’ flow to the federal budget thus cutting deficit and providing jobs.

Given Trump’s focus on bringing home all of it, like bringing the bacon home and “bringing boys back home by Christmas”, and also repatriating production facilities and investment, it is all too probable that the extravagant billionaire, who challenges certain segments of the U.S. establishment, would be all too eager to push up oil prices to make it once again expedient to drill for shale and raise the margin of profit for domestic energy producers.

It is highly likely that President Trump would not stop short of taking a hard-line approach toward OPEC and Saudi Arabia and the rest of it. He would be a hard-nosed ruler ready to rough any of the adversaries or vocal opponents who might come in the way of the new American Dream, rebranded by Trump to “America First” – it has a worrisome prospect that under certain circumstances Europe would find itself on the receiving end.

The diminished dependence on imported oil (cut by almost 70%) has made Trump gloat gleefully at the perspective of achieving full energy independence. As Gary Hart correctly intoned in his article on the ABO - About Oil portal, “Just a few short years ago the United States could not have undertaken nuclear negotiations leading to the lifting of economic sanctions against Iran for fear of alienating the Kingdom of Saudi Arabia, upon which we have been so dependent for oil supplies.” Trump is the one who would capitalize on partially parting with the uncomfortable donor of desert oil.

In sum, the stance taken on energy issues by the winner of the Republican primaries is more or less clear. Some sticking points remain like Trump’s claim that oil price slump is a totally “self-inflicted” problem and he is resolute to deal with it through his policy of “complete American energy independence.”

In fact, it sounds rather confusing. It does not provide any hint what tools and methods would be applied by the possible new US President to push up domestic oil prices if he has advocated the federal government “to get out of the way” of the energy sector. 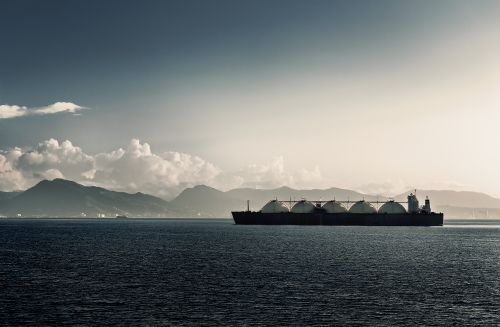 But, supposedly, the US administration under Donald Trump somehow manages to seduce oil prices to grow, say, up to $50 per barrel or more, which will make prospecting, drilling and production of shale oil and gas once again a most profitable enterprise. It might fit well into the concept “America First” but might not bode well with the unarticulated slogan “Europe First”.

Here is the list of simple questions that have no answers so far: How exactly would it translate into the end price of US LNG shipped to end-consumers in Europe? How will it be reflected in the final bills? For instance, will the Greek clients “on the receiving end”, that is at the LNG Terminal in Alexandroupolis be happy with what they get?

Trump has not assured a resident’s permit at the White House but he has already secured a place in contemporary American politics, having influenced the political agenda, including the intellectual discourse and also down-to-earth debates on energy issues. The controversies and vagueness of some of his pledges makes it a must for the Europeans to keep a close watch on the “America First” guy.

This article was published by the Research Centre for Energy Management (RCEM) at ESCP Europe Business School, a Natural Gas Europe Knowledge Partner.