The Council of the EU, representing the EU member states, and the European parliament, recently adopted their respective proposals for EU emissions trading system (ETS) reforms which means negotiations on a final dossier have now begun. 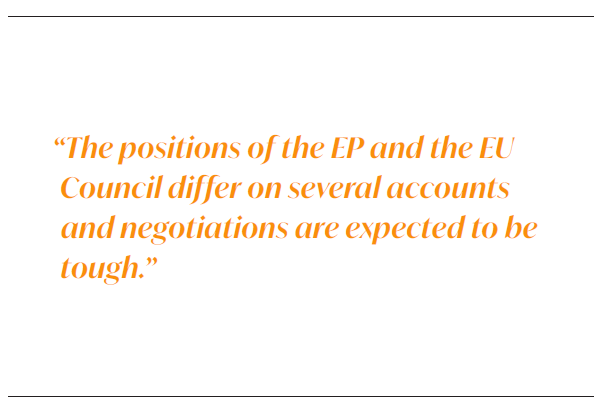 The reforms are of high importance for the gas industry. Prices for EU allowances have increased substantially over the years and are currently trading around €80/metric ton. The surge in prices, owing to regulatory reforms and a tighter cap on the supply and availability of allowances, initially gave gas-fired power generators an advantage over coal plants which emit more CO2 and whose operators have to purchase more allowances to cover emissions. However, the sharp rise in gas prices in recent months means that coal has boosted its market share in power generation and high carbon prices have not prevented this from happening.

Many expect carbon prices to continue to rise once the new reforms have been implemented. This is because the supply of allowances will be reduced further. The question, however, is how ambitious the new reforms will be.

“The Council and Parliament held an opening trilogue on ETS on July 11. The next one will be in September. We are expecting several trilogues before they get closer to an agreement, the timeline is hard to predict for the moment,” one EU source tells NGW.

The positions of the EP and the EU Council differ on several accounts and negotiations are expected to be tough. The EP wants to reduce emissions in the ETS sectors, which includes power generation, heavy industry such as steel and aluminium production, refineries and aviation, by 63% by 2030, compared with 2005 levels. The European Commission’s original proposal was a 61% reduction in emissions by 2030. 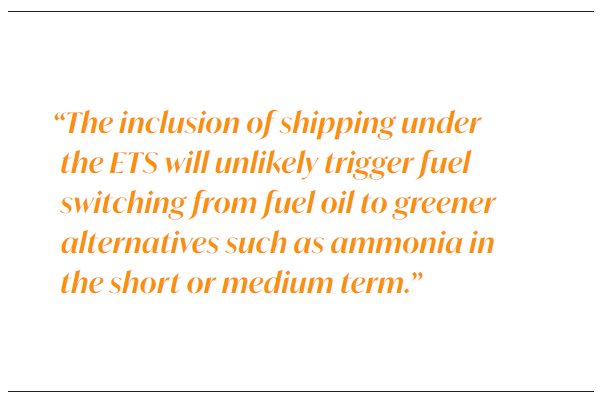 To achieve the 63% reduction target, there will be cuts to the annual supply of allowances by 4.4% until the end of 2025, rising to 4.5% from 2026 and to 4.6% from 2029, according to the EP’s position. Under current arrangements, the annual reduction of allowances, or linear reduction factor, is 2.2%.  The EP also wants to phase out free allowances for industry from 2027 and to end free allowances by 2032. Many heavy emitting industries receive most, or in some cases all, of their allowances for free in order to prevent carbon leakage – industries relocating to jurisdictions with less stringent climate policies and lower costs. However, the EU Carbon Border Adjustment Mechanisms (CBAM) will, according to plans, introduce a levy on imports from goods imported from non-EU countries, a move which the EU hopes will prevent carbon leakage and create a level playing field between industries at home and overseas. The levy on imports, or carbon tax, will be similar to the ETS price.

The EP also wants to see more allowances taken out of the market under Market Stability Reserves (MSR) until 2030. Allowances will be put in the reserve if the surplus in the market reaches a certain threshold.

The Council’s position is to keep the EC’s original target of 61% emissions reductions in the ETS sector by 2030, two percentage points lower than the EP’s proposal.  As for the supply of credits, the Council wants a one-off reduction of 117mn allowances and to reduce the annual supply of allowances by 4.2%.

The Council supports the plan to take more surplus allowances out of the market under the MSR, but wants to release allowances from the reserve in case of excessive price rises. Free allowances for sectors covered by the CBAM should be faced out between 2026 and 2035, according to the Council’s position.

As for the €48bn ($49bn) EU Modernisation Fund, which is financed by revenues from auctioning ETS allowances, the Council adopted the position that natural gas projects will in principle not be eligible for support from the fund. However, the Council introduced a transitional measure allowing the beneficiaries of the fund to continue financing natural gas projects under certain conditions, it said. The beneficiaries of the Modernisation Fund are 10 lower income states; Bulgaria, Croatia, Czechia, Estonia, Hungary, Latvia, Lithuania, Poland, Romania and Slovakia.

Whichever compromises the EP and Council find in the end, the expectation is nevertheless that there will be fewer allowances available in the market and that prices will continue to rise. This will add costs for operators of fossil-based power stations, refineries and offshore platforms, to name a few.

One of the projects selected for funding in the recent third round of awards under the €38bn EU Innovation Fund, which is also financed by auctioning carbon allowances, was the Coda Terminal in Iceland where the plan is to build a mineral storage facility for CO2. The CO2 will be transported by ship in liquid form from polluters in other nations. The Coda Terminal could be up and running in 2026 and inject 3 mtpa of CO2 by 2031, according to plans.

The developer, Carbfix, says the cost of transport and storage is in the range between €35-65/mt, which is well below prices for CO2 allowances. Of course, this estimate does not take into account the cost of building carbon capture equipment where the emissions take place. But it illustrates that, as the cost of technologies fall and carbon prices go up, such projects are beginning to look more economically viable than before.

The maritime sector now also looks set to be included in the EU ETS as part of the upcoming reforms. MEPs in the EP want to cover 100% of emissions from intra-European shipping routes as of 2024 and 50% of emissions from routes from and to the EU as of 2024. From 2027, emissions from all trips should be covered 100% with possible derogations for non-EU countries. The Council also supports the inclusion of shipping unde the ETS, but wants a longer phase-in period, in line with the EC’s original proposal.

The inclusion of shipping under the ETS will unlikely trigger fuel switching from fuel oil to greener alternatives such as ammonia in the short or medium term. This is because hydrogen and ammonia is not yet cost effective; even if carbon prices double they will not be high enough to trigger fuel switching. However, the EP has proposed that 75% of the revenues generated from auctioning maritime allowances shall be put into an Ocean Fund to support the fuel transition in the maritime sector. This could help speed up the switch to hydrogen and ammonia.

From the Editor: Carbon capture gets a boost [Gas in Transition]